For years we've lived by the Basingstoke canal nr. Woking in Surrey- hence the canoe. When our children were little they'd go out with their dad in the canoe sometimes with a tent and camp overnight on the canal bank or on the nearby river Wey. We've enjoyed messing about on the river/canal with friends locally so it's good to know that eventually when our house gets built we shall be living with water at the end of the garden 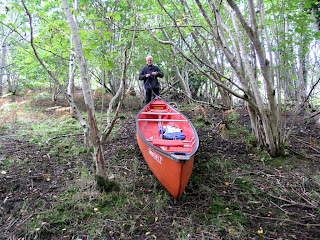 Even if it is a long way down and very steep 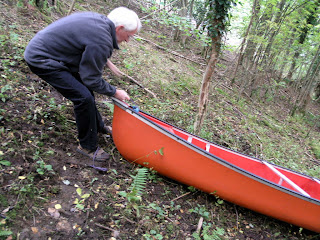 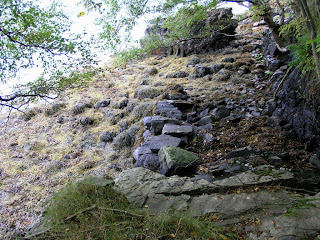 Finally, the jetty - honest. Just needs a little touching up maybe. And a neat little slipway perhaps instead of the piles of very squishy slippery seaweed 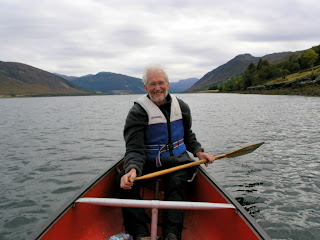 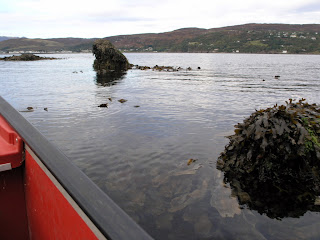 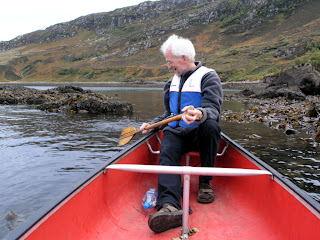 Two cormorants about to fly off. We also saw herons and two seals I don't know whether they were common or grey ones they were some way off and just their heads popped up from time to time to see what we were doing 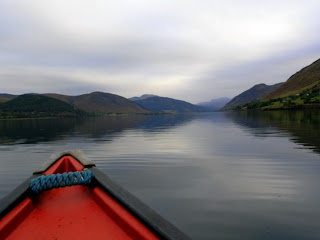 Coming Home. The tide was coming in which was in our favour and the wind had dropped so we made good time which was just as well as we were a bit..... 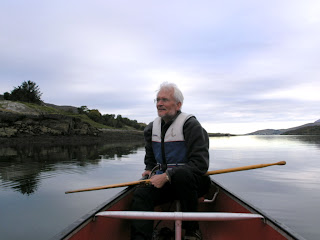 Knackered..! I didn't just hold the camera I paddled as well!