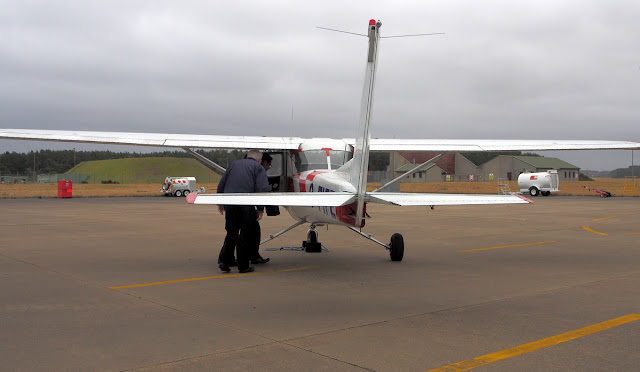 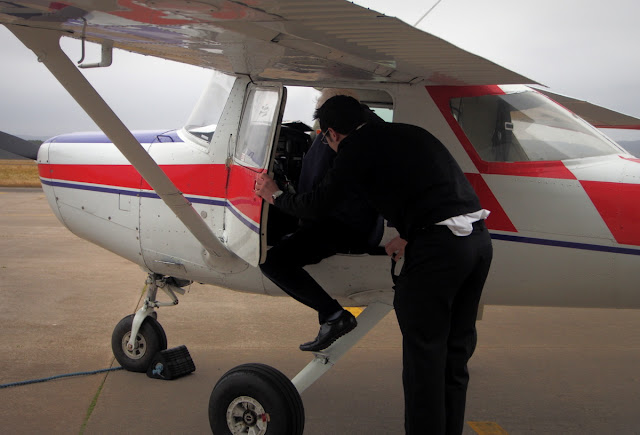 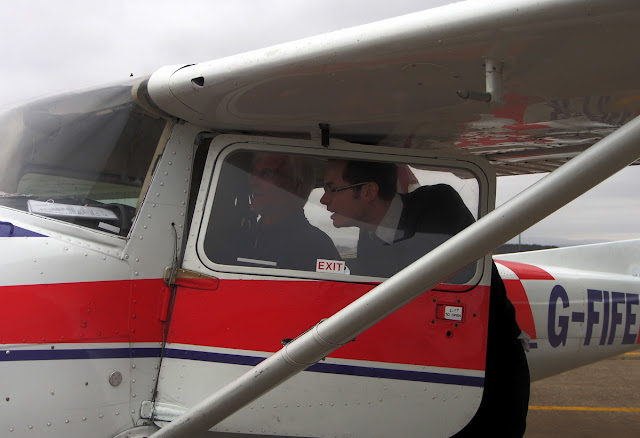 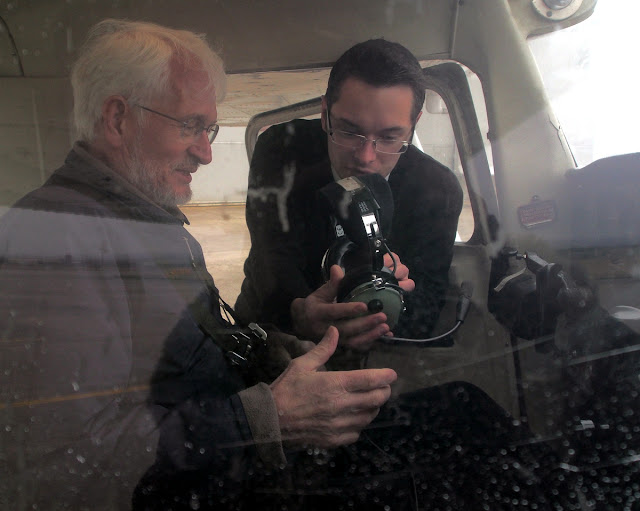 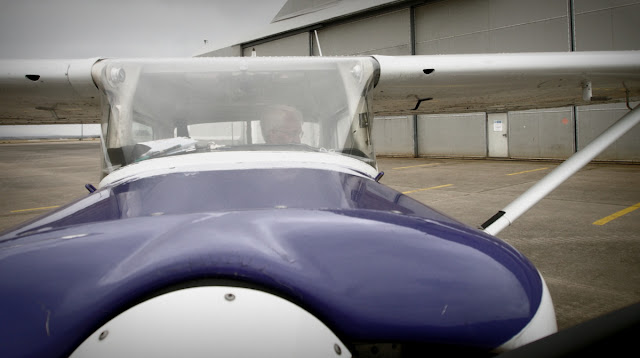 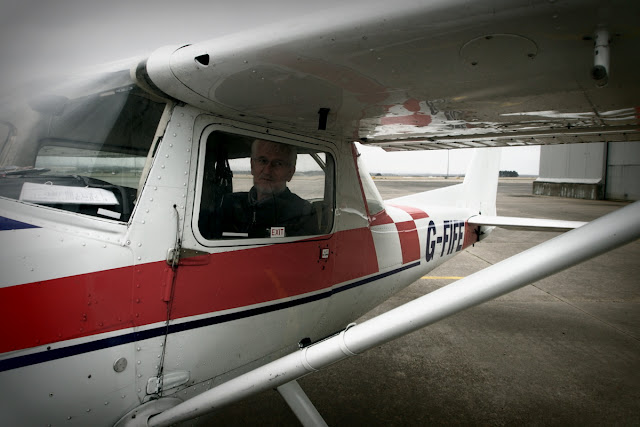 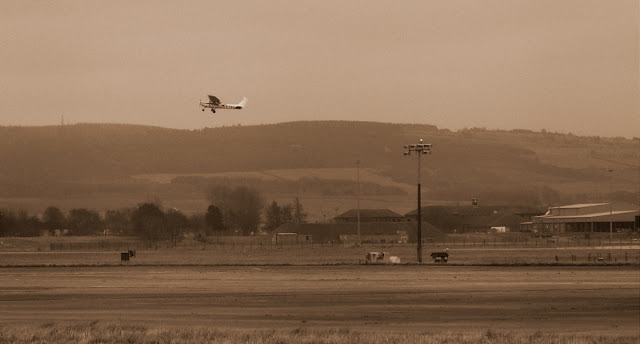 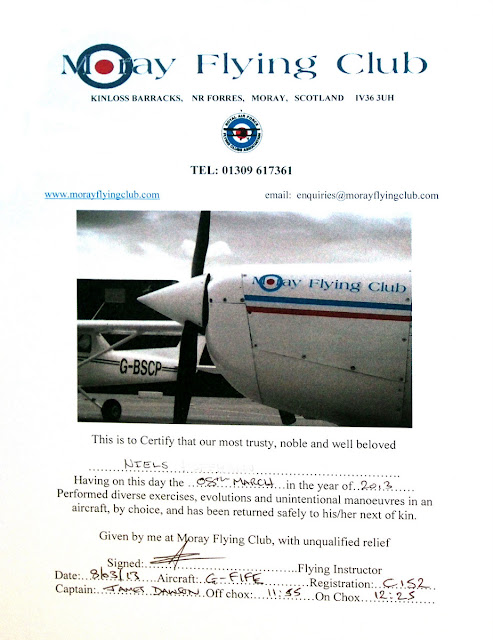 One of the presents Niels received for his birthday last year was a flight in a light aircraft where, he could, after instruction, take partial control of the plane.  After months of deliberation he finally took to the air in a tiny little plane and entrusted his life to a school boy, who, we were told was the pilot. I wondered if he'd taken the day off school?  It was a blustery cold day over on the east coast, Niels flew, with instruction from the school boy pilot along the coast and back again, bumping along in the strong breeze, taking in the view and learning, he later told me, that planes take longer to turn than a car, and go up and down and side to side quite a lot.  He thoroughly enjoyed himself and said (finances permitting) he could happily learn to fly and take to the skies. A big Thank You to the lovely  friends who gave him the opportunity to glimpse into that world that for the most part seems so far removed from our reality.
Posted by annie hoff at 22:01

Hubby says: Been there, done that and there is nothing like it in the world! Happy Birthday Niels!

Looks an excellent day out. I wish that i could afford a helicopter to wiz me up mountains for dawn shots.

The instructor does indeed look on the young side! Do you know Tash's blog at Palos Verdes Daily Photo? Her teenage son is a keen pilot.

Thank You Linda, what a lucky mum having a teenage son to fly her around!

How exciting, scary, but exciting.

What a fabulous present - I will have to drop hints for my birthday!! (although I am quite sure any such hints will be ignored!!)

What larks! And that certificate is delightful!

I love the certificate! It wouldn't be my idea of a present, but what a thoughtful gift and obviously just perfect for Neils.

Niels, Better you than me.. I'll keep skiing and sailing.....