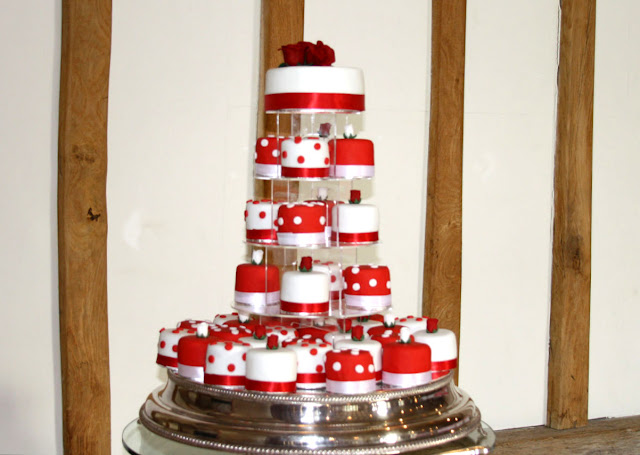 We did it! Or rather Jo did it. I did the dots and a bit of baking and masses of washing up and putting the kettle on. 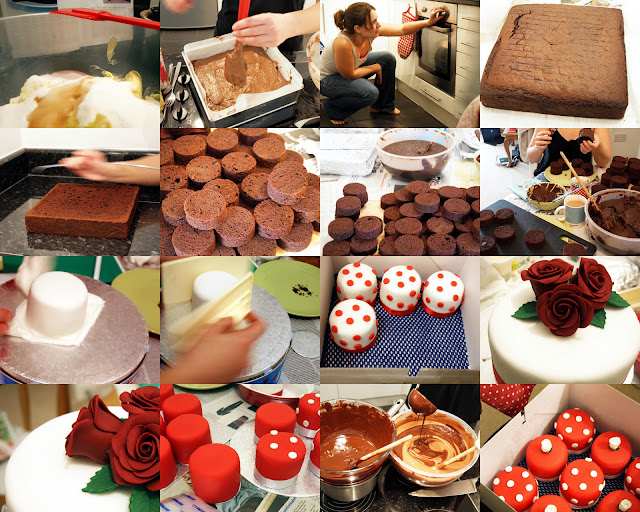 But Jo, who has never done more than make an occasional cake, produced a masterpiece. Jo, who offered (over a bottle of wine I expect!) to make her girlfriend's wedding cake. That special cake, that cake that goes on display for all to see! 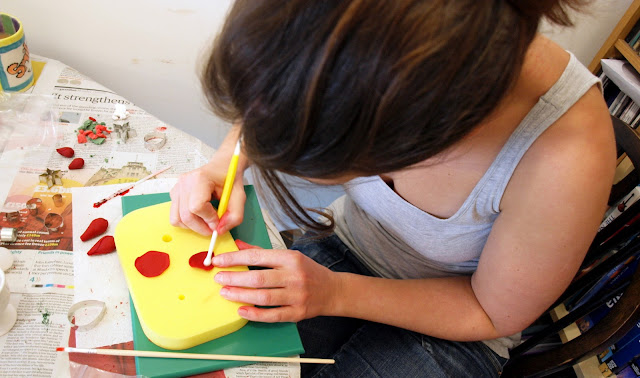 She went on a course. Her instructor said there was always one who turned up never having made a cake before but nevertheless gaily rising to the challenge of making their friends wedding cake. Jo admitted, she was that person. 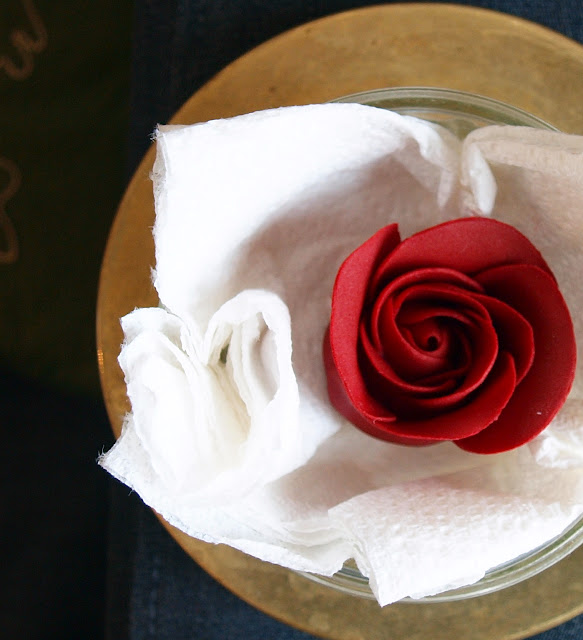 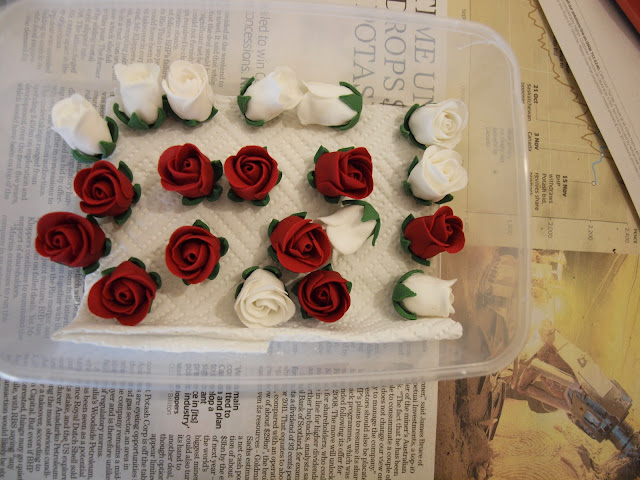 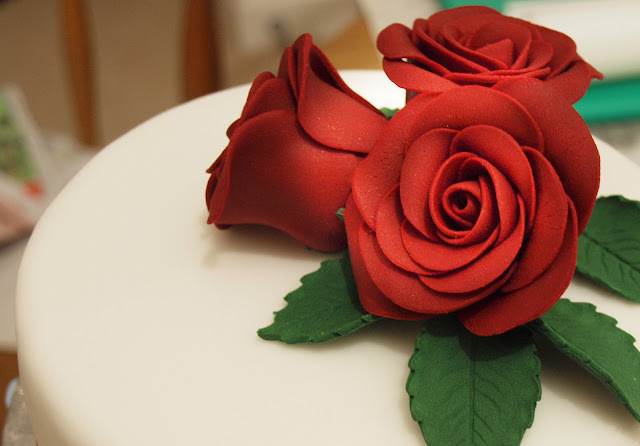 "They need to be thinner" she wailed, "more fragile" 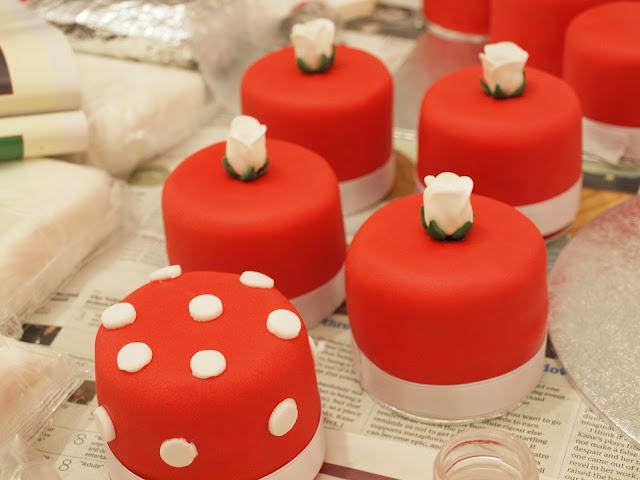 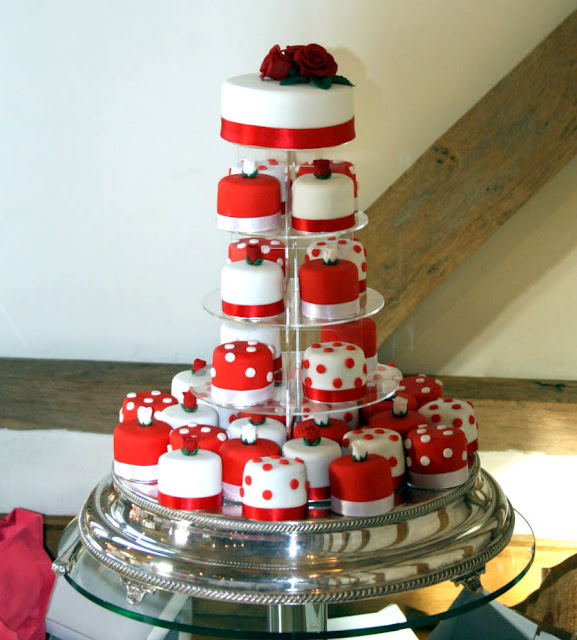 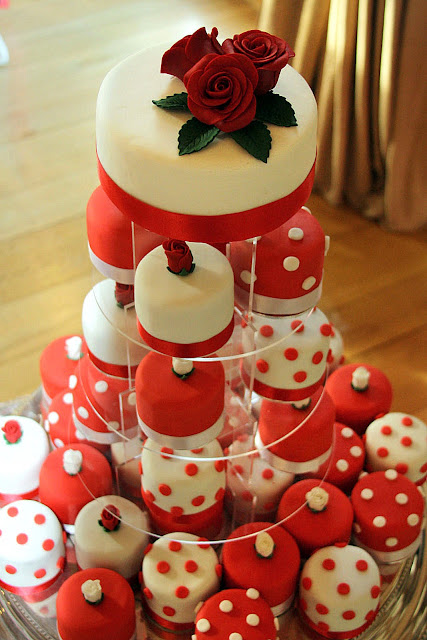 But I think it's beautiful, and the bride and groom and their guests loved it too. I'm allowed that extremely proud mother moment. I'm amazed, honestly, that she did it  (we met the deadline, finishing at 4.30am on Friday morning (the wedding was that afternoon). It cost her a fortune in time, effort, cake making courses, cake tins, cake cutters, boards, rollers, brushes, boxes, non slip mats (important when driving at breakneck speed through London!)   cake ingredients, including the trial runs, the cakes that failed, the wrong colour icing, She could have paid for their honeymoon (especially if you include my airfare in the cost!)
But what couldn't be bought is that time spent with a daughter, the tears and laughter, the cups of tea, the achievement and the relief,  the sharing of a project, working together. That's priceless.
Well done Jo, and to Matt the long suffering boyfriend, who ate his way through several 'gone wrong' cakes, and  who took the final pictures of the cake on the day. I was travelling back to Inverness by then - an exhausted old lady slumped on the plane. I dreamt later that night I fell asleep on a mattress made of smooth white icing!

They look incredible. What patience to make all the smaller ones and then the icing. The roses are beautiful. Well done to you both.

I expect you are glad to be back home for a rest or are you starting on your Christmas cake now!!! ;-))

Wonderful cake! Glad you got safely back to the far N.W. i think just in time we might have snowflakes by the end of this week.

Your daughter's friend is lucky to have such a good friend and what a wonderful daughter you have!
The cake was beyond gorgeous!

No wonder you're proud - that cake's quite an achievement! And how lovely for you to be there helping it all work out.

But I wouldn't feel sorry for the boyfriend - eating the gone-wrong cakes is a privilege, not a chore.....

what a masterpiece ... and time well invested

"Wow" What a magnificent Wedding Cake. All those photos have made me feel very hungry. Has Jo had any further cake orders as I think she's started something now....? glad your home safe. Di xx

Aaaaaaaaaaaaahhhhhhhhhhhhhh Ann, I can't stop looking at these pictures. Isn't our Jo just the best. This is so impressive, just beautiful and the roses are definitely pefectly delicate. Jo really wouldn't have been able to get it finished (just) in time without you. The perfect Mother-Daughter team. Well done both of you. Love Em. See you soon :o) x

I think there are going to be a few commissions following this post. Simply lovely. And I like your outfit above very much too. Hope you enjoyed yourself. No snow I don't think down that way.