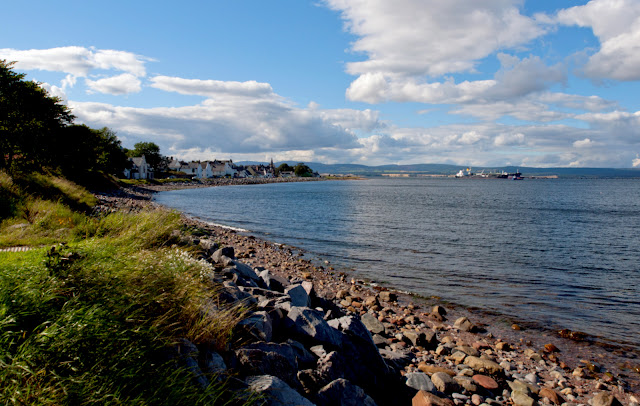 Cromarty sits at the mouth of the Cromarty Firth. Looking out over the Moray Firth towards the North Sea on the east coast of Scotland 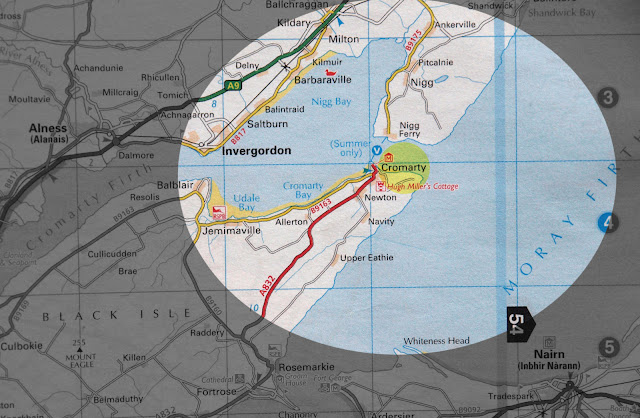 Its location makes it relatively sheltered protecting it against storms and high seas. 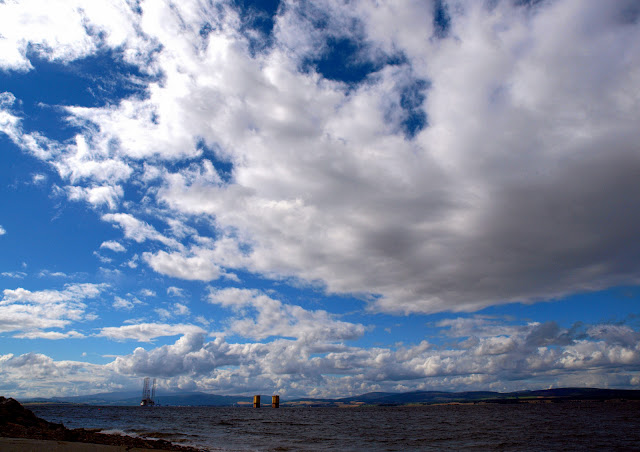 The very name Cromarty, for me at least, conjures up the The Shipping Forecast Listening to the long wave on radio four to the comforting reasoned voice reaching out to the men at sea who's very lives might depend on  the general synopsis read out on Radio Four four times a day in such  a calm  unhurried manner. 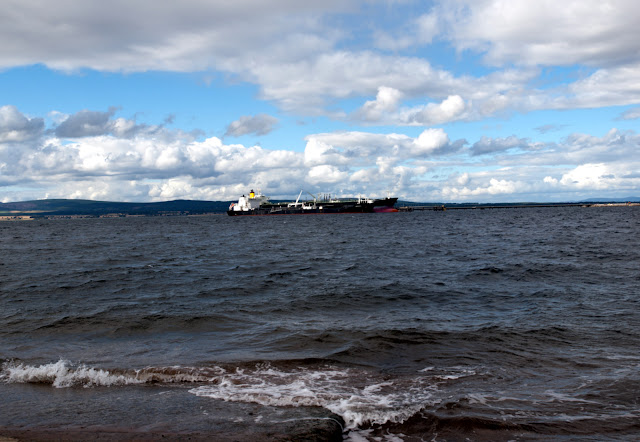 Westerly veering northwesterly, 4 or 5, occasionally 6. Showers. Good
For those of you who haven't the foggiest idea what I'm talking about this BBC link is worth listening to 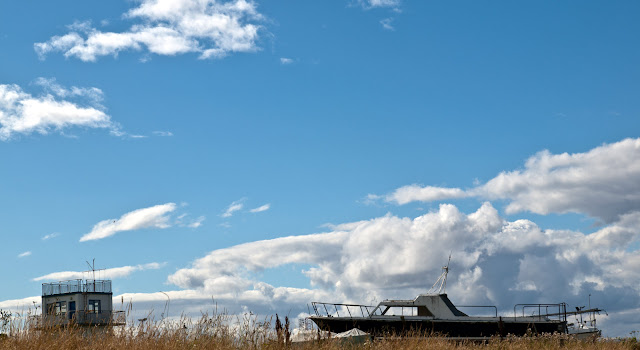 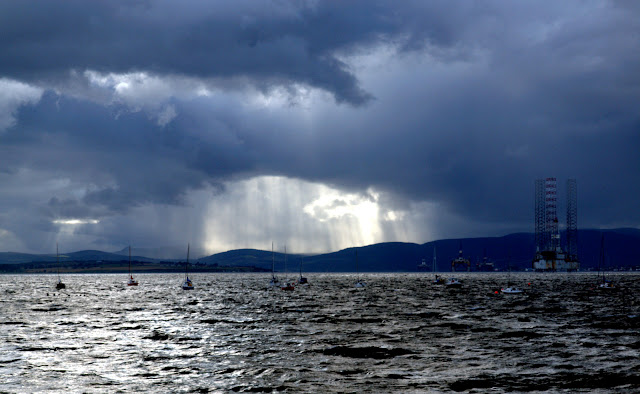 Shipping forecast enthusiasts will know that Cromarty is squeezed in between Fair Isles, Viking, Forties and Forth. 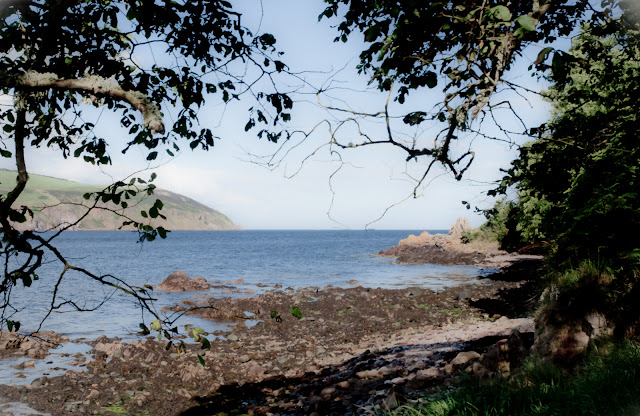 But this isn't a lesson! And Cromarty has other things to offer other than gale force warnings 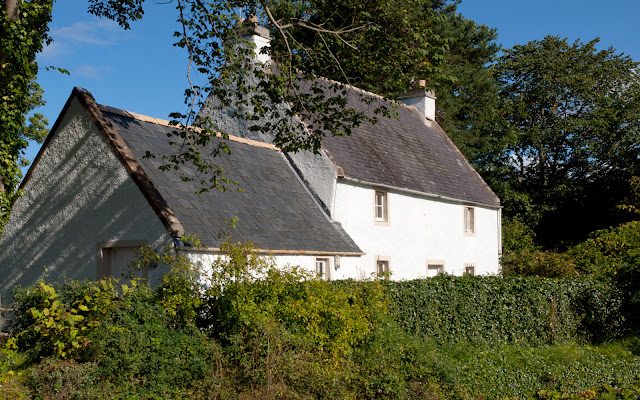 It's pretty in a way that Scottish villages often aren't. Tidy cottages with their arms tucked neatly by their sides. No frills, no roses growing around the front door. Today the Shipping Forecast would allow for such frivolity 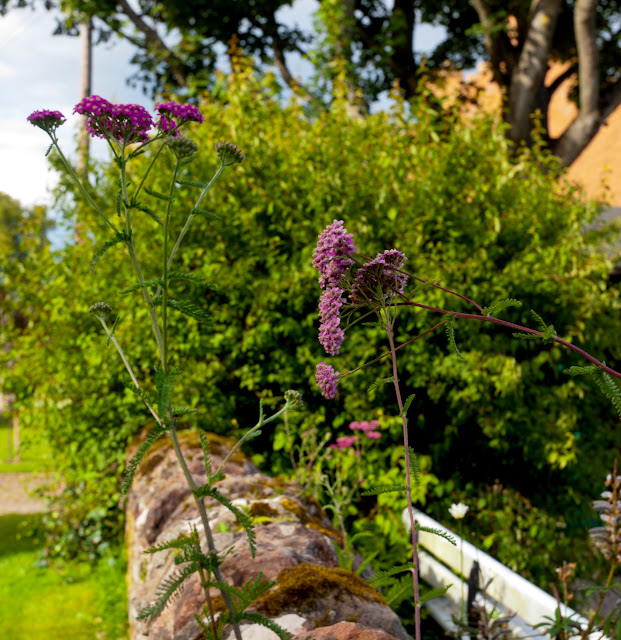 But last week there were gale warnings in place 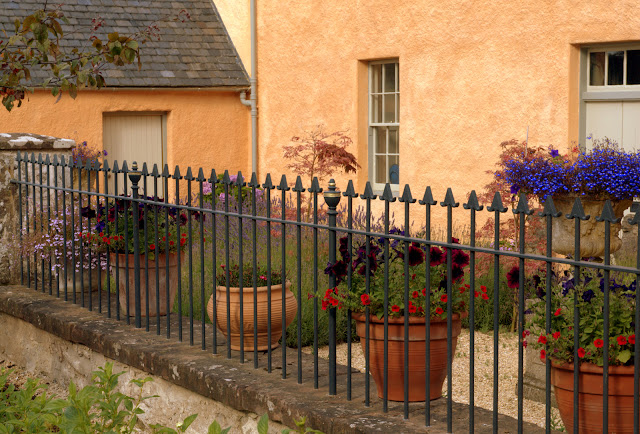 I love this house. I wanted to stand in front of it and take a picture, but there was a lady in the window (probably looking out for the weather) so I stood to one side, hence a one sided view of a lovely Cromarty house 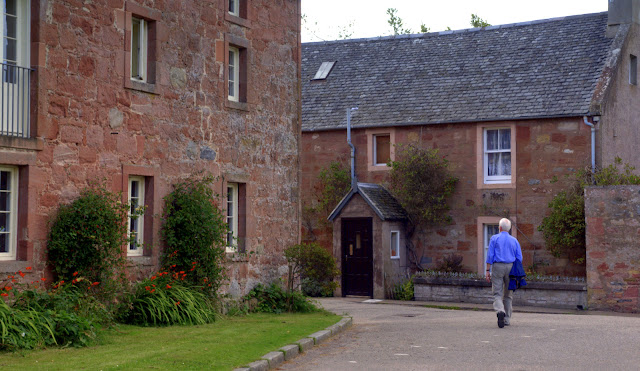 Cromarty, like the Shipping Forecast, is solid and dependable

though it has soft edges 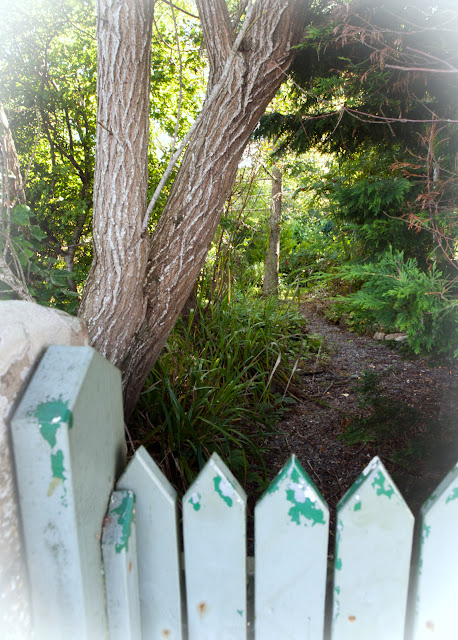 and gates to peer over 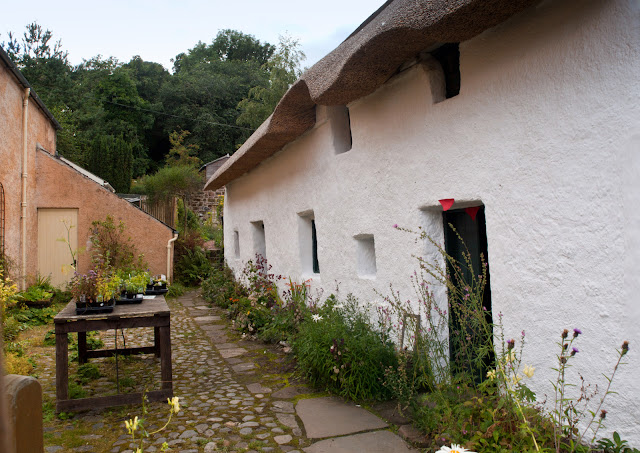 Hugh Miller's birthplace where he spent his formative years. No, I hadn't heard of Hugh Miller either until I came to Cromarty. He had absolutely nothing what ever to do with the weather. 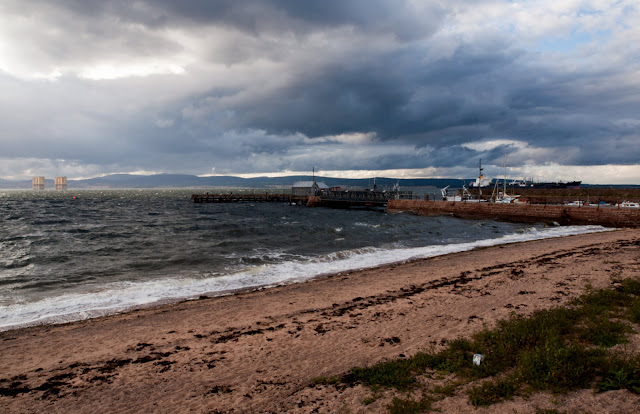 and once again back to the sea.  Sea State  Moderate or rough, becoming slight or moderate. 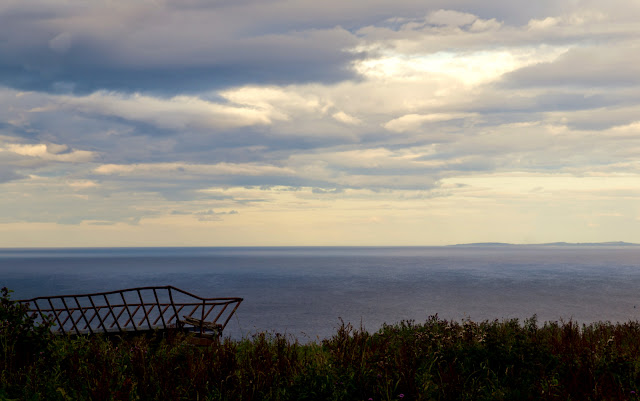 The enormous sea and sky picture. Visibility  Moderate or good.

Oh! I just loved this blog, it brought back memories of listening to the weather forecast ( I don't take too much notice these days as it will happen whatever). Your photographs just captured the mood of the weather - well done you.

Thank you Ann, and I enjoyed writing it. I also enjoyed visiting Cromarty, a lovely friendly little place, surprisingly picturesque - with quite ordinary weather!

The shipping forecast is the long thin line of continuity between my childhood and now. It still sounds the same thank goodness. No electronic music is allowed to beat underneath it. No one has sped it up or added silly inflections. I think a couple of the names may have changed (has Finistere gone?). Now I have some pictures to match it. What a great post.

Thank you Lucille. The shipping forecast reminds me of my childhood too. There is something extremely comforting about it

Your photos are breathtaking. It looks as though one could reach the clouds in some of them.

Interesting post. Thanks for sharing about the shipping forecast.

Tho I grew up not too far away from Cromarty, I've never been there. Your photos make me resolve to visit.

Thank you Linda. What a beautiful poem. What is it about the shipping forecast I wonder? It's true it somehow connects us to the elements, but in such a calm manner as to make us feel so safe and secure.

Loved your post. I don't listen to the shipping forecast, but I do pay attention to the weather, particularly this time of year. Your pictures were beautiful, as always, you made that one house look golden.

Lovely photographs, as usual. I especially liked the one just below the map.

On the basis of their impact on me, I think you've done really well in achieving the right point at which to place the horizon in the different pictures - some with a lot more land, others with a lot more sea, or sky.

Ah Em, yes Niels is solid and dependable - just wish he'd get on and move the shed! (only joking)


Thank you old black. It's good to get feedback. The sky at Cromarty that day just seemed so enormous, with wonderful big white clouds like sailing ships.

I enjoyed this tour around. Yuo might enjoy this:
http://www.youtube.com/watch?v=6ywku0lQYNc

What a great post! I was in Cromarty years ago and have always longed to go back. I believe the church in Cromarty was in the running in one of the Restoration programmes, but didn't win? It seems like a close-knit community.