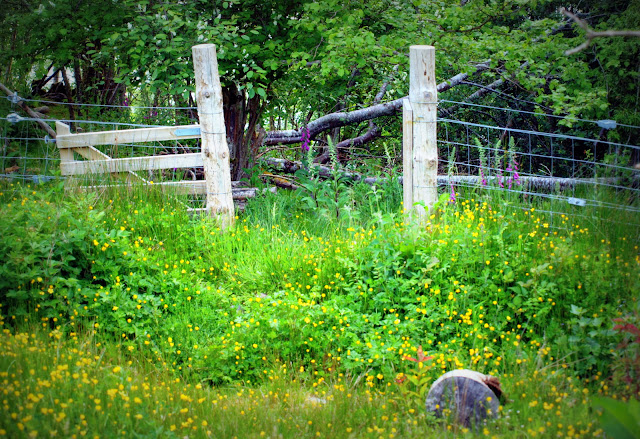 A decision has been taken. The gate has been opened 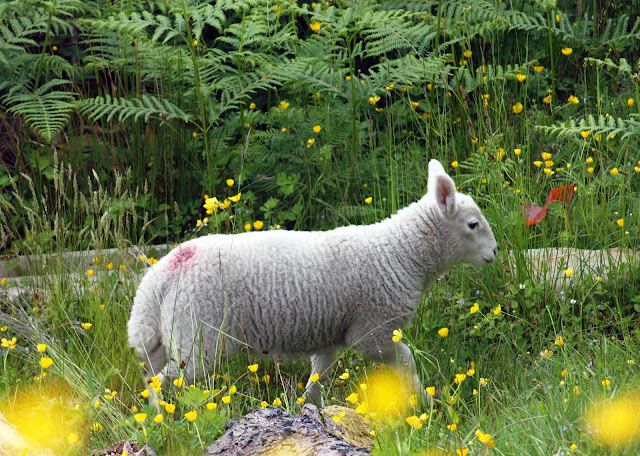 and a controlled and supervised entry of sheep into the garden is taking place! 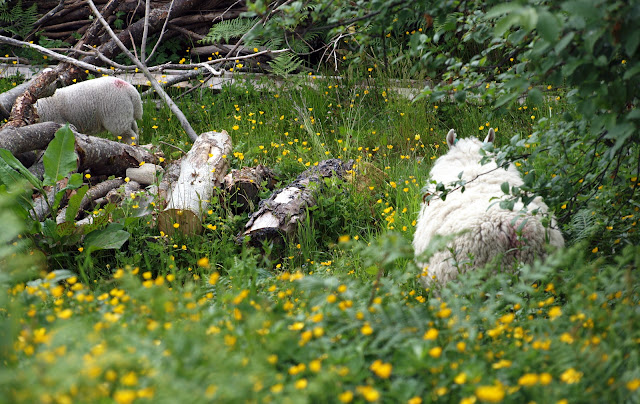 They think they've gone to heaven. They sink into clouds of buttercups 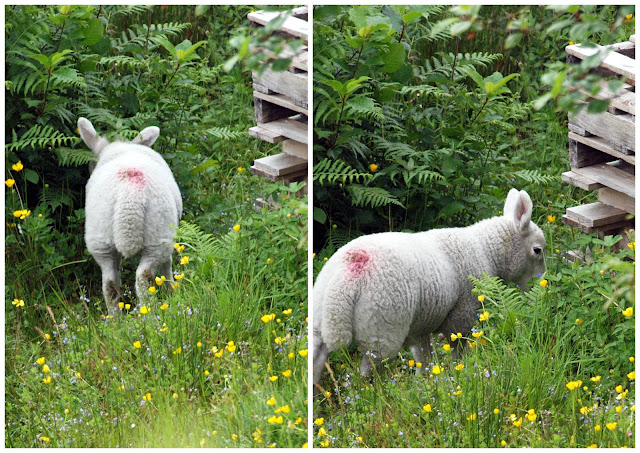 but even after an afternoon of fine dining 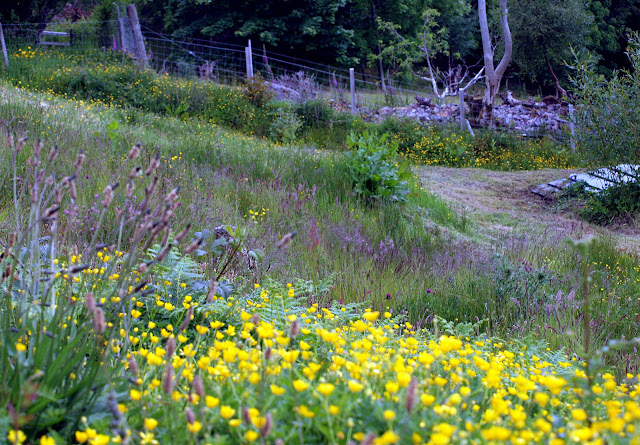 they make little impact. To be fair there were only two of them, Mother and son (or daughter) who seemed unable to believe their good fortune in chancing upon the open gate into sheep's paradise! 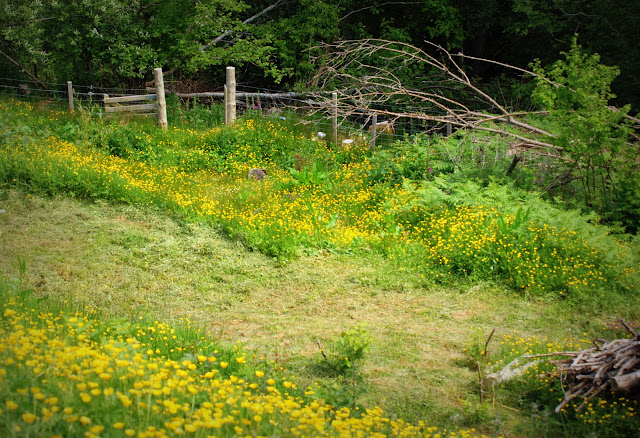 I have done some strimming. But it's quite hard work and although our record of sheep in the garden has 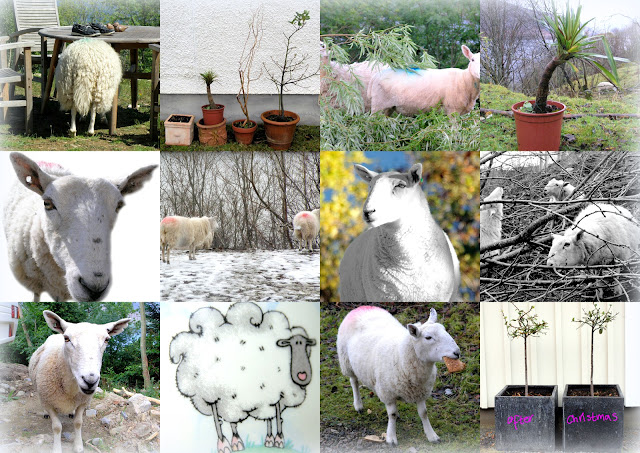 always ended in disaster ie. sheep are unable to distinguish between nice Surrey pot plants and a few old dandelions, we've decided that if we watch them in a carefully controlled manner we can supervise what they munch on! 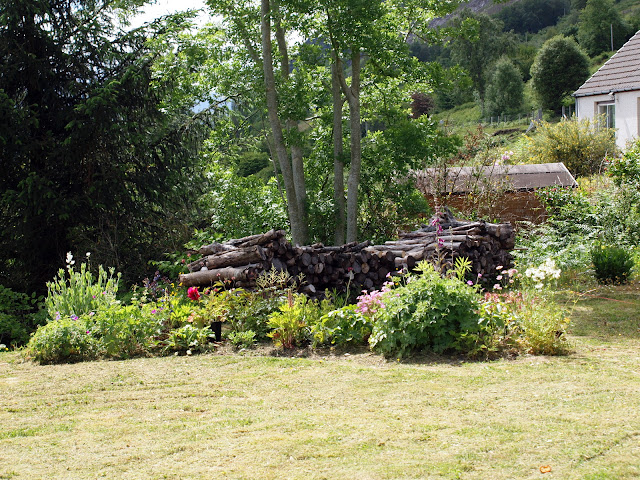 I don't want them munching on this. This is the tiny, tidy bit of garden 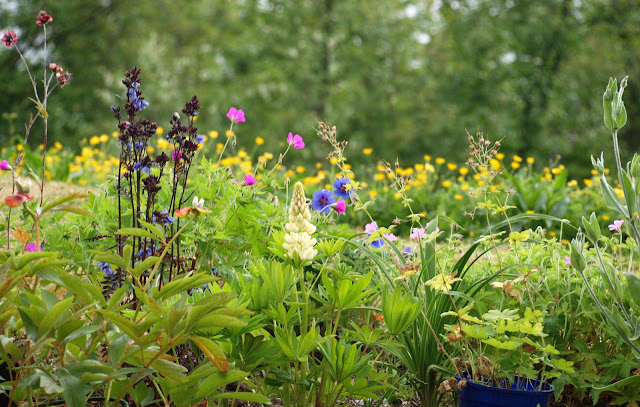 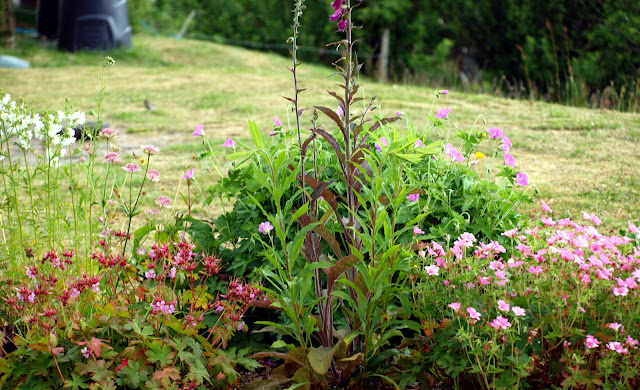 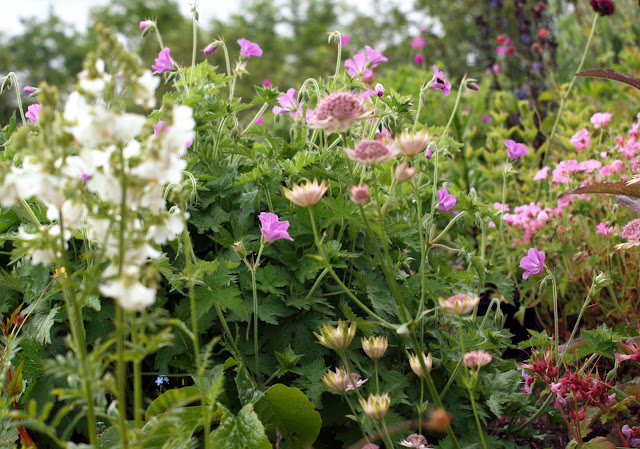 the sheep would tuck in with enormous amounts of enthusiasm! 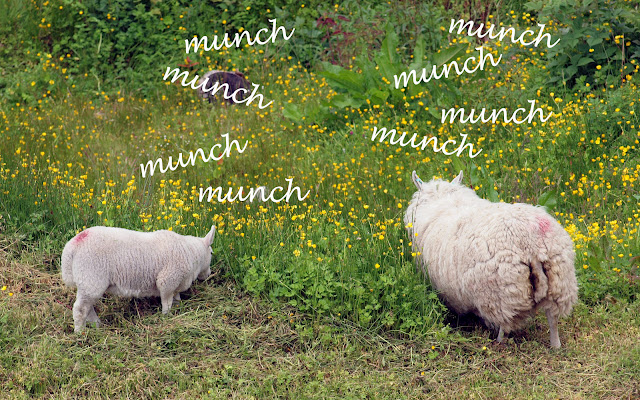 In the meantime they seem happy with never ending borders of creeping buttercup and dandelions
For those of you who've followed this blog for a while, you'll remember Lamb Chop who sadly, I suspect, ended her days in a tin of pet food
I did love her and vowed when she went I wouldn't ever treat a sheep as a pet again - but it is difficult and despite how they all apparently look alike they do have their own personalities and peculiarities, and I've come to realise they aren't have as daft as  we like to think they are.
Posted by annie hoff at 19:49

Glad I stopped by and loved the photos! Thanks for sharing a little of your corner of the world!
We had ONE (1) buttercup in our garden this year...It practically made me homesick and I can hear you and hubby laughing already...
A big hello from the Pacific NW coast,

Your small of heaven is beautiful, I would watch those sheep closely:) Lovely cardigan in the previous post.

I remember poor Lamb Chop! Great so see some sheep again and I love your herbaceous patch. Happy gardening/sheep control! With love from, Di xx

Hello Noelle, thank you for your comments! - One buttercup indeed!

Yes, poor Lamb Chop. She was so funny and very friendly and I really did miss her when she went.
Sheep control is quite tricky - you need eyes every where!

A beautiful corner of your world! We were up recently but sadly didn't get to make contact - one day!

What beautiful photos, and I love your herbaceous patch. Those are the best kind! Good luck with controlling the sheep, and I hope Jo is feeling a bit better.