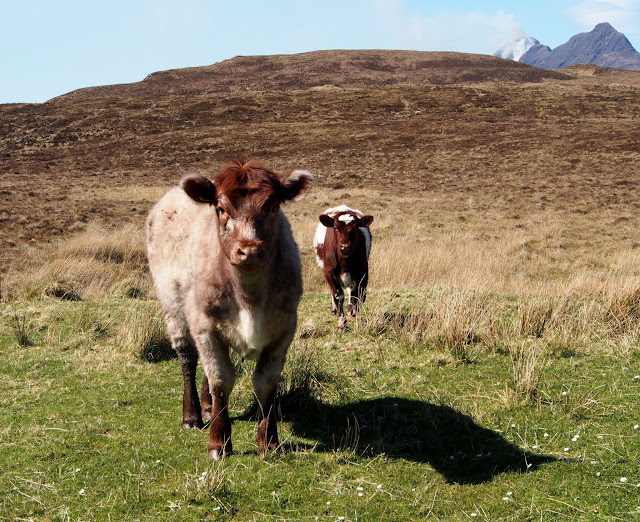 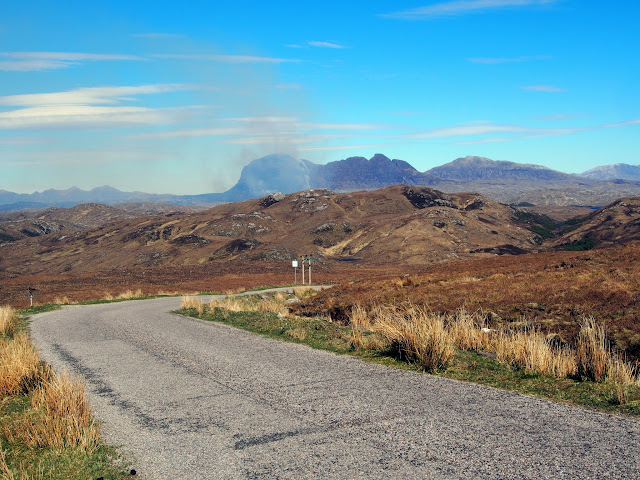 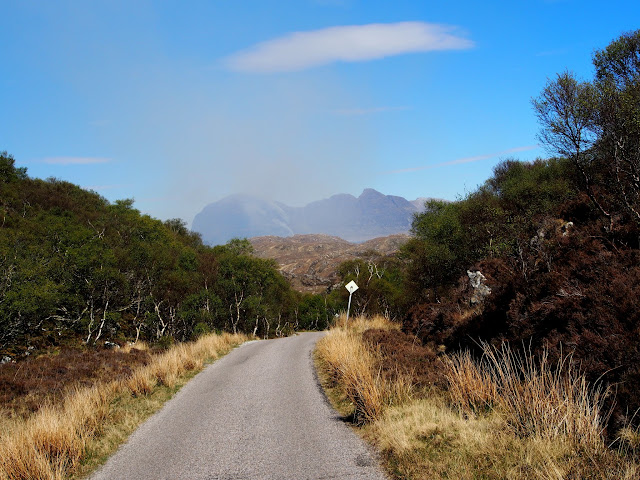 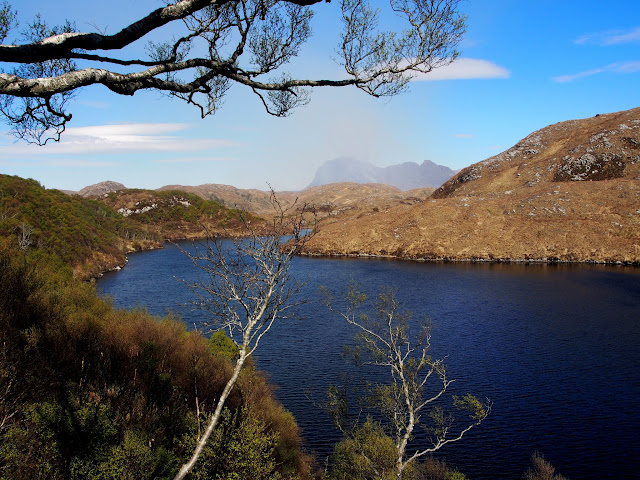 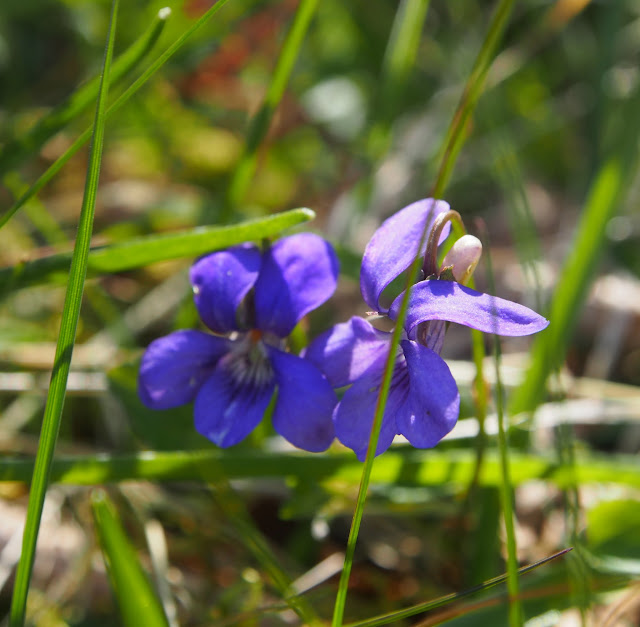 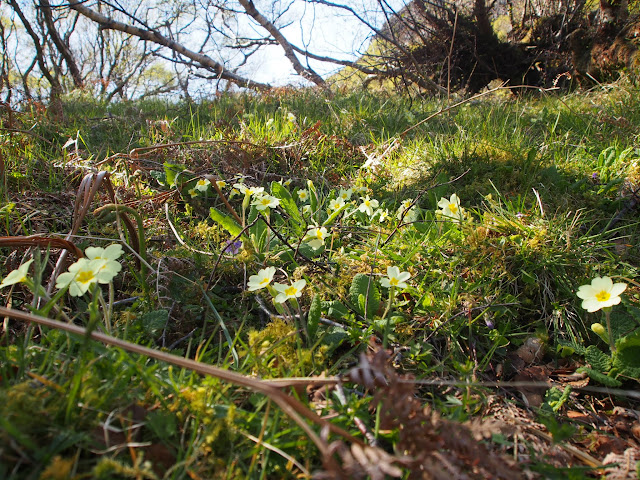 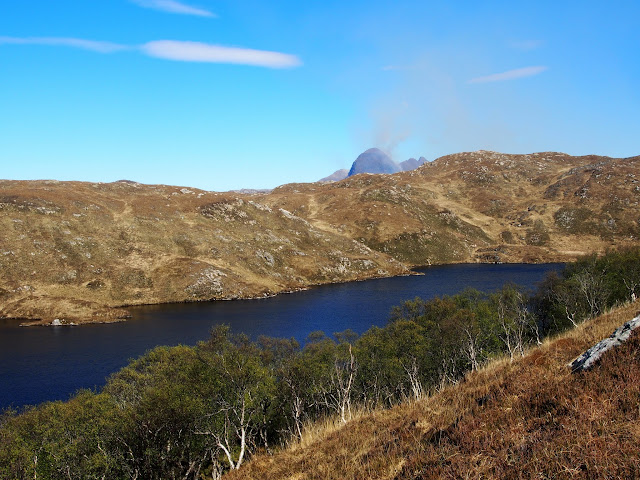 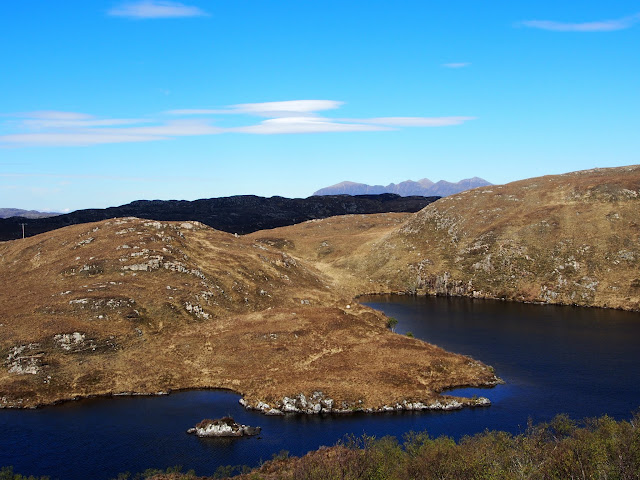 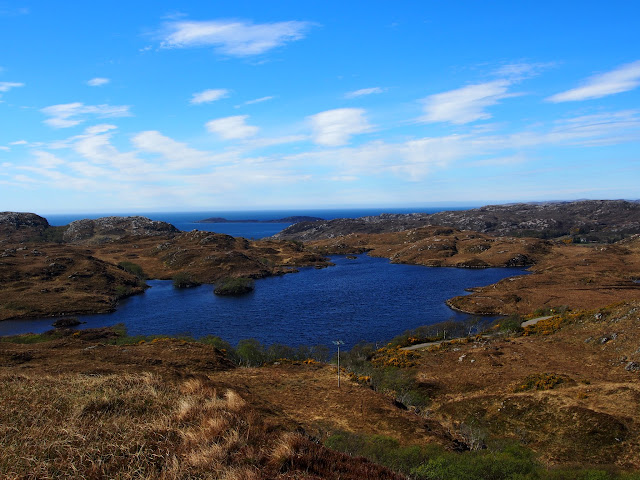 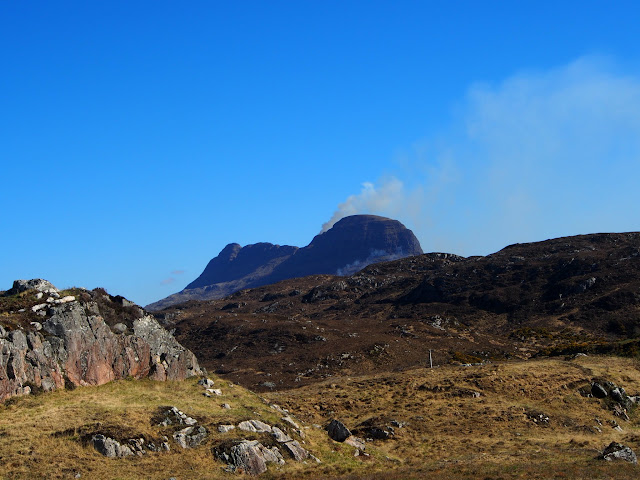 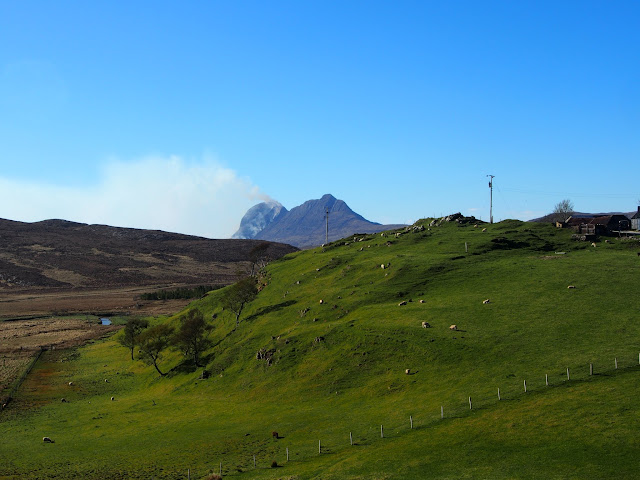 One of the loveliest mountains in the north west Highlands is on fire. A wild fire started last week and a large area between Lochinver and Suilven went up in flames. I'm not sure how it started but it has been very dry here. The fire is under control now but one side of Suilven is still burning. I took a trip out yesterday afternoon. I did a full circle around Suilven on mainly single track roads. It is such a beautiful part of the world, and so quiet. The smell of smoke combined with the coconut scent of gorse hung in the air. They made a film last year Edie. It hasn't been released yet. It stars Shelia Hancock who plays a grumpy old lady who fulfils an ambition to climb a mountain in the north of Scotland. It isn't the highest of mountains but it's a steep climb to the top and it's sad it's on fire. It will burn its self out and no doubt recover.

Hello, I've just found you via Mac 'n' Janet. Beautiful pics, it looks idyllic, but you have brought me up short: I used to live in a house called Suilven and I had no idea where the name came from until I read this post. Thank you! I hope the fire can be put out soon. x

That's sad, glad they're getting it under control. One year when we were living in Southern California we watched a fire burning in the mountains near us. We could actually see trees exploding.

It looks like a volcano. I hope the wildlife escaped and survived.

Hello Annie - I just had to leave a comment to say what beautiful scenery on your blog so wild and untouched. Sad about the fire but it will recover eventually I think. I didn't know about the film I will watch out for it - I like Sheila Hancock. They have just been filming around our area in Scotland on the Mull of Galloway - Keepers starring Gerard Butler - I must be the only woman in the area that has not managed to be snapped with him! (Even worse I actually didn't know who he was).