All dressed up and somewhere to go 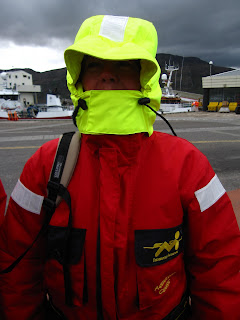 This is me preparing for my birthday treat! It looks serious. 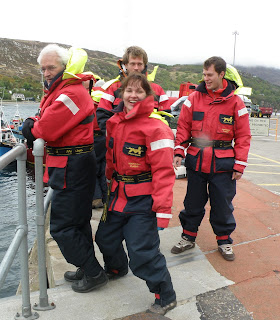 At least I don't look as silly as these guys! 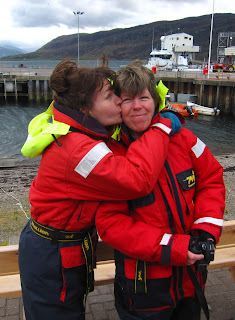 Just over a week ago, the day dawned overcast and cold freezing. I have always wanted to go for a ride in an R.A.F fighter plane, like the ones that flash past our house faster than the speed of light, zipping above the loch before veering off and up over the hills. But I don't think they allow old ladies to loop the loop and roar through the skies in such gay abandon -  even if it is their birthday!
I had to settle for a birthday treat that was slightly more down to earth 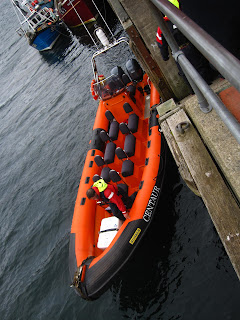 and this looks pretty down to earth! It also looks very small, and I wondered how twelve of us would fit in. 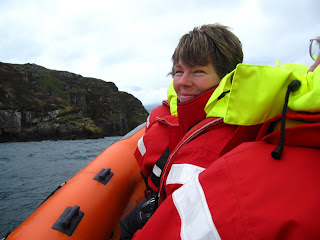 but we did, and this is me - thinking I'm the birthday princess! I think my smile had frozen on, it was jolly cold, and we still hadn't left the shelter of the harbour! 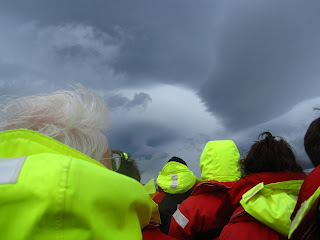 but it was good fun, and even with foreboding skies, still very beautiful 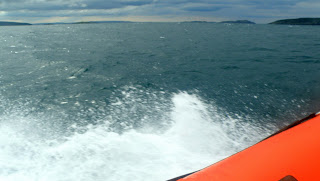 and at times the boat came out of the water before crashing back down on the waves again - almost like flying! Apart from the spray, numb fingers and toes!

If you look very closely, (you may have to put your nose up against the computer screen!) it was quite a long way off, you can just see an eider duck. It's black and white and disappearing. 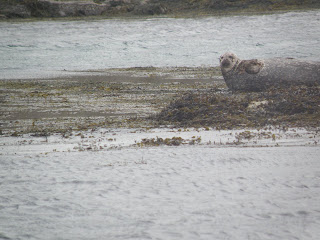 and this seal looks at an orange dinghy full of yellow and orange shapes not unlike it's own and wonders what on earth they're doing - and why! 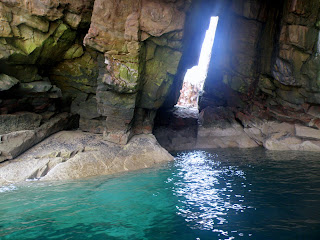 Cathedral Cave. The colours  were extraordinarily  bright and beautiful. The whole experience could only have been improved marginally by slighter warmer and less overcast weather. The following day the weather was ideal for this highly unusual and fun trip out on the sea to view the wildlife on and around the Summer Isles 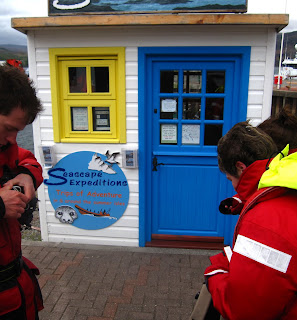 The booking office for Seascape Expeditions is straight out of Legoland - or is it just me?!
It's located next to the harbour in Ullapool. This was after the trip and shows us struggling to get out of life jackets with our numb fingers. 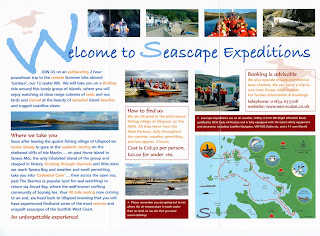 And this is how it would have been on a sunny day!. It was still enjoyable though and I'd go again. Our friend Edith has been many times!
Posted by annie hoff at 09:40

Life in the Highlands is such fun, we might have to come and visit you and join in! Love The Thains

Do Brenda, it would be lovely to see you - and there is a whole acre of scrub land you could dream into a garden for me, once we've shut the sheep out that is!