A weekend to remember 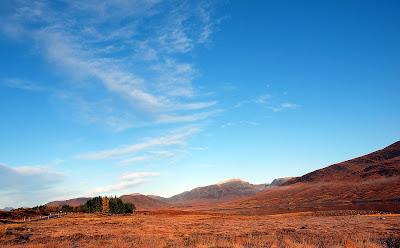 The weekend weather has been glorious. Yesterday we drove into Inverness to do some shopping and to order the chimney for the wood burner. The first smattering of snow has appeared on the top of Ben Dearg

As we came out of Eastgate Shopping Centre in Inverness we were met by (Oh, I do hope I've got this right!) 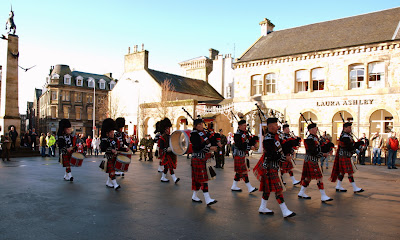 Up and down the square they went while young cadets stood nearby with trays of poppies. How do you pin a poppy on a lapel? We got in a terrible muddle and were very relieved to discover peel and stick poppies in a nearby garden centre. 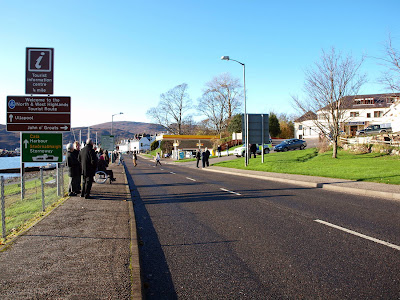 And then,  this afternoon, in Ullapool at around midday, after church services finished, people gathered by the war memorial on the main road coming out of Ullapool 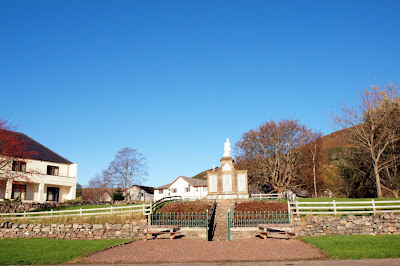 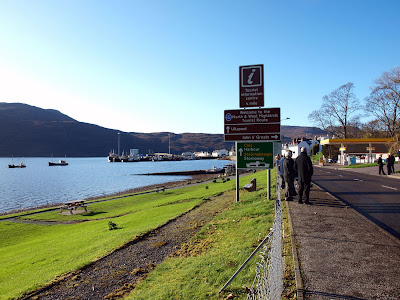 It was perfect, not a cloud in the sky 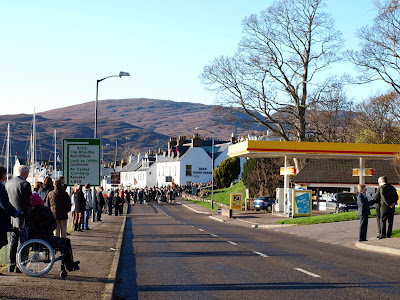 and slowly but surely 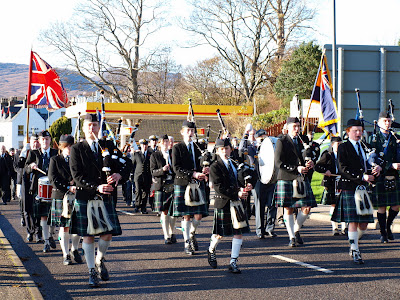 the Ullapool Pipe Band came marching down the road 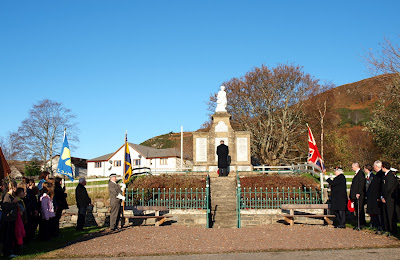 The first wreath was laid 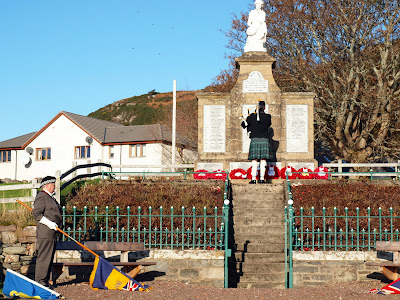 and after the final wreath, a lone piper played 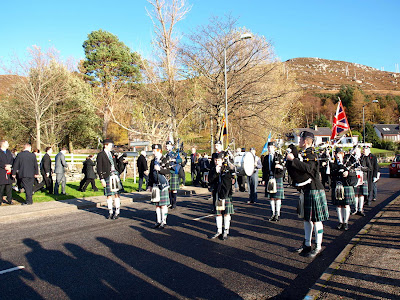 At the end of the ceremony, the traffic, such as it was, waited patiently for the road to be handed back.

It was an all together unhurried and dignified affair, made all the more poignant by the beautiful surroundings so far away from war.