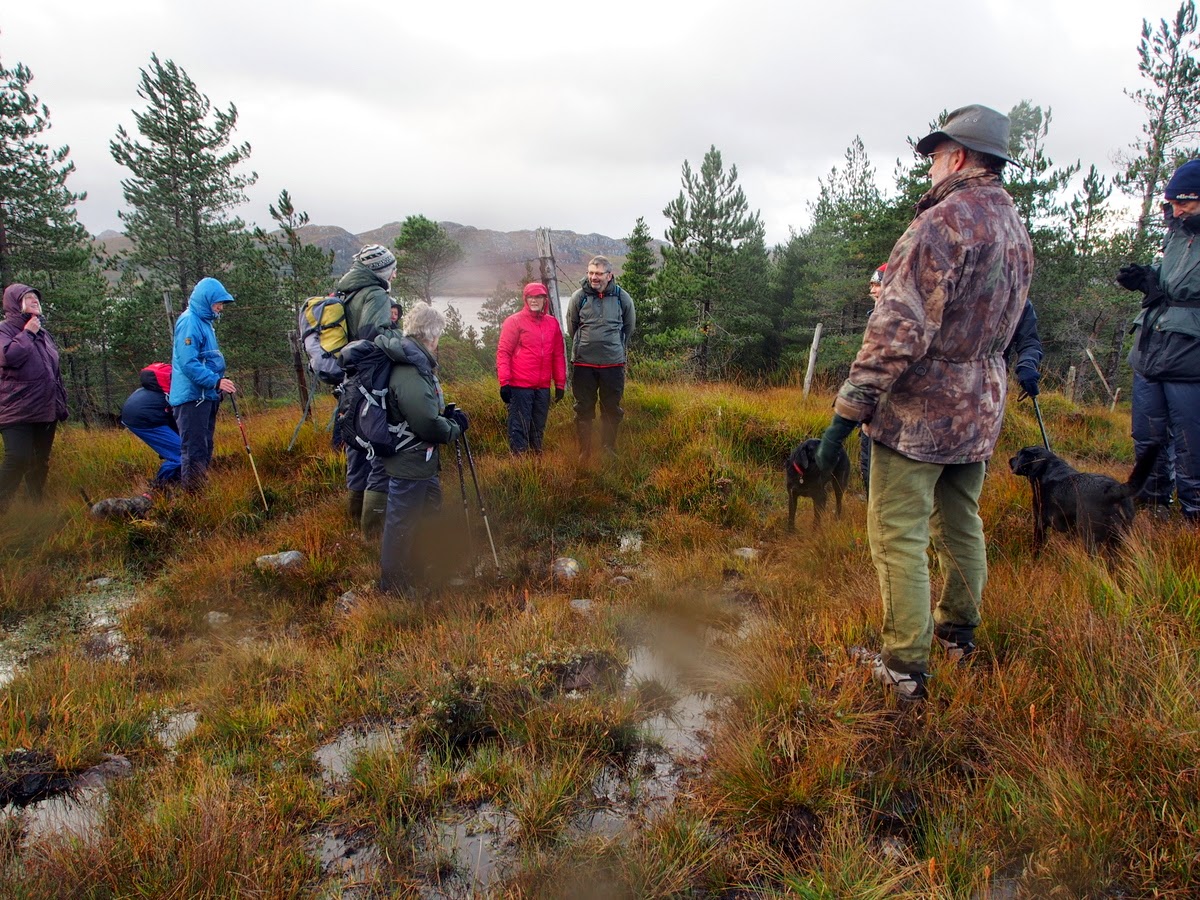 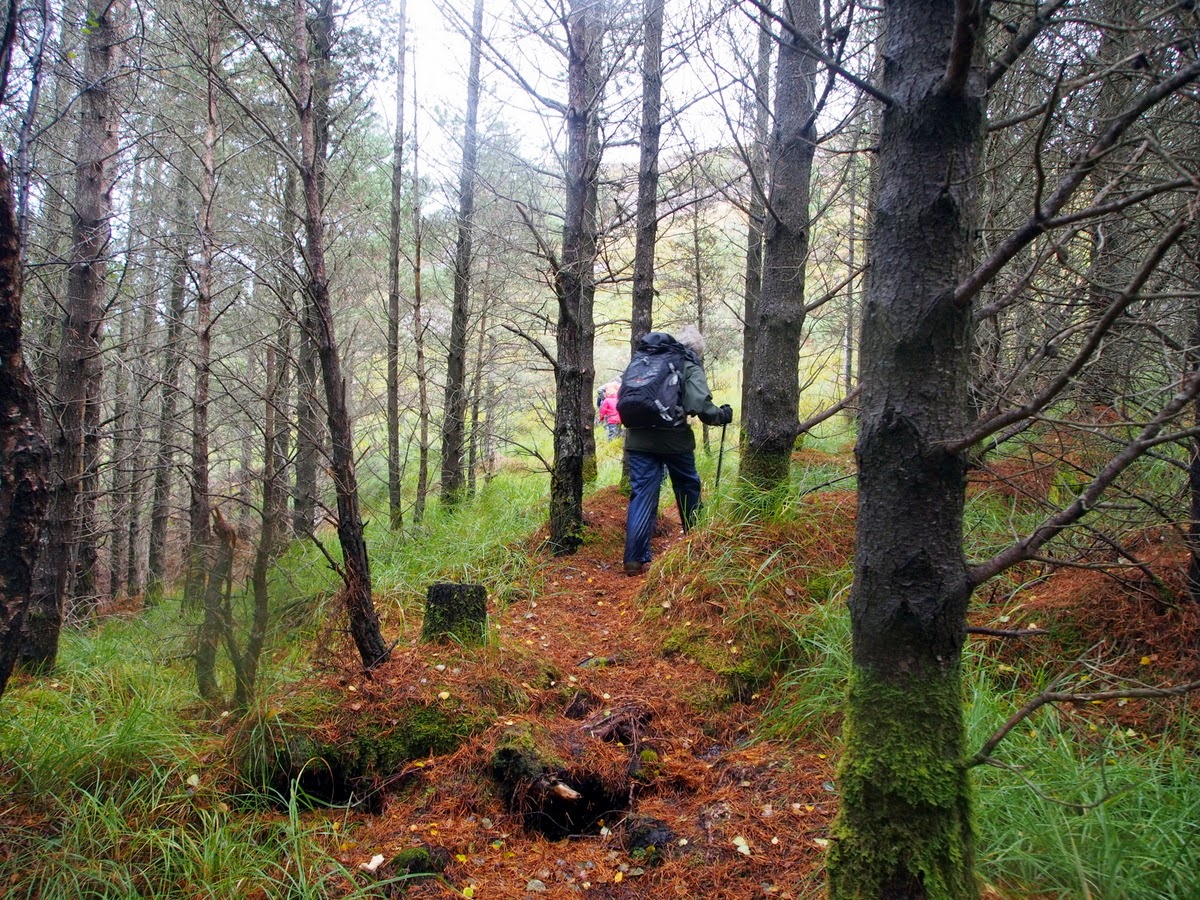 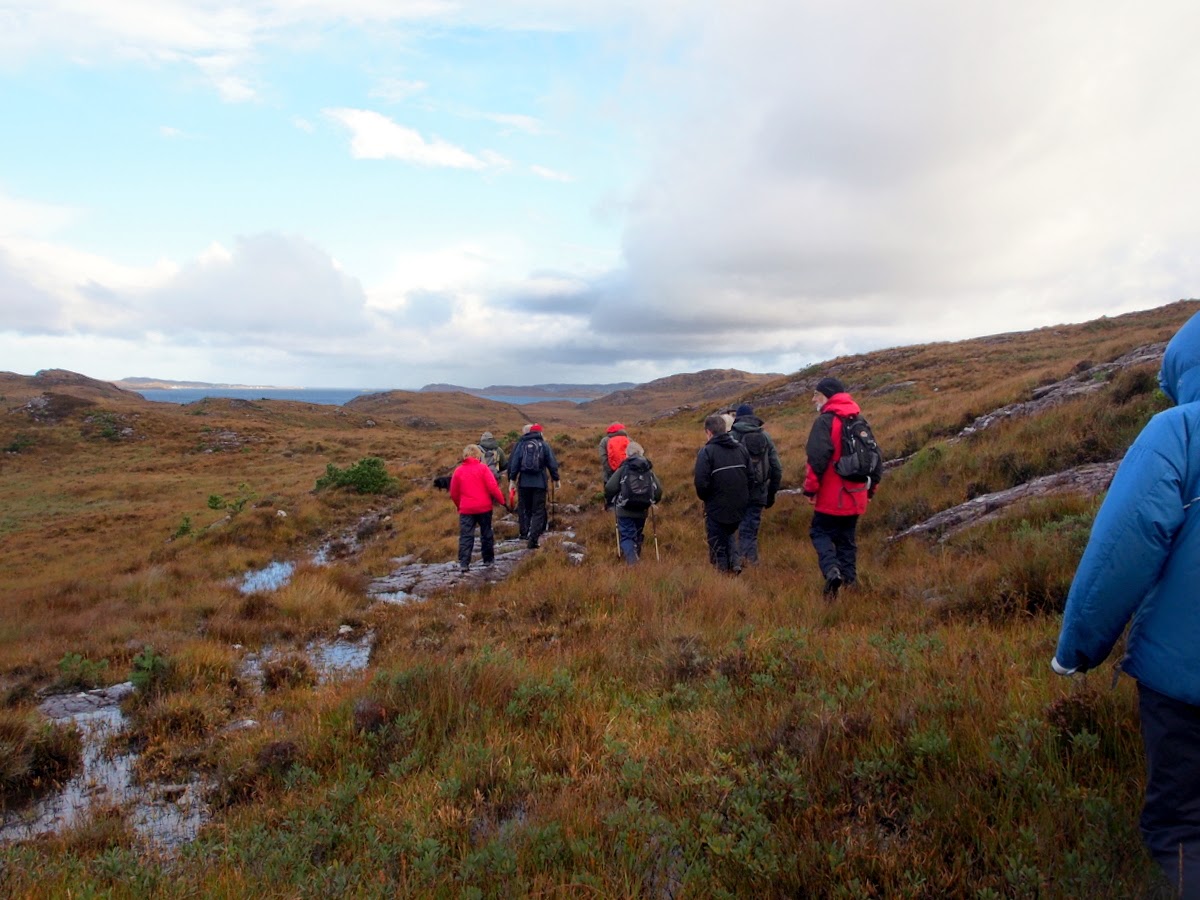 ....went for a walk with a group of people 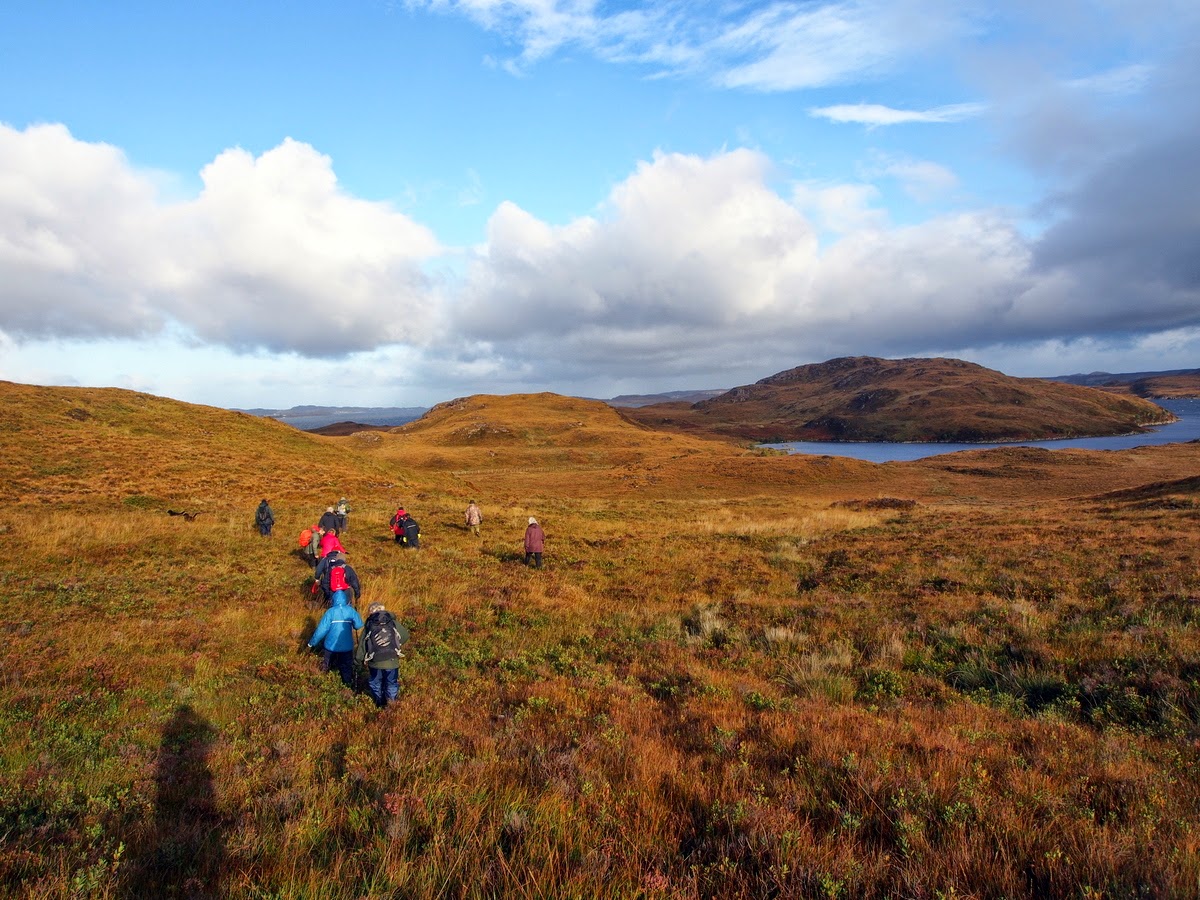 ...organised by Scottish Heritage (I think) to  look at some old iron age remains (I think) 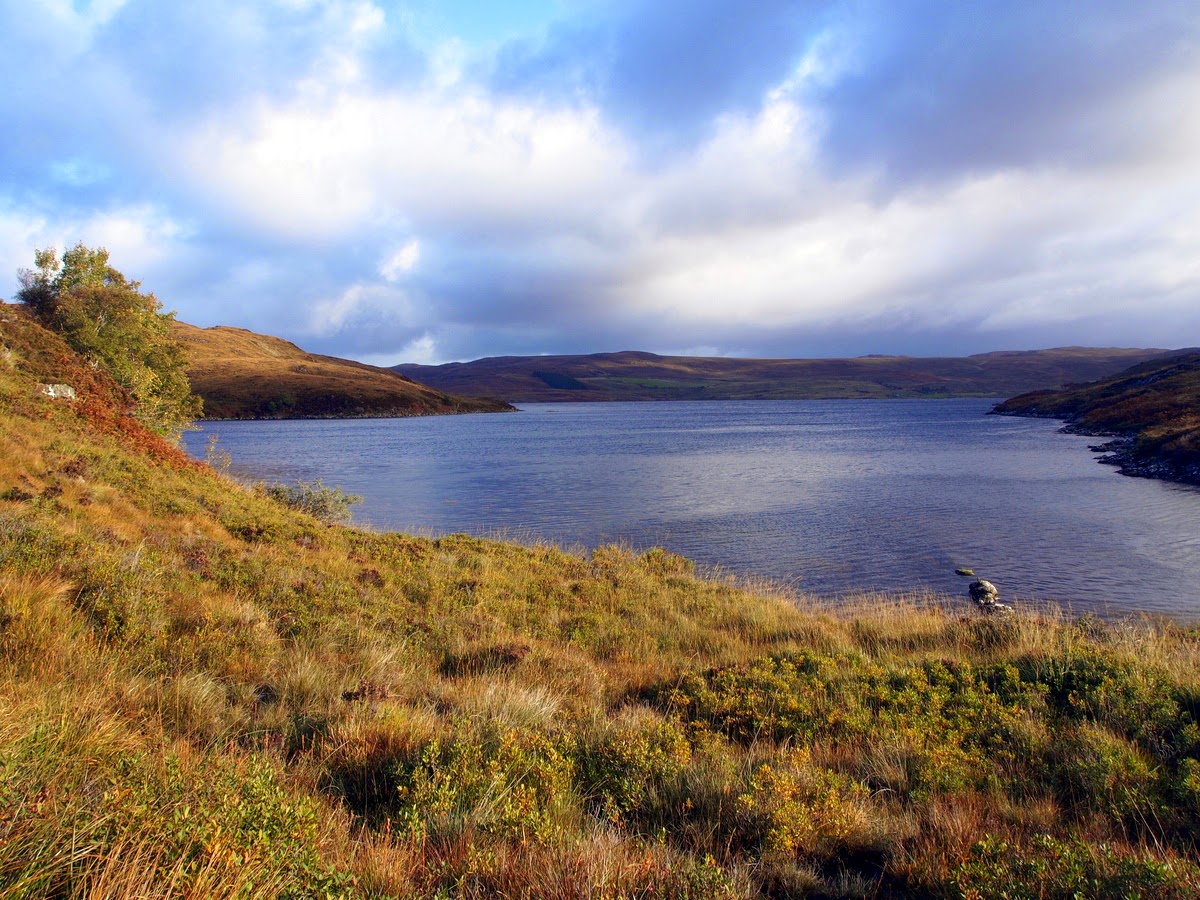 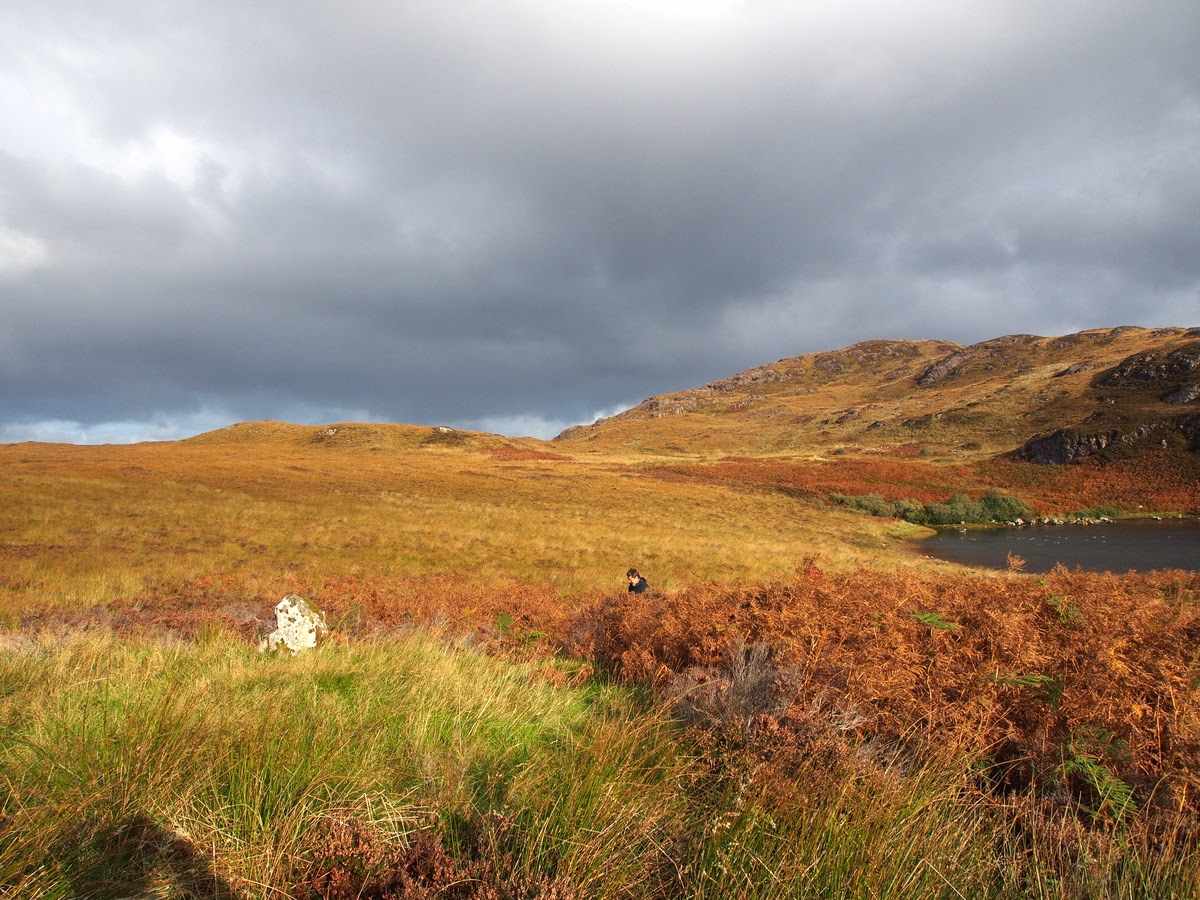 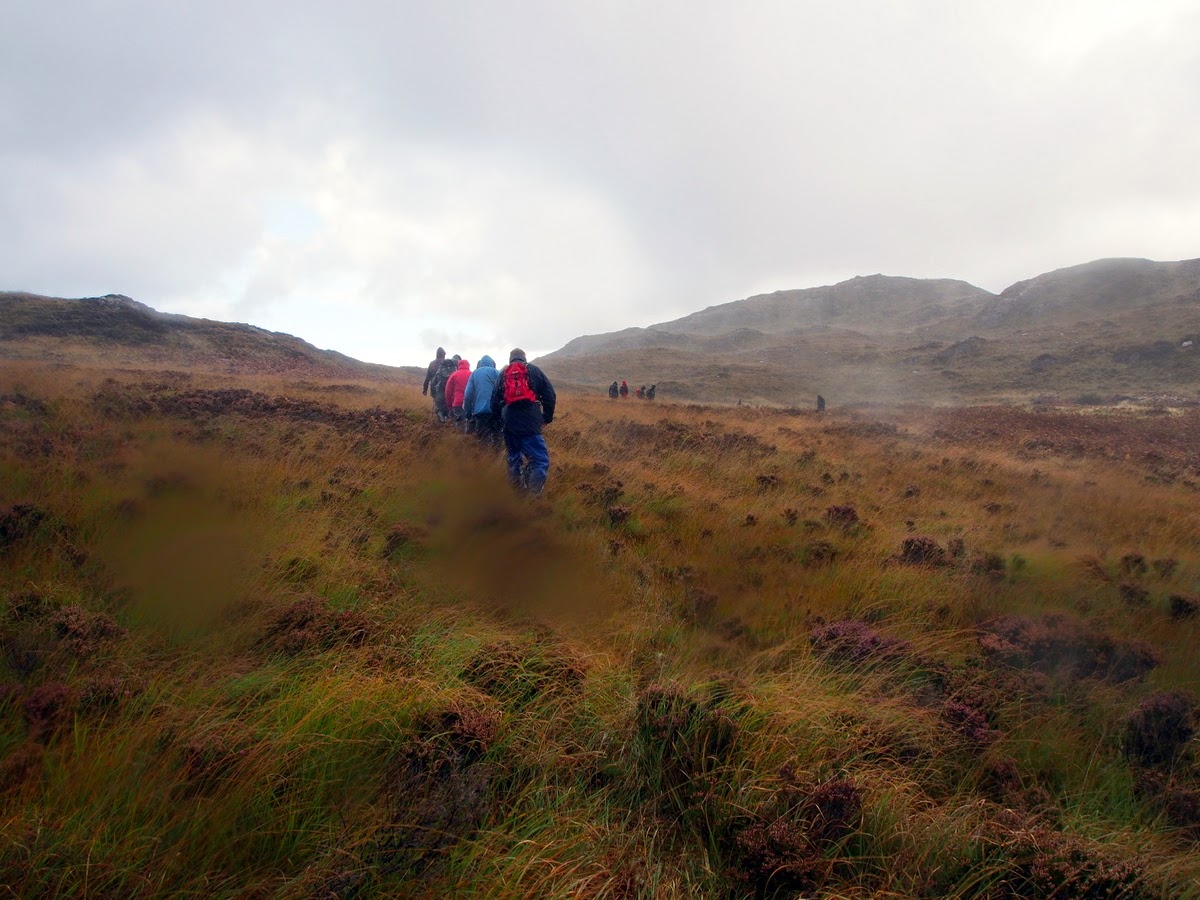 It rained. A cold wet penetrating rain that got in under collars and cuffs and down the tops of walking boots 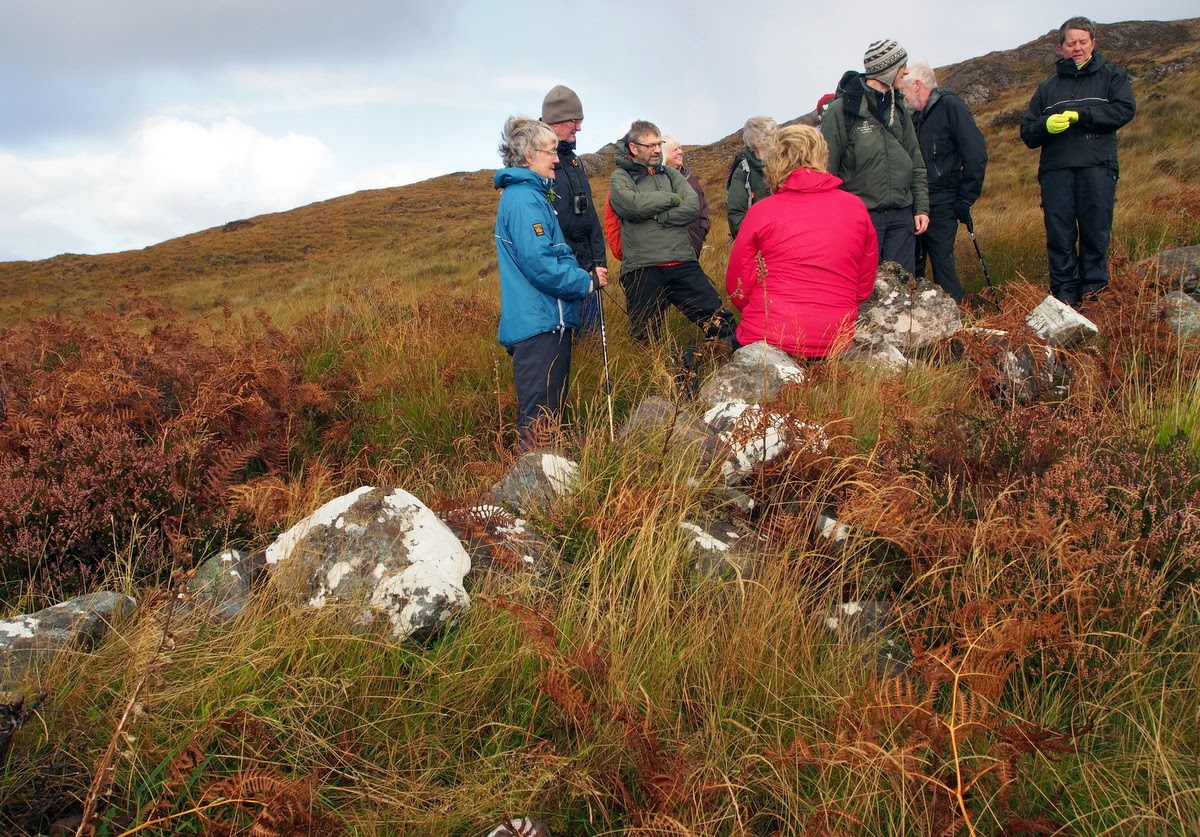 We stopped to look at something that was vaguely to do with the iron age. But I can't remember what it was and  my glasses had water running off them 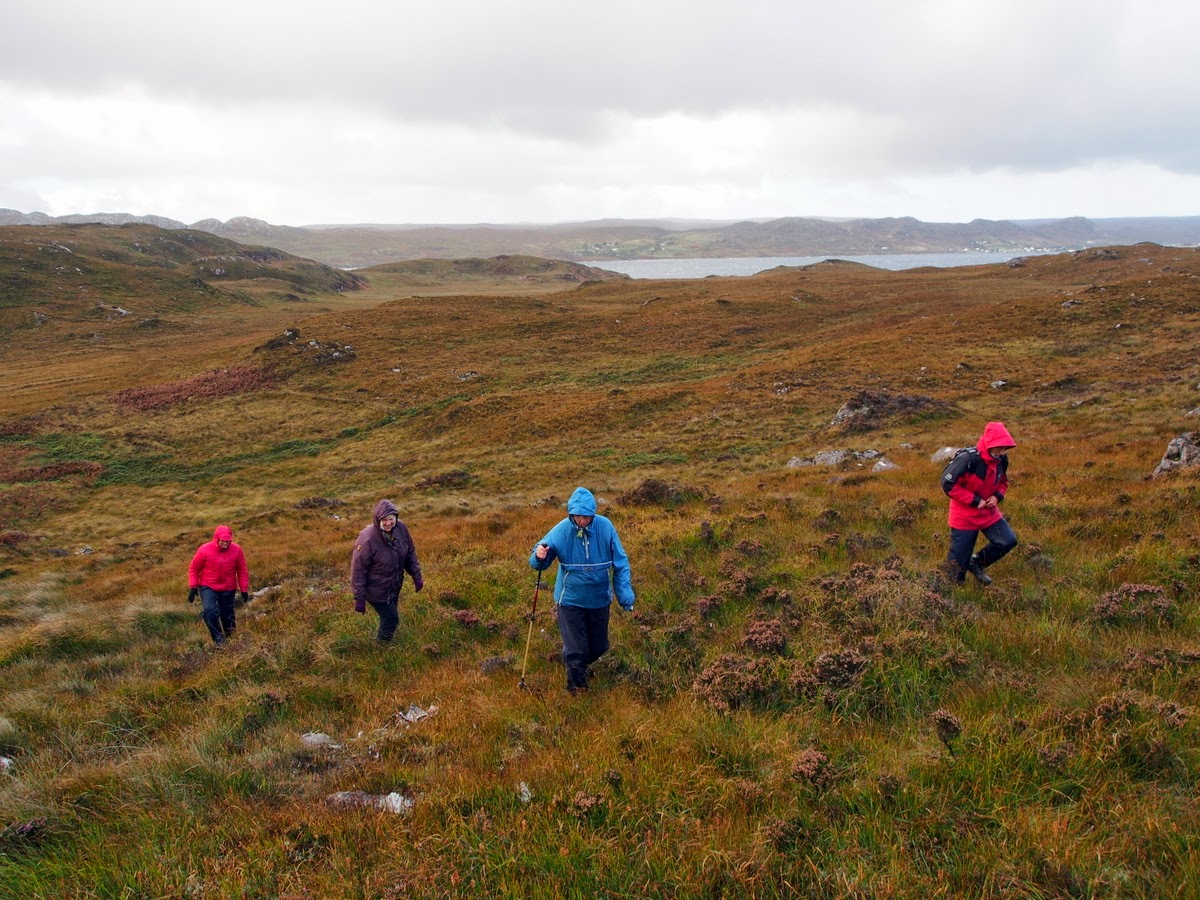 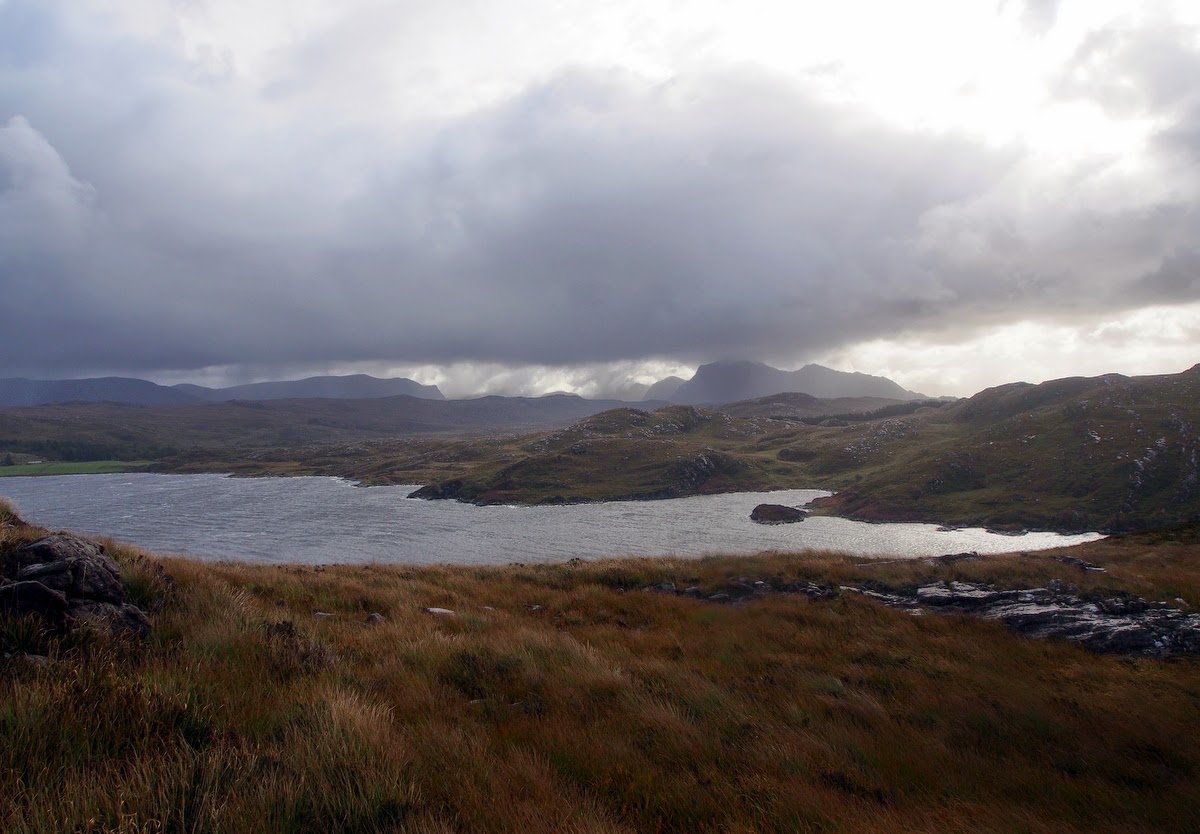 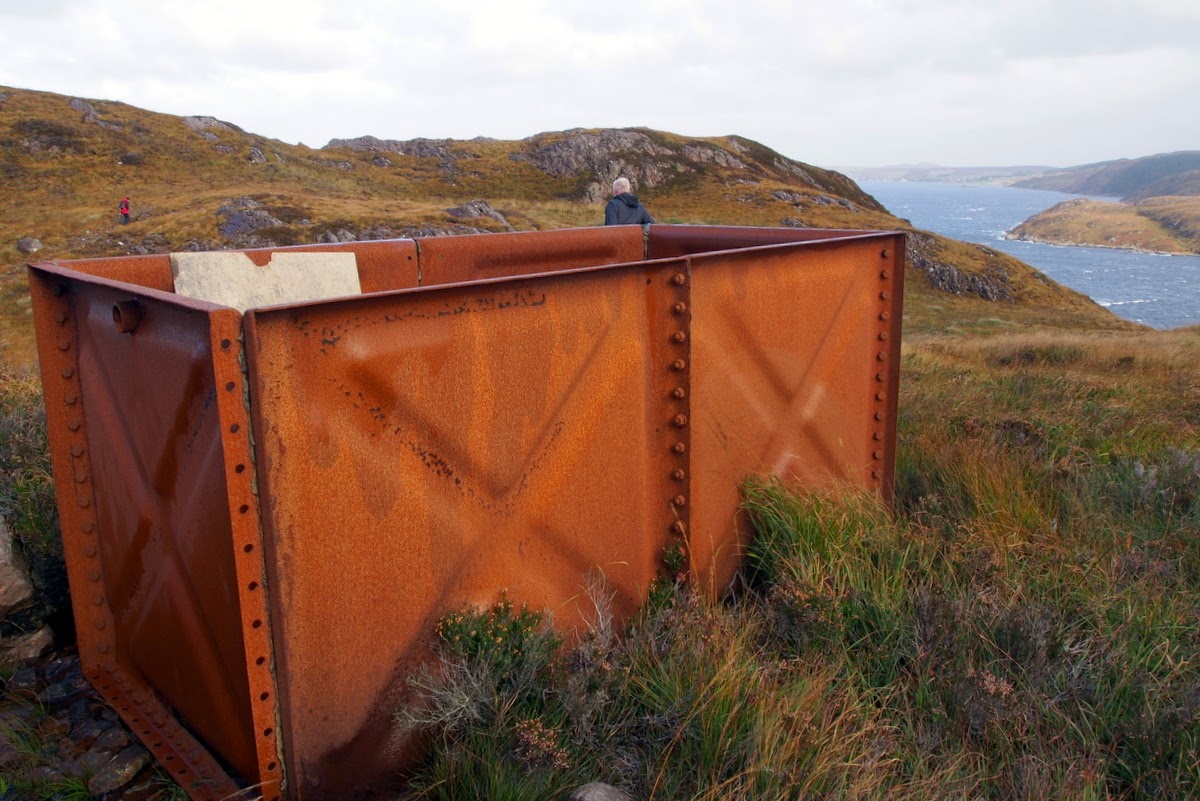 Aged iron, and iron age are not the same thing. This very large iron container was left behind after the second world war by the military presence up here in the Highlands 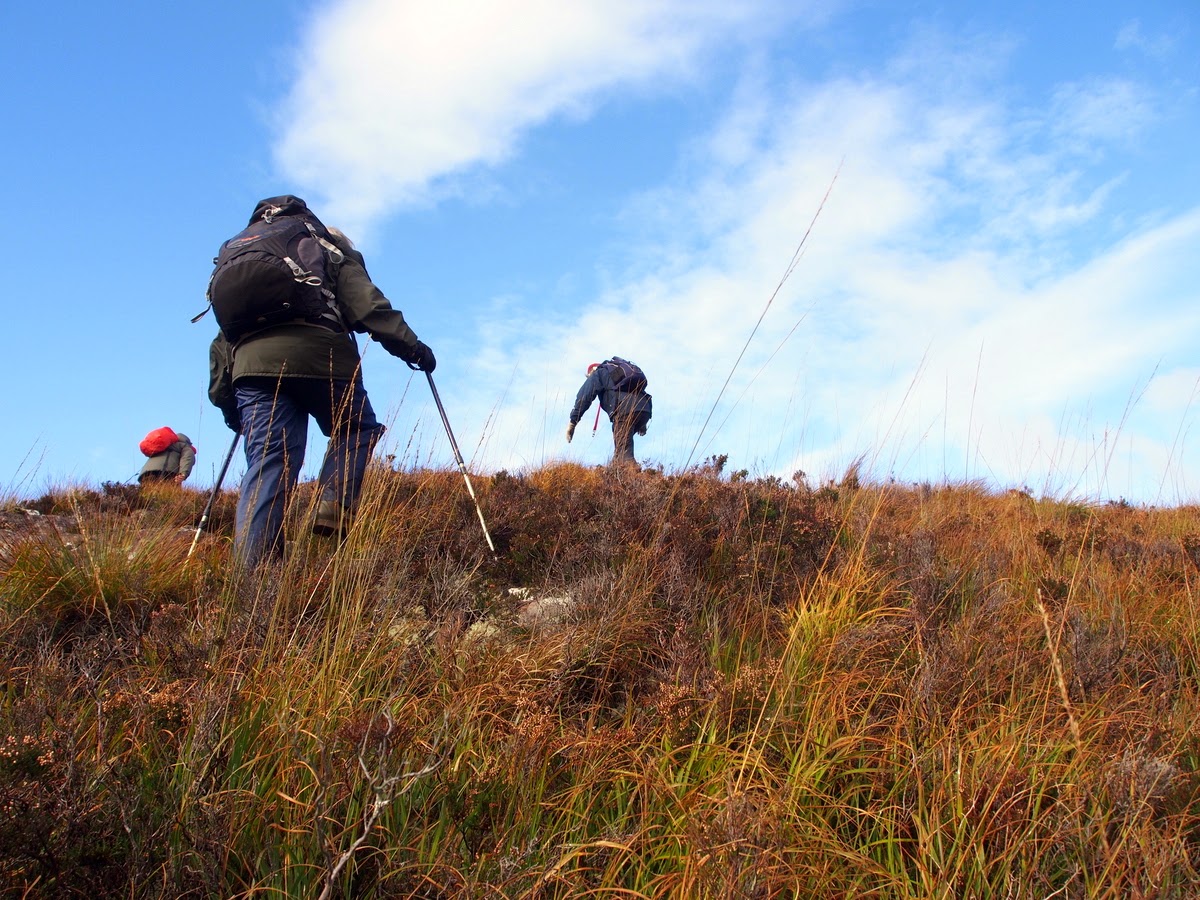 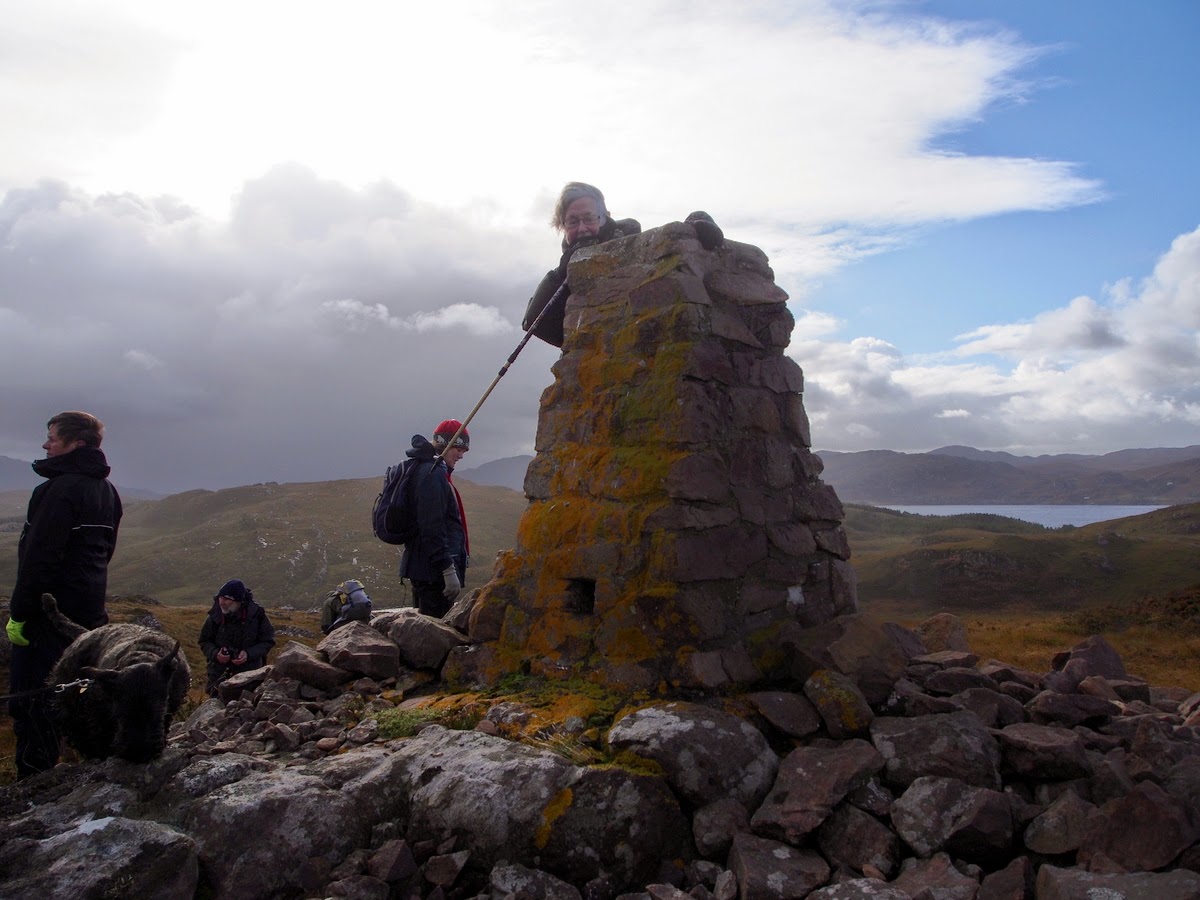 Once at the top it was unbelievably windy. Mary hung on and tried to smile for the camera 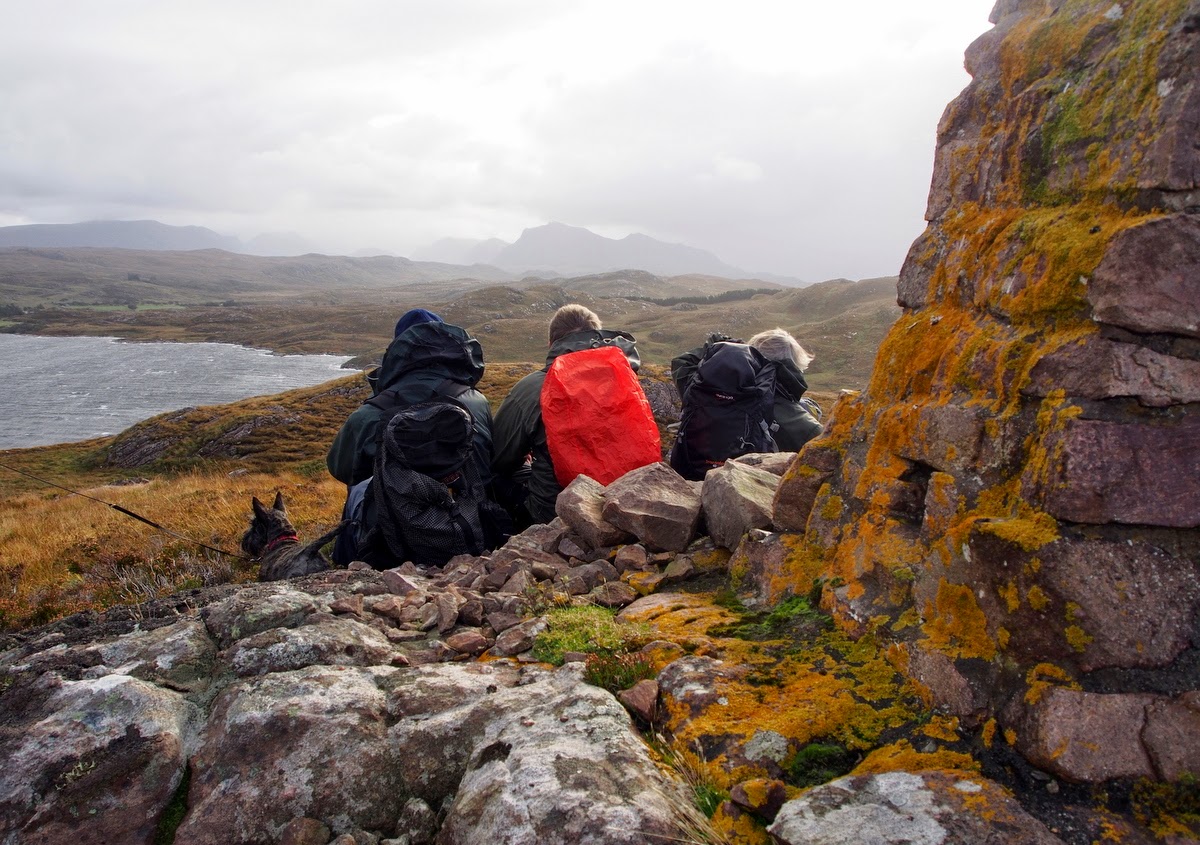 We huddled together for warmth and to stop being blown a way. I don't know where the iron age remains had gone, maybe we were sitting on them 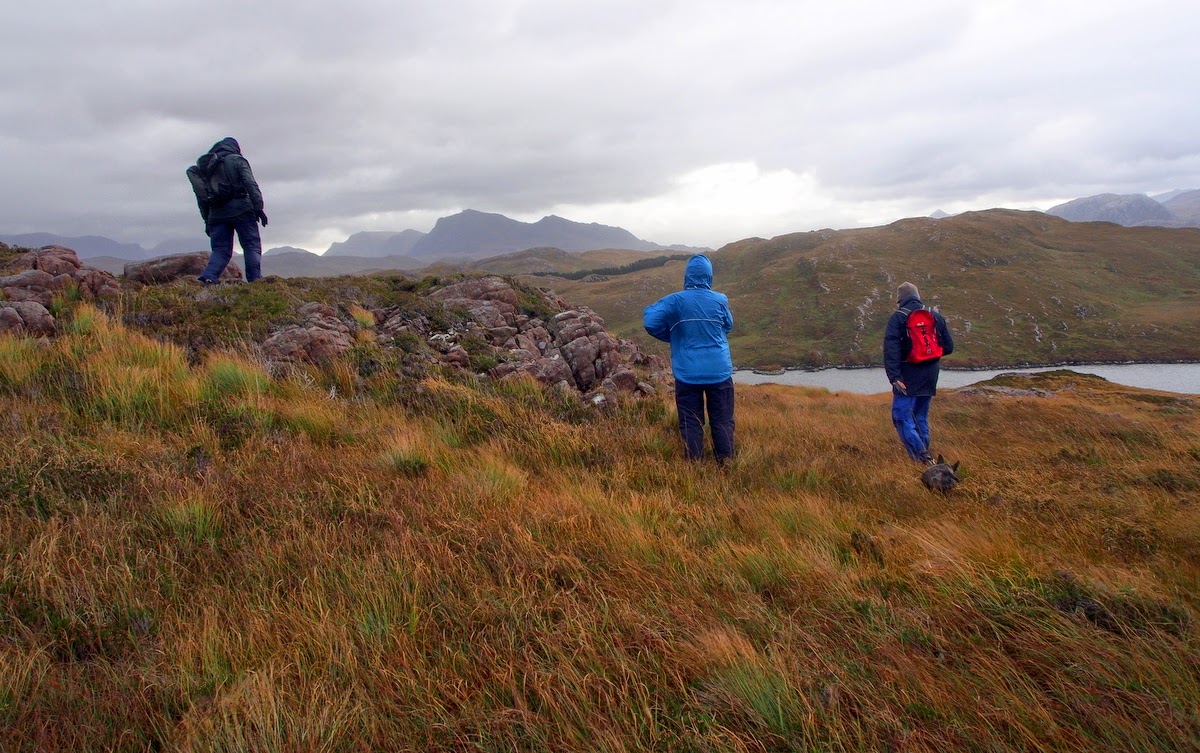 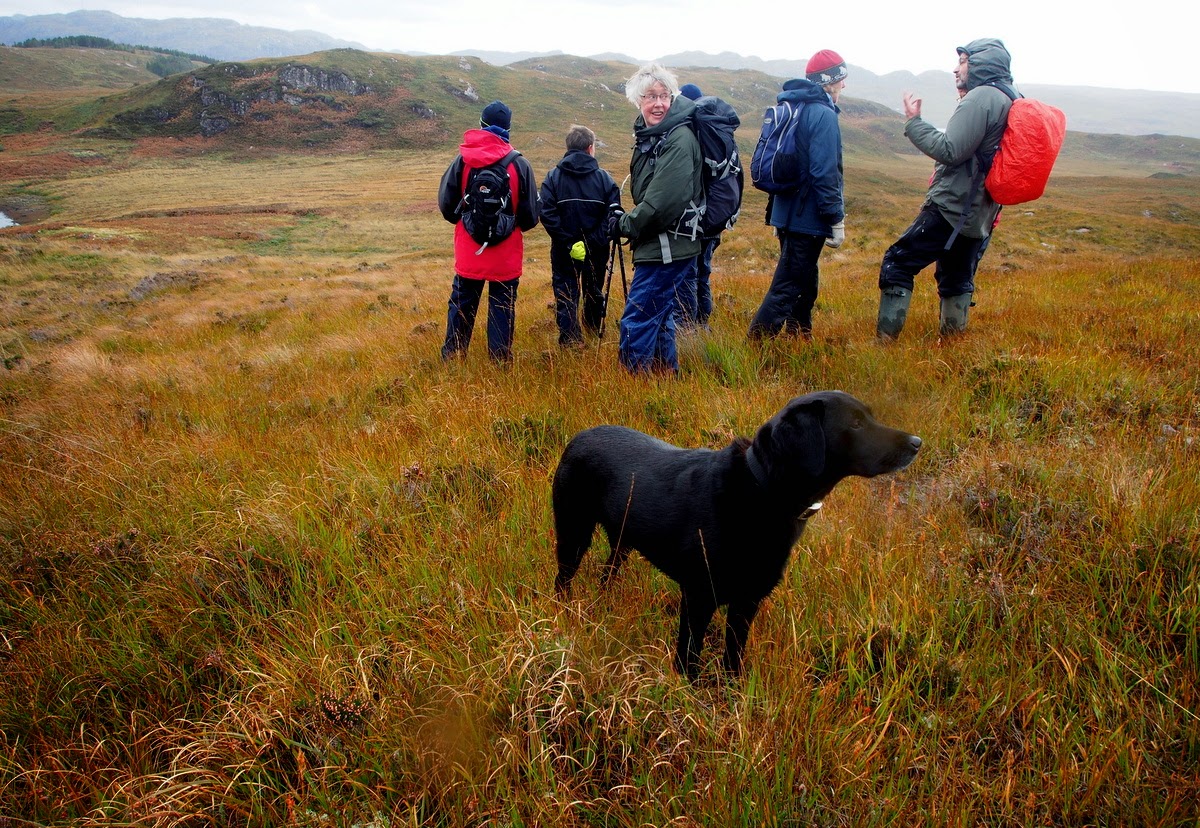 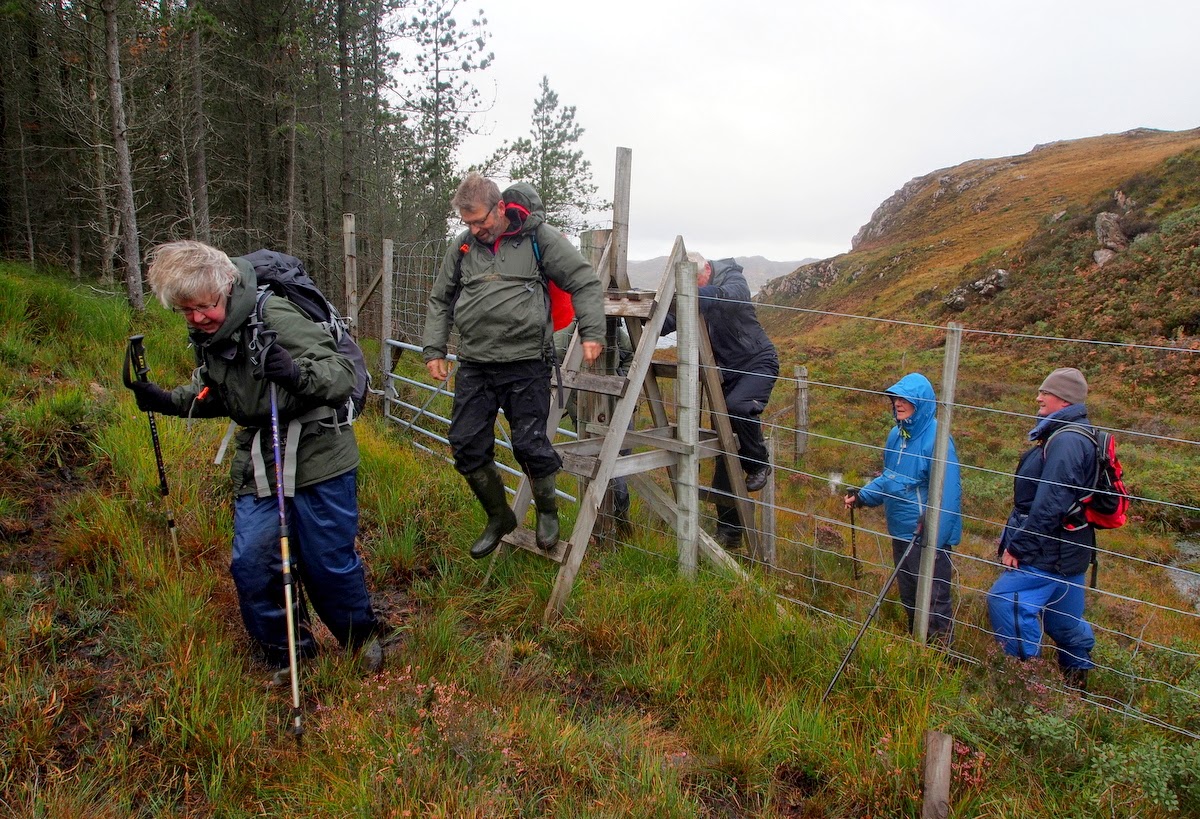 We were very bedraggled and soggy as we returned to base 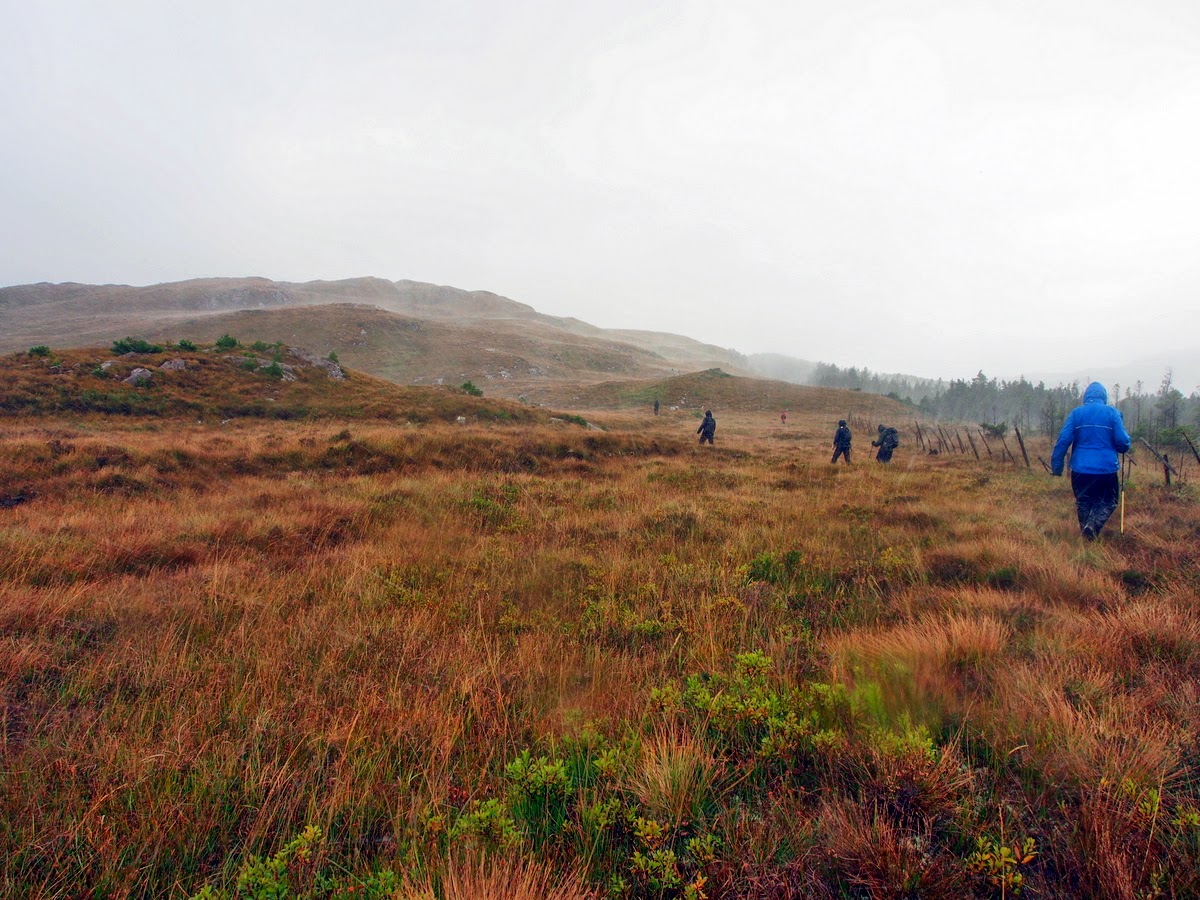 The rain picked up and turned to sleet and we lost our guide. Fortunately Mary had a map and the group stayed together. My camera is shower proof but not suitable for underwater. This was driving freezing sleet and I was beginning to lose the will to take photos. I put the camera back in my rucksack, (which was wet.)  At the end of the walk and after we had dried out we agreed it had been a good walk even if our guide had mislaid us for a while. It got a bit muddly he later explained.  He thought we were with someone else who knew the way back. The surprising thing is, even though we weren't that far from civilisation it was very easy once we got cold to lose our sense of direction and concentration.
Posted by annie hoff at 22:54

Crumbs! I feel cold just looking at the pictures! You're very hardy people. I would have stayed at home in front of a warm fire.

Rather you than me. It looks horrid.

I'm not sure how much fun getting lost and soaking wet is. We got caught out in a fog on Dartmoor one time and that scared me.

Looking back you can see how disasters could happen. I'm afraid I'm getting to be a fair weather walker!Still beautiful in the photos!

Hilarious - tho not at the time! Much 'buffeting'at the top. Tsk tsk to the guide - that was potentially dangerous.