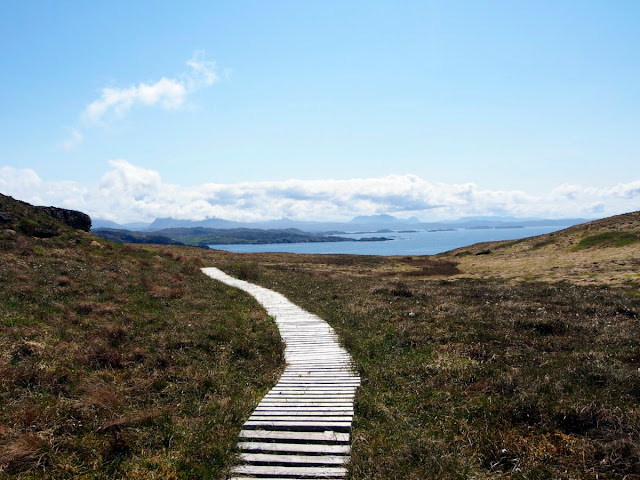 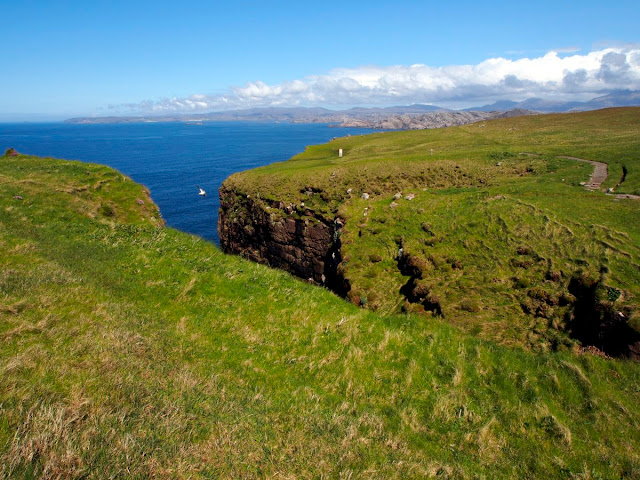 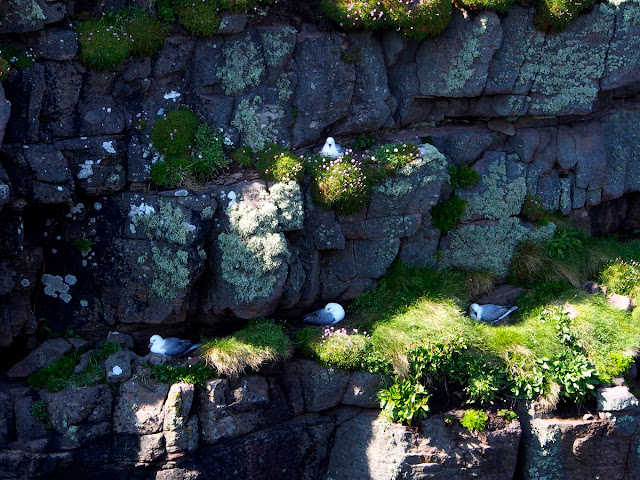 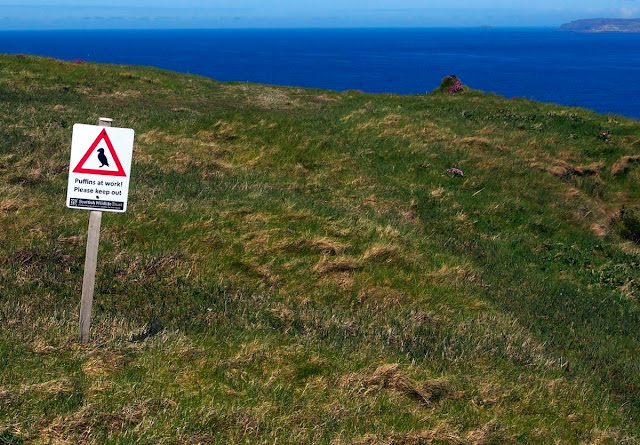 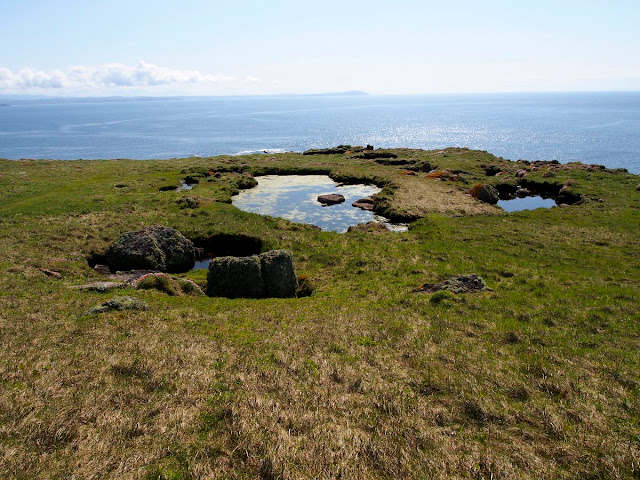 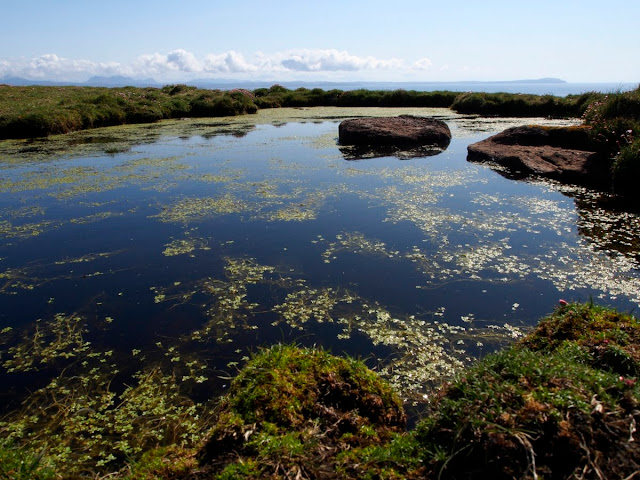 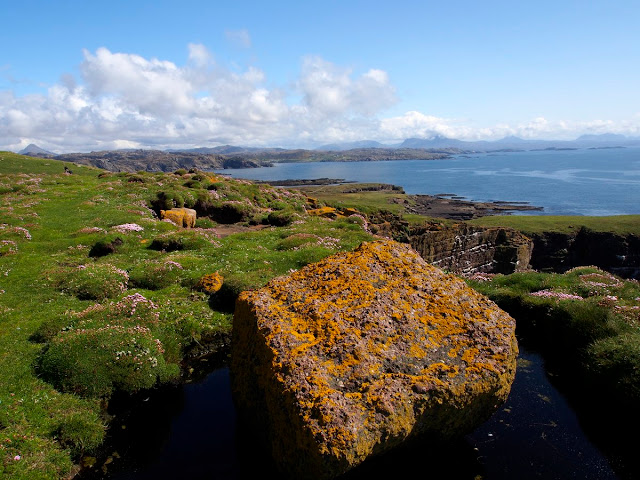 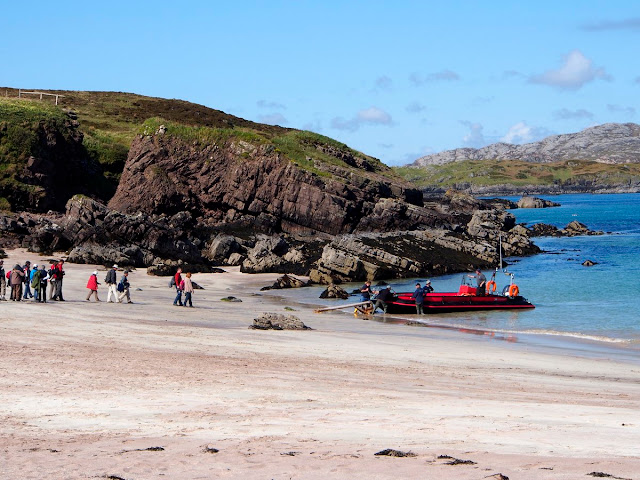 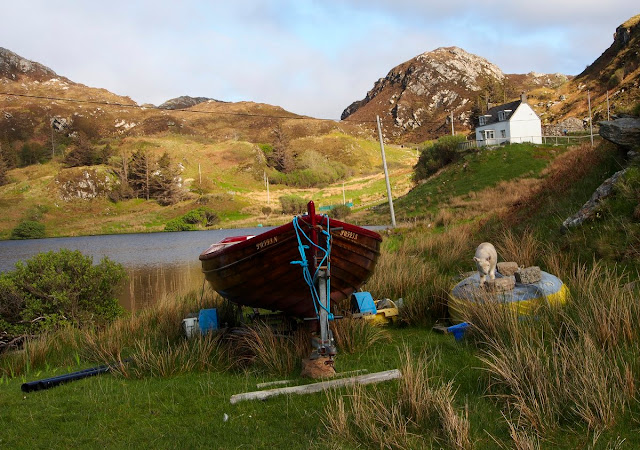 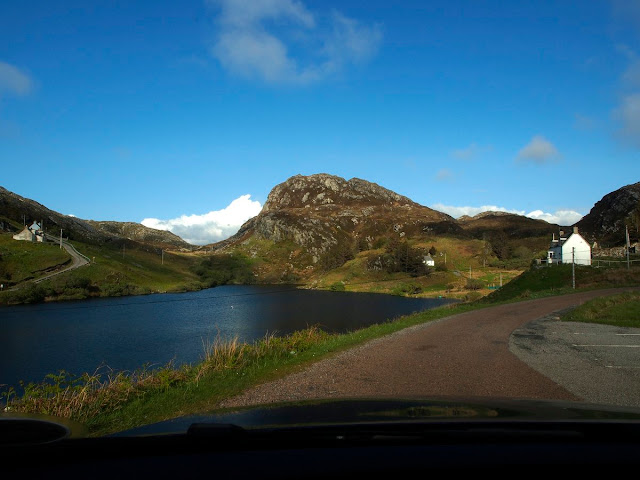 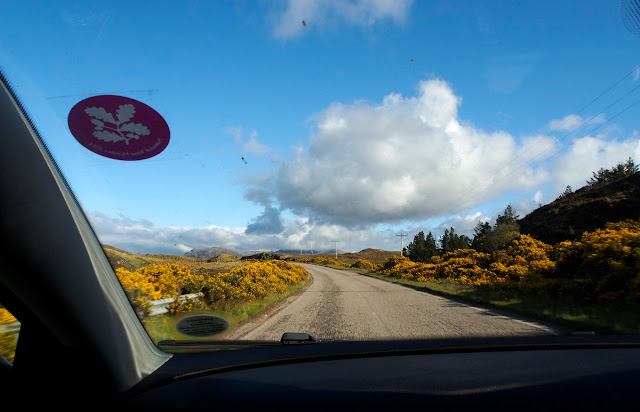 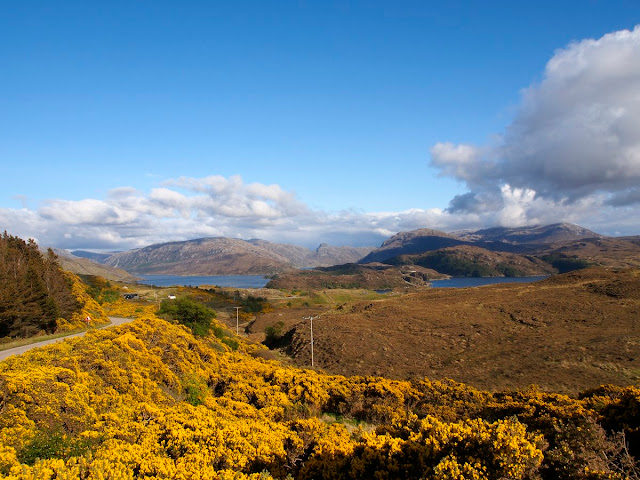 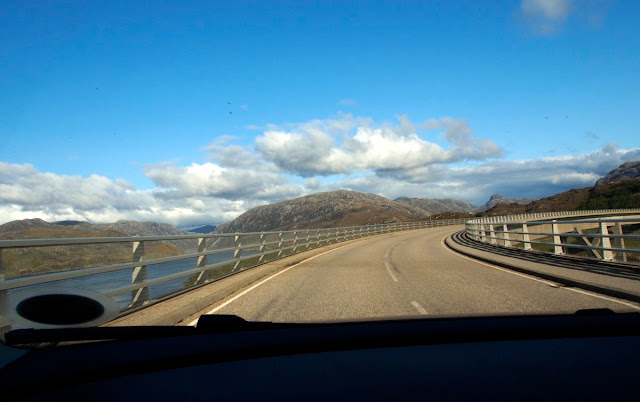 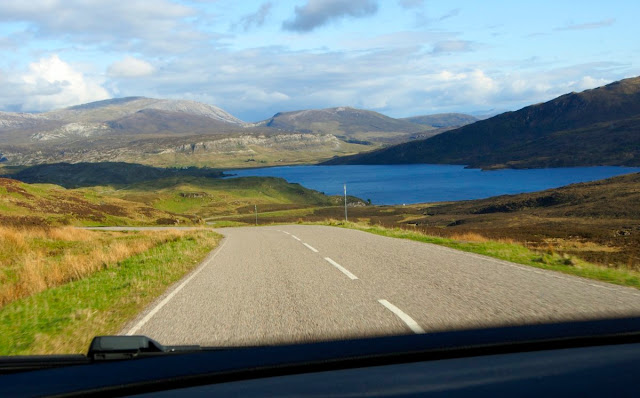 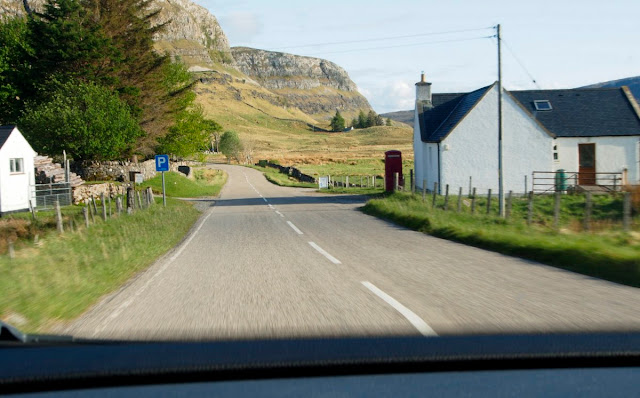 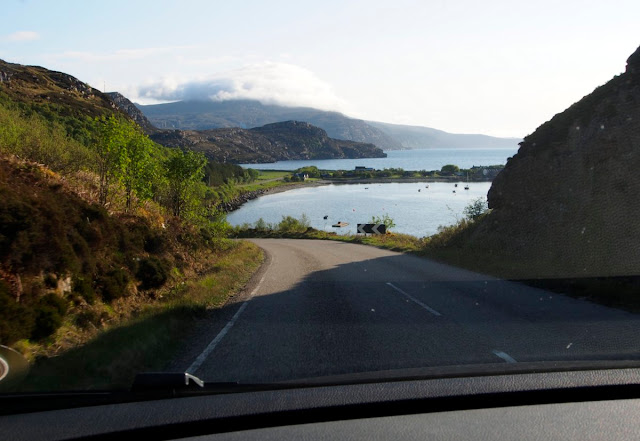 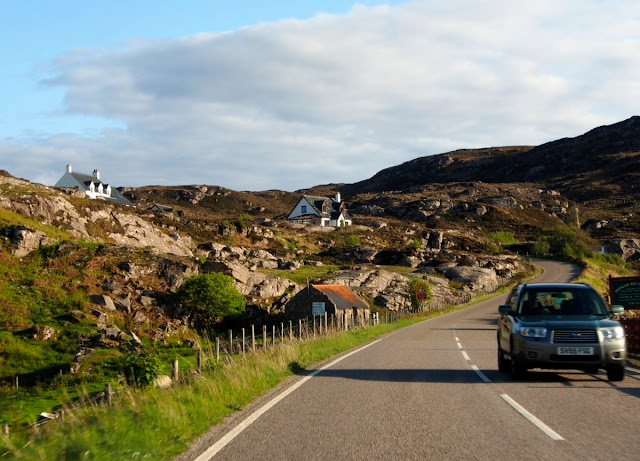 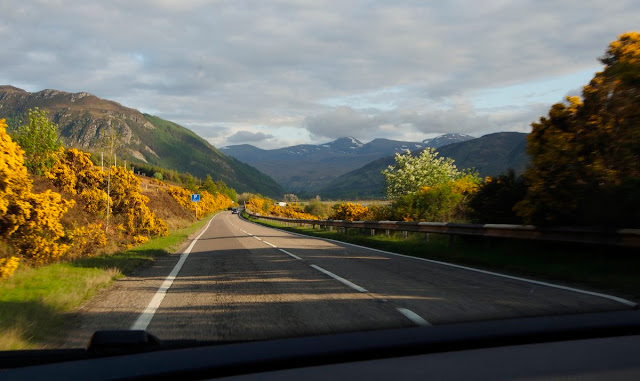 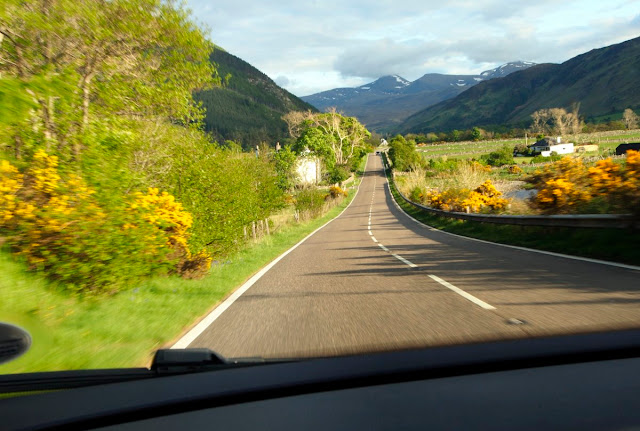 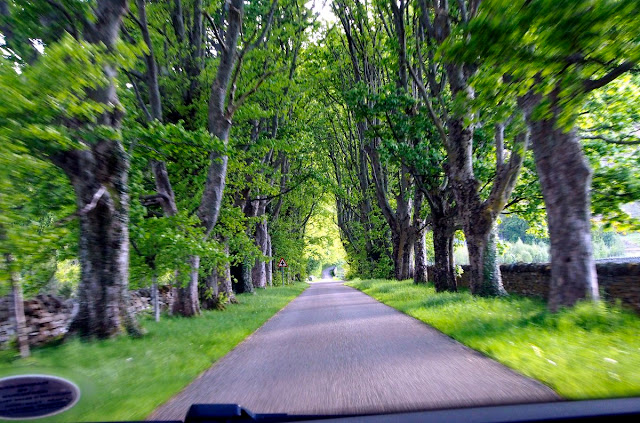 I think I've put pictures of Handa Island on here before. But it's so lovely I'm putting some on again. I've been a couple of times recently with friends. Last week the puffins had well and truly arrived. My camera with its little lens hardly zooms at all, but this little puffin was close by and seemed to be waiting for someone...another puffin probably. I didn't attempt many bird photos although there were a number of guillemots, razorbills, kittiwakes, skuas and of course puffins. I left that to the experts. I concentrated on the landscape which is so very lovely.  At the end of the afternoon the boat came and took away the remaining day trippers and then we drove home.
The road home has been given  new status. It has a new name The North Coast 500  It's the same old road but its Scotland's answer to Route 66...apparently! Of course, the road as you can see, is now clogged with traffic! It was a relief to turn into our quiet avenue of trees and home! But seriously I don't think you can say you've truly been to the Scottish Highlands until you've ventured  north of Ullapool. It is simply stunning.
Posted by annie hoff at 13:09

Fabulous landscape! It must be so exciting to see the dear little puffins too. Thank you Anne for sharing such lovely photos! Di XX

Wonderful photos, what a beautiful area you live in. The puffin photos were great.

Absolutely stunning! Your pictures are just gorgeous. Favorite has to be the one of the red boat and white house. You have the symmetry in the photo just right. I have been reading about the North Coast 500 and just posted Mark Beaumont's amazing 24-hour cycle route from the bottom of the Outer Hebrides to the tip on my blog. Happy long weekend to you!

Beautiful photos of a stunning landscape. Thank you.