VAT and the underworld 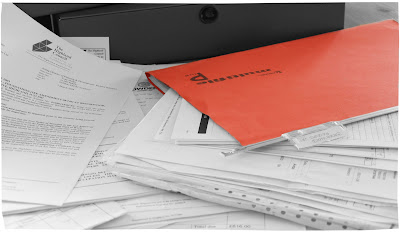 What I should have been doing was filling in and sending off a very detailed and complicated form to reclaim the VAT spent on building and fitting out the house  - but the form is long and wordy and while I recognized individual words on the form as being in English when put together in sentences they didn't seem to make sense. I downloaded the 'help guide' kindly provided by HMRC  to help answer the questions but I think it was written by the same person who wrote the questions on the form......so, I put the form to one side and went down to the bottom of the garden.
a great way of putting long complicated VAT forms back into perspective! 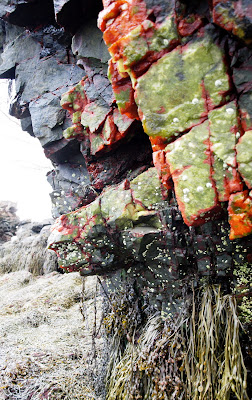 It's a long way from HMRC.gov down here, a slippery, wet, crowded world a jumble of colour and confusion that in a few hours time will be hidden under water again 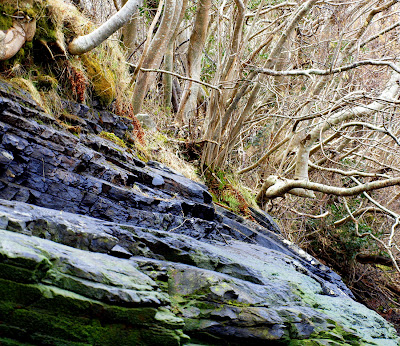 The bottom of the garden slowly creeps nearer to the shore 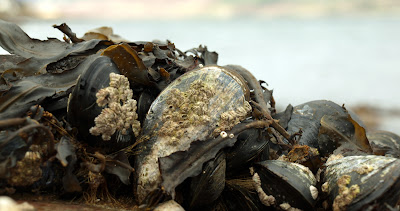 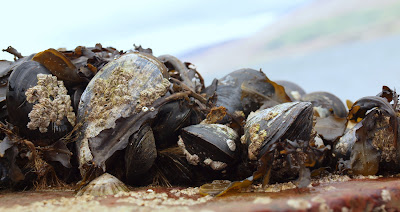 These have been on my blog before they take every available surface, hanging on,
waiting for the tide to turn 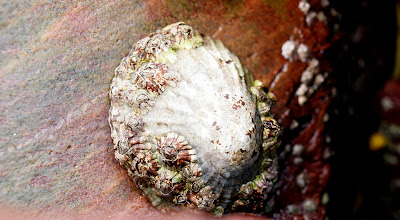 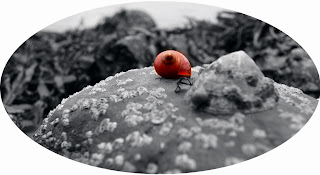 I haven't enhanced the colour just used the history brush in photoshop to put back the colour that was already there - a little red house (it moved slightly) home to a tiny creature. 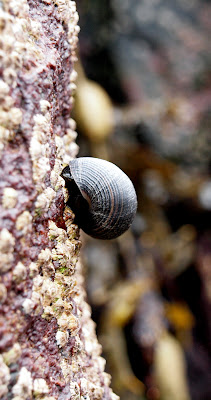 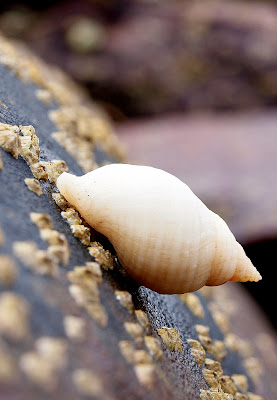 There is incredible beauty in close up down here at the edge of the shore. I have to be careful not to step on it. It's under my feet and so much of it.
The difference between high and low tide is approx. four to five metres. 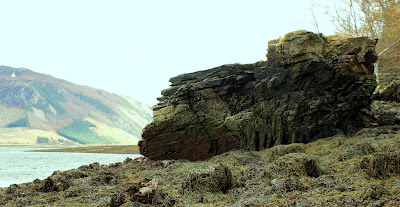 Sometimes I come and sit on this rock. I haven't seen an otter yet but I know they're here. I see herons, cormorants and gulls and once, when we were out in the canoe, a pair of seals. A lady in Ullapool told me there is a seal in the loch called Beverly!  When the tide is in and lapping round my rock  I can look into the water and see crabs scuttling along sideways and fish in their watery underworld 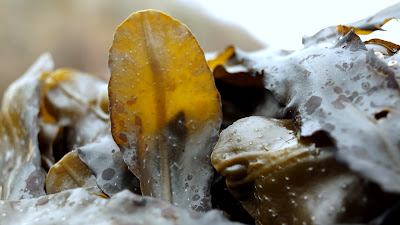 What a fantastic series of photos. The colours! What makes those rocks that colour? Is it the mineral in them or something that coats them? So much more important that you showed this to the world than doing silly old forms. Thanks. PS How do you get photoshop? I'd love to be able to play around with my pictures too.