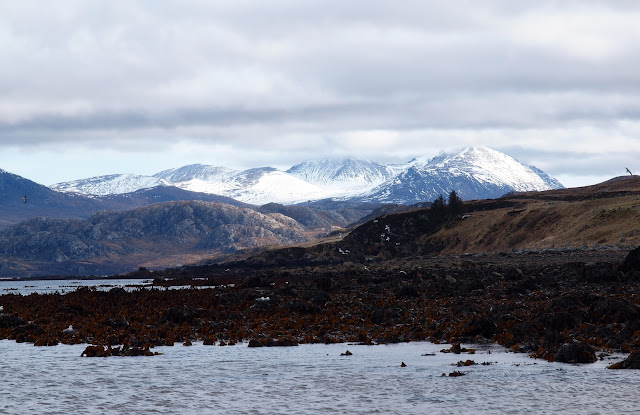 A recent, bigger full  moon has meant an extra  low tide. Fifteen centimetres might not seem much, but it was enough to uncover lots of little creatures lurking down at the edge of the sea 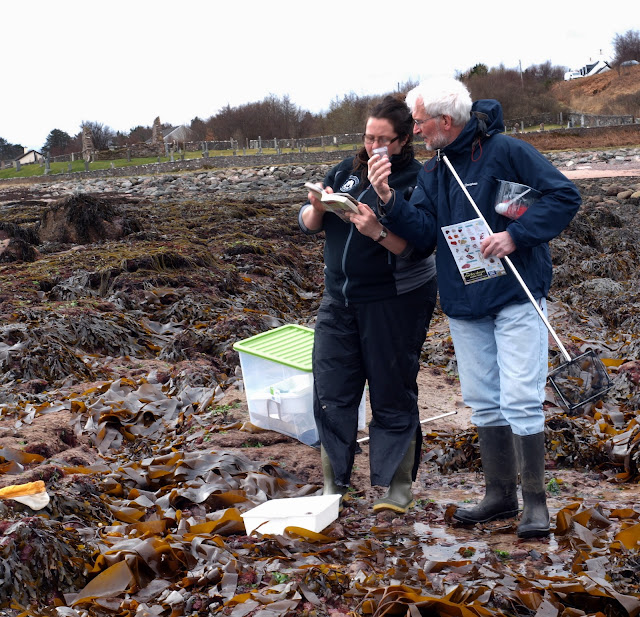 We met Lindsey,  a ranger employed by the Highland Council. And with our nets and pots, buckets and books, and Lindsey's knowledge of sea creatures 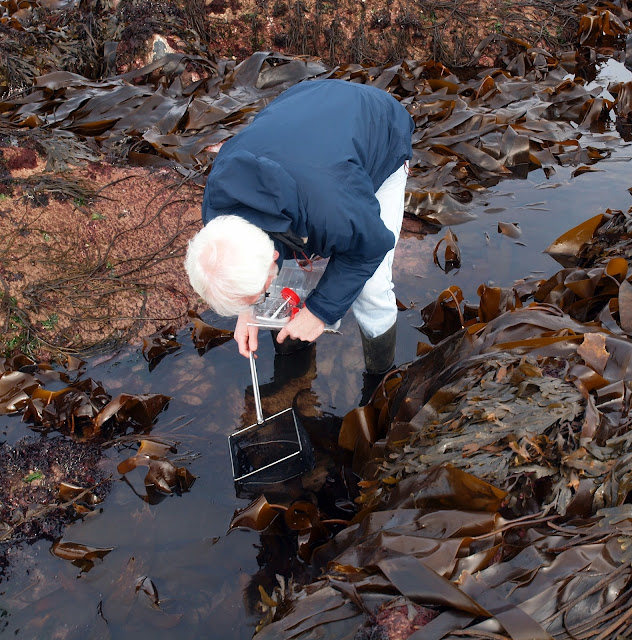 we got our heads down and got stuck in 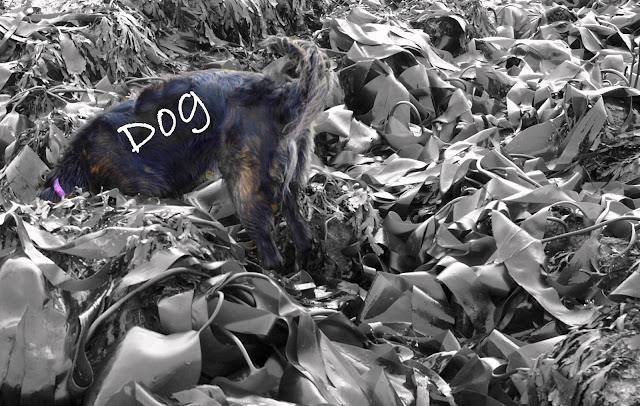 Ulla, Lindsey's dog, (also seen here) was well behaved and enjoyed rummaging about on the shore too. And no harm came to any creature in the taking of this picture! 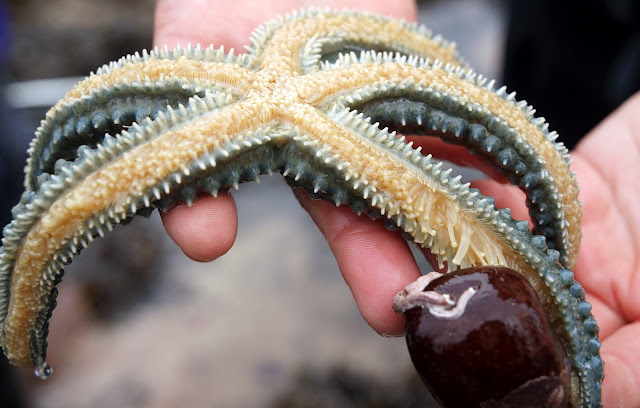 A star fish, quite a large one, on his back so we could see all his tiny tentacles 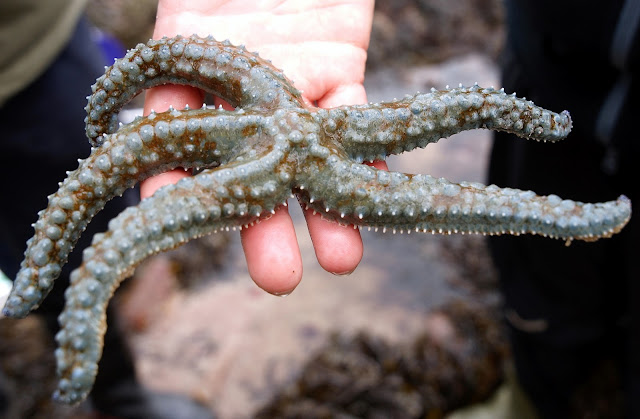 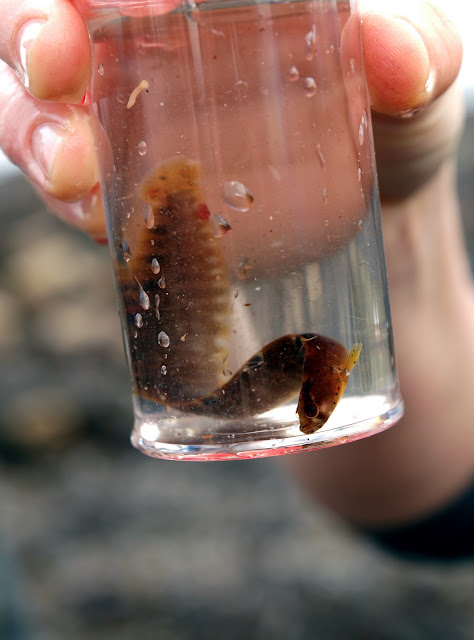 A butter fish, because he's so slippery to try and pick up. A little bit like an eel but with a very flat body 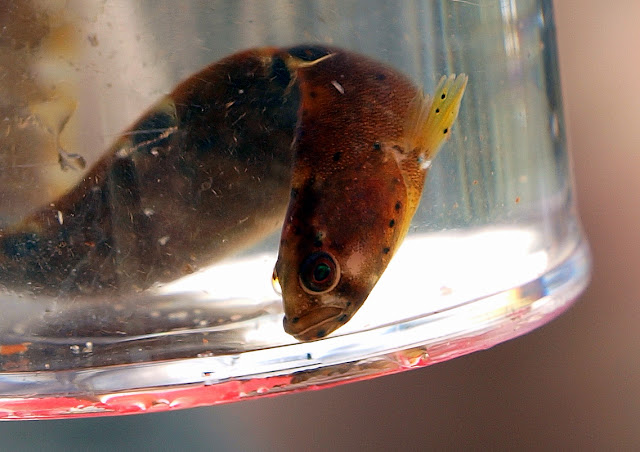 His proper name, but I can't pronounce it, 'Pholis gunnellus' is a bit of a mouth full. He was tiny and very very quick and vanished in a flash when put back  in  the sea  at the end of the afternoon. 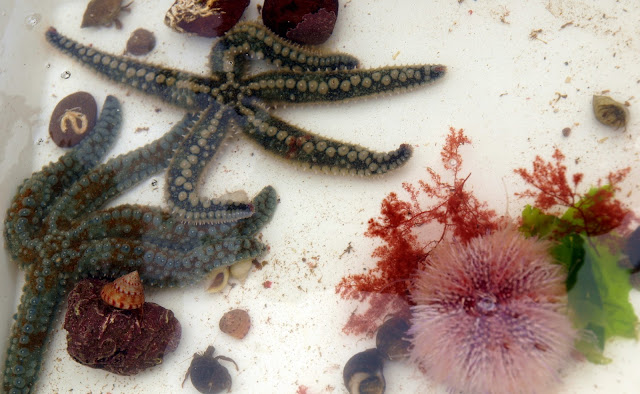 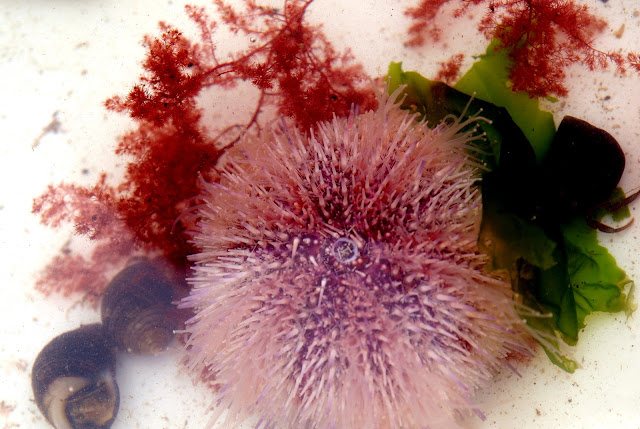 A tray of delights. 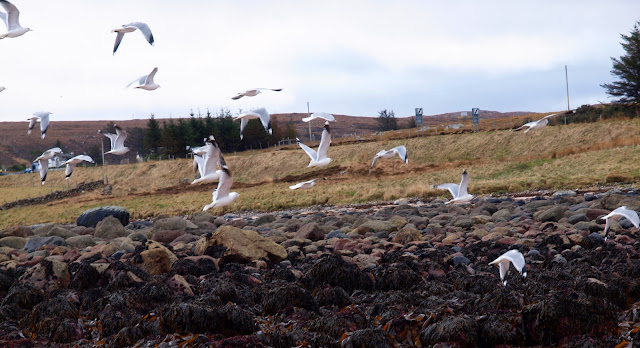 But, it was getting cold on the beach. We were with friends who had come up from Somerset to visit us for a few days. Somerset, where, I understood  it was slightly warmer than here! 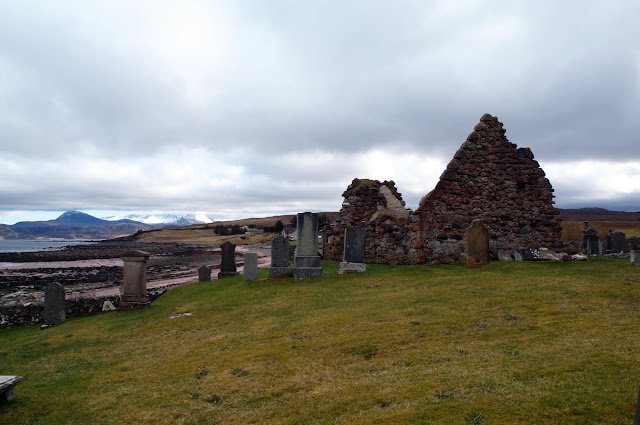 On the way back up the beach  to the warmth of the car, we took a look at this wee little chapel. The Chapel of Sand believed to have been founded  at the time of St. Columba in the 7th century but this present building, I think, dates from the early 18th century. 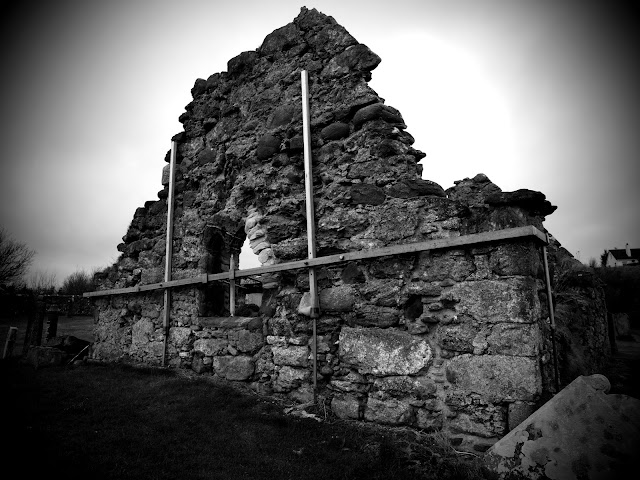 One of the most intact roofless chapels in the highlands it may be,  but it still needs a bit of propping up 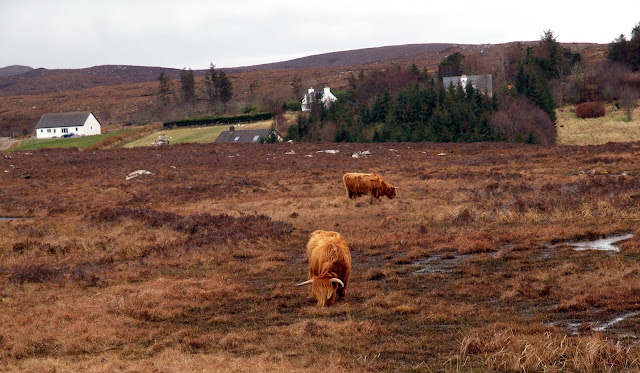 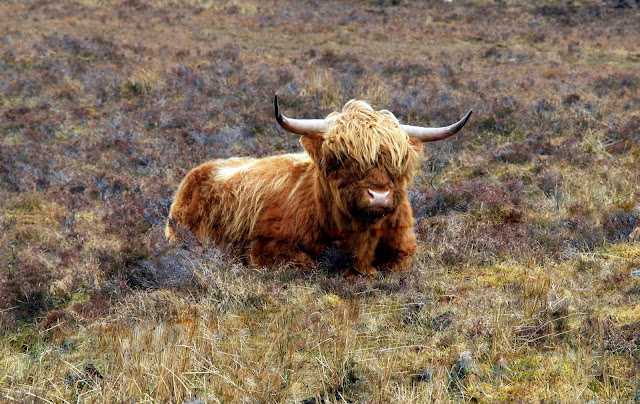 And on the drive home, and on cue, what could be more iconic than this 'Highland Coo' waiting patiently by the side of the road for our visiting friends. He posed for photos with an air of bemusement!
Posted by annie hoff at 10:22

The starfish are such a pretty color ... different than the orange ones I've seen pictures of.

Love the butterfish, and the coos!! Looks like a great day out.
Dan
-x-

Beautiful place you live in though brisk, I imagine! Love the starfish and the "coo!"