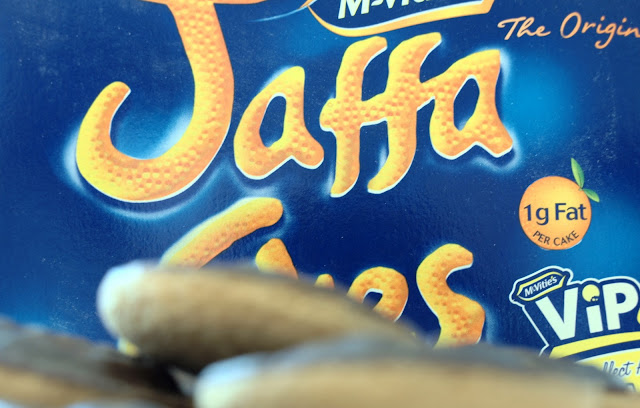 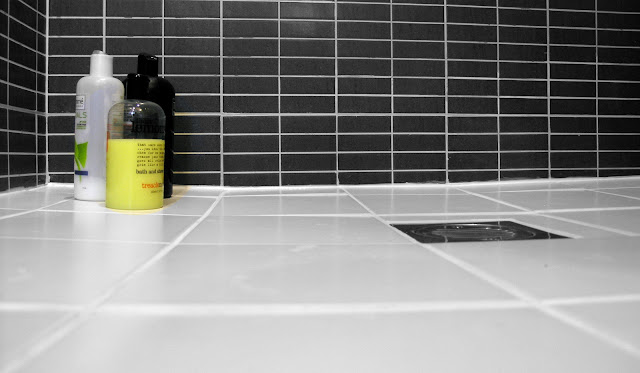 we finally finished the shower room! 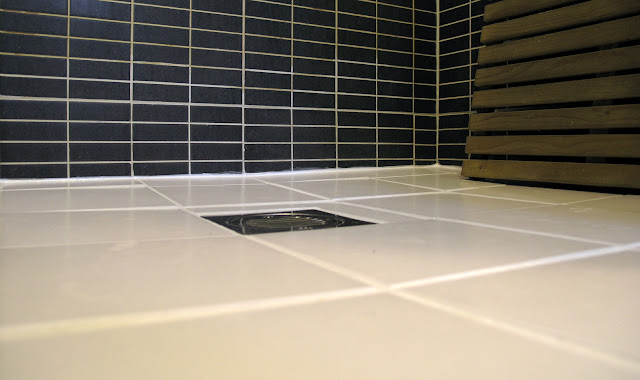 I can't believe it took us so long. Neither of us like tiling, which may have slowed up the process a teeny bit 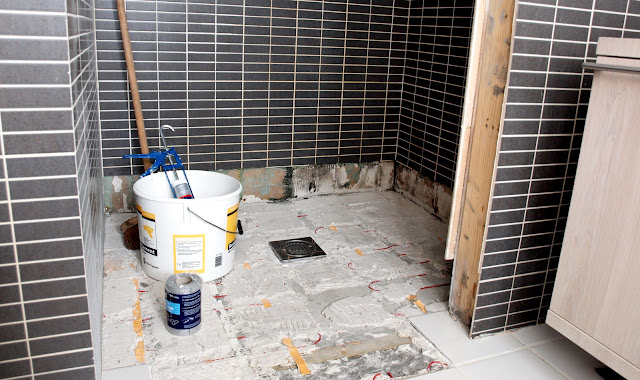 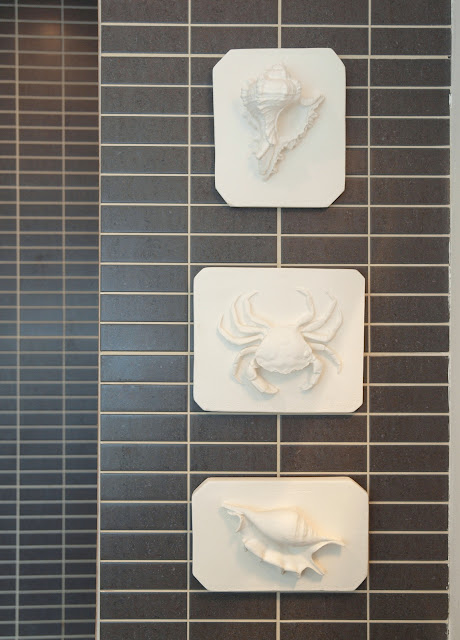 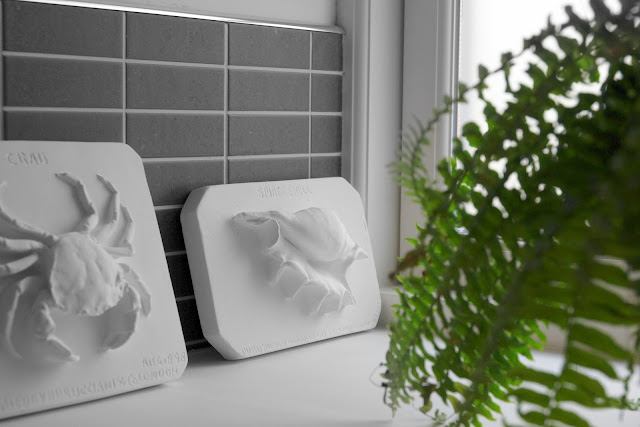 Bought many years ago from the British Museum shop. 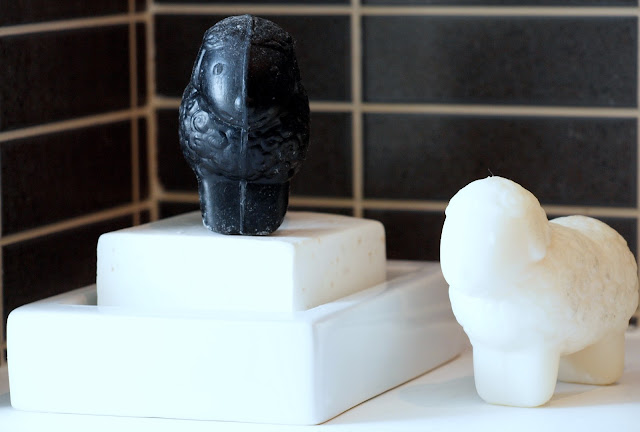 arranging the soap took time too 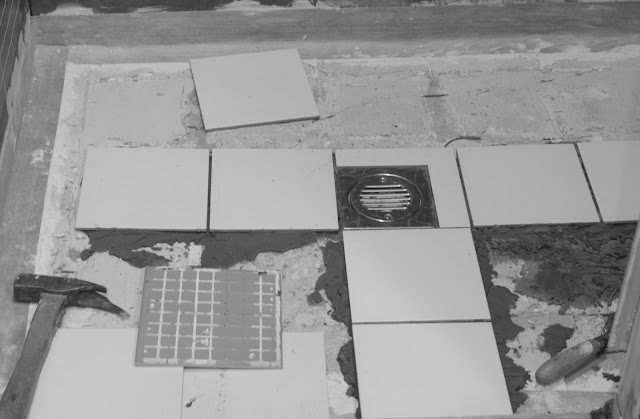 but, this wouldn't go away and at last bit by bit we got it done. We reached a compromise. Niels did the sticking and I did the grouting 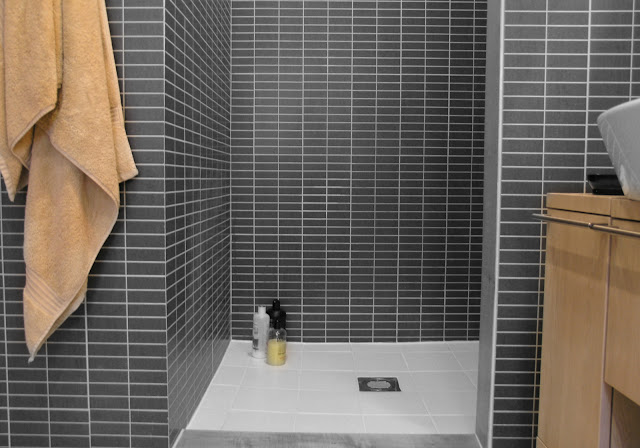 At least now all the tiles slope towards the drain instead of the door and out into the hall! 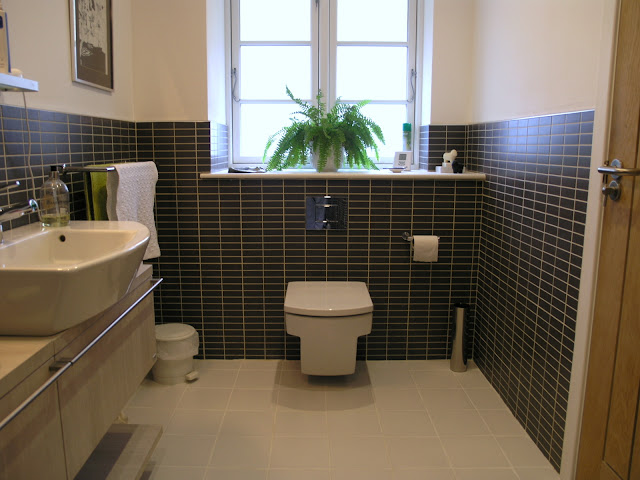 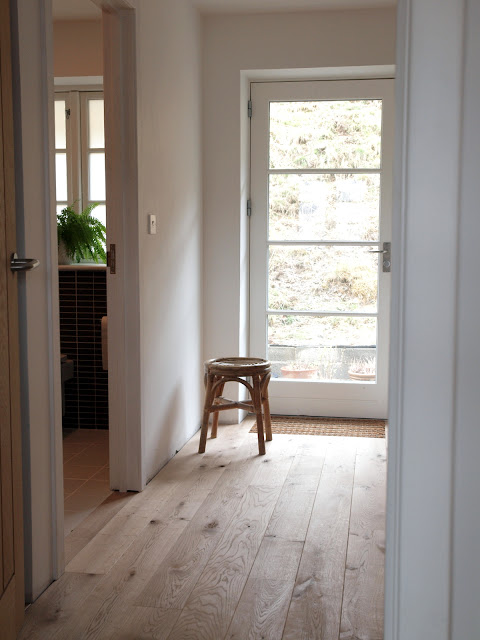 No, of course it's not finished yet, but it's getting closer.  Painted, and with the floor down - skirting board to follow! 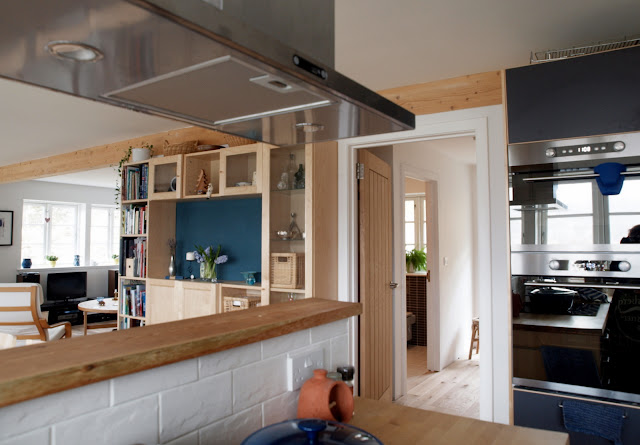 I can stand in the kitchen and it's almost as if the house is finished - almost! 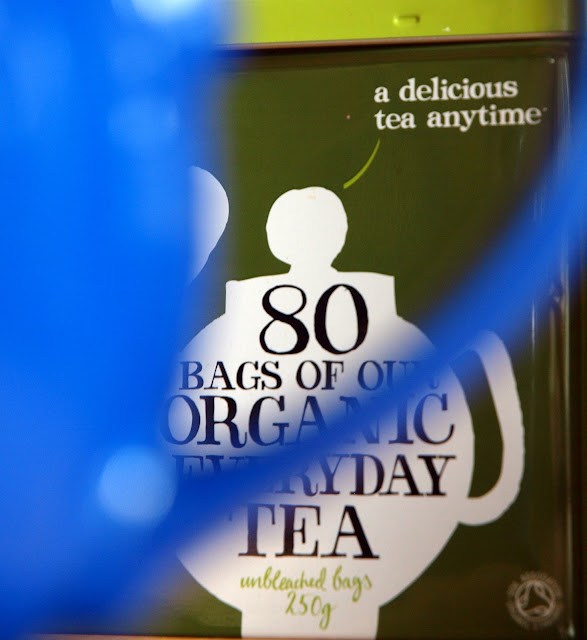 And now I need another cup of tea!
Posted by annie hoff at 18:32

Well, for two people who don't like tiling, you've certainly done a fantastic job! I love your sheep soaps!!
Your kitchen looks fantastic too, very light and airy.
Dan
-x-

It must be a good feeling to have that job done ... looks wonderful.

I agree, your tiling looks great! Mac has been tiling 2 bathroom floors this week, he'll grout them too, I don't do tile work. Now the vanity counter tops look awful so we're in search of granite next.
Your house is beautiful and so neat!