Well just look at this! 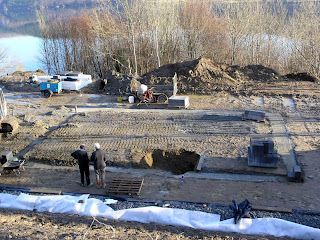 You turn your back for a minute and the next thing you know, your house is being built! The work on the foundations has started! 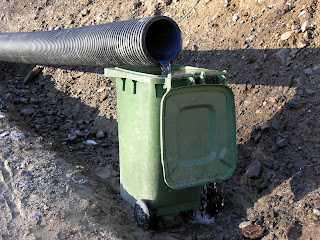 The ingenious method the builders have come up with for filling their kettle. The stream has been diverted, via a plastic pipe, to flow into a wheelie bin. It comes in handy for mixing cement as well, which I suspect is its main purpose! 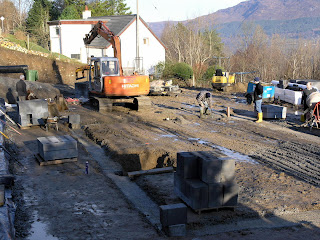 No 'faffing' about with hard hats here! 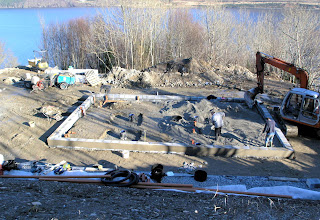 And today, even more house has appeared! Will it be big enough? We have five and a half containers of 'stuff' to fit in it 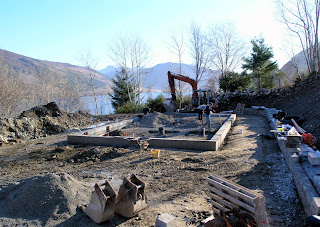 But it is exciting and it will be a brilliant site 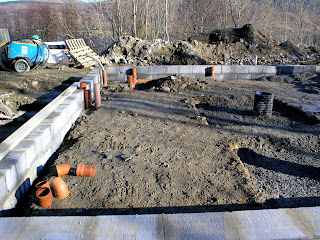 The land behind the house (overlooking the loch) has to be landscaped. We need to lop down some more trees otherwise the view will be blocked, and we need to do it before the birds start laying their own foundations. How awful to build a house only to have someone come and knock it down 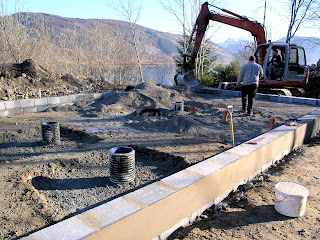 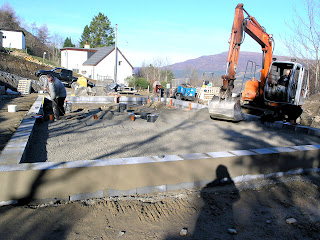 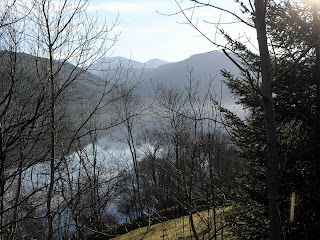 The weather has been beautiful. There is a real softness in the air. The birds are singing their socks off and the bulbs begining to appear. Can it last! It's now I realise what a long dark month January has been. January would be the month to go on holiday I think 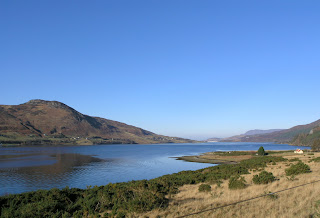 I drove into Ullapool (to post Jo's parcel!) and everything was just so.....blue. I still can't quite believe that I live here! How on earth have we managed to find such an amazingly beautiful place? 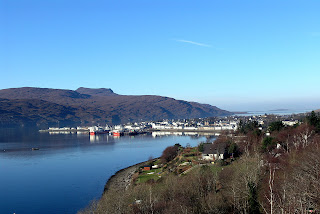 Blue Ullapool! The two orange blobs are fishing trawlers (I think). There were certainly a number of refrigerated lorries about on the quayside and driving to and from Ullapool.
Posted by annie hoff at 15:29