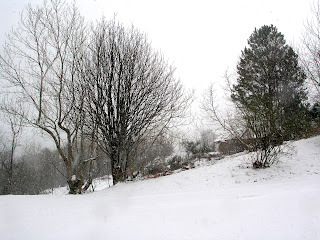 It snowed! We've had snow on the mountains and on the way into Inverness but until now it hasn't made it to Letters. 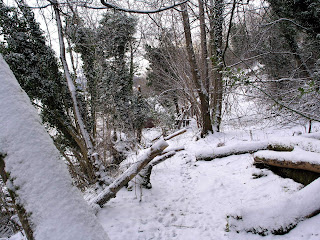 At the bottom of the garden 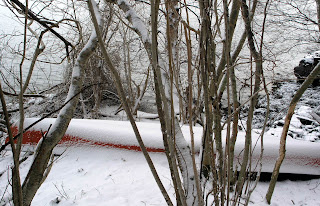 I found the canoe. It will sleep until spring 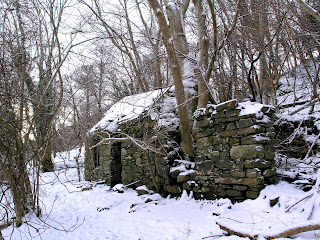 The summer house waiting for the summer and a bit of a repair. 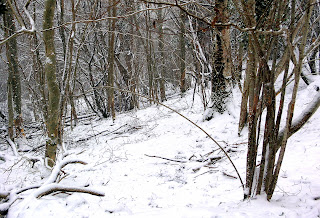 In the snow even the wood looked, well - less messy! 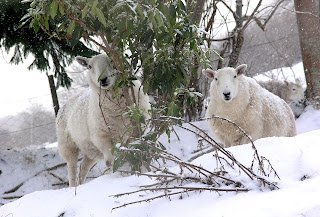 It's that mad woman, don't move she hasn't spotted us, we look like a couple of off-white snowballs, she'll go in a minute 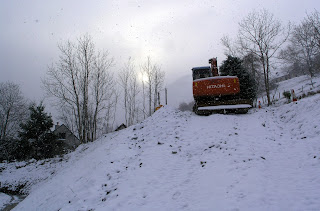 Not a lot happening on the building front 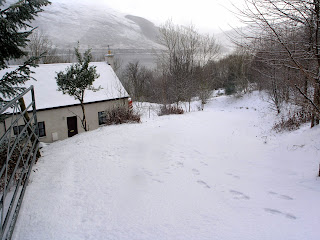 The house we are staying in. Luckily we left the car at the top of the drive 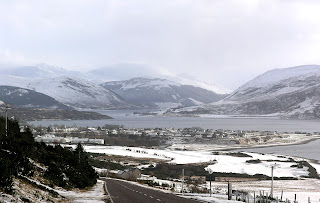 We drove out of Ullapool, seen here from the north, to see the sights 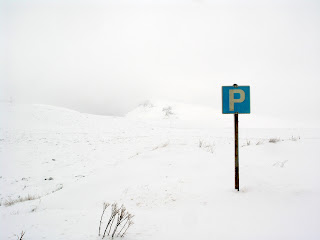 which, at the risk of stating the obvious, were very white - white as far as the eye could see 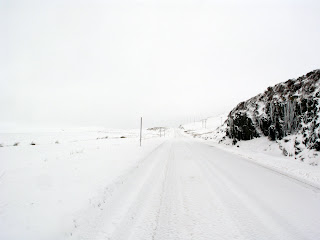 The road north. The only road in fact, unless you drive up on the east coast. It is incredibly isolated with nothing around for miles. At this point we decided as we don't have either the car to cope with these conditions, or the provisions if we should get stuck, we had better turn round 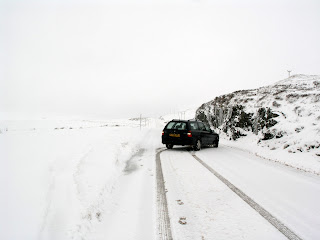 and drive home, which we did. Niels even remembered to stop the car and let me back in! 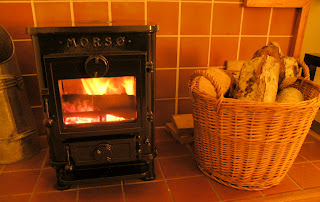 I lit the fire. A little danish wood burning stove that fairly belts out the heat. It's cosy and warm and beats being stuck in the snow. Sadly the forcast for tomorrow is more rain