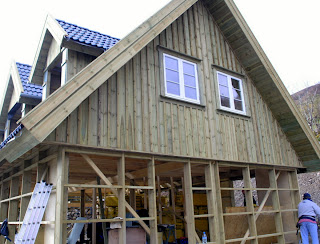 This morning the house looked like this. The cladding on the gables is finished and the windows have gone in. What a difference a day makes! 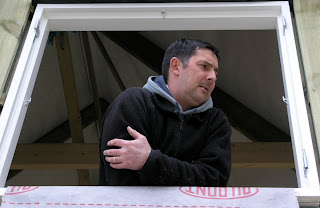 Steve isn't just leaning out of the window - he's leaning and 'learning.' Mark is doing something and Steve being the apprentice needs to see what! 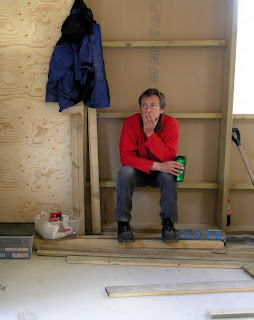 No, he doesn't need to see Mark having a cup of tea. This is later in the day and Mark is having a well earned break and now it's possible to come inside and sit down in an almost real house almost out of the draught! 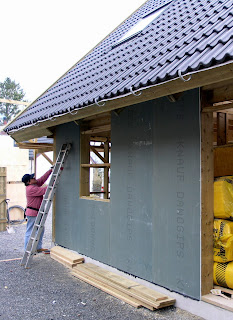 Alan comes into his own banging in nails and gunking. If you look closely at the bottom of the green plaster board as it joins the foundations you will see some black gooey stuff

Here it is in close up. It acts as a seal where there is a cold bridge, and it's particularly gooey 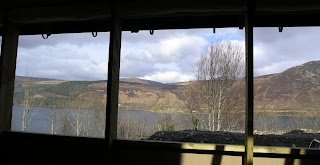 Looking out from the kitchen window - I'll never get anything done! 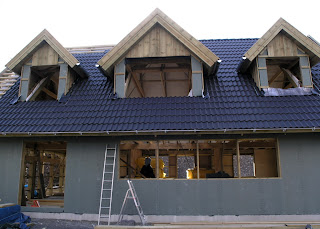 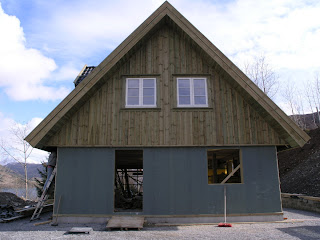 The walls start to spread round the house 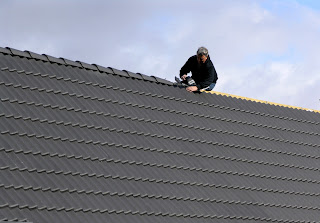 Micky continues up on the roof! 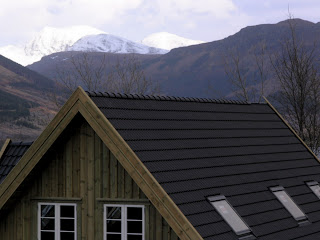 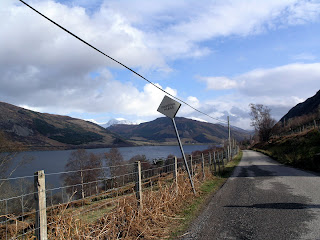 Now for those of you that are sick and tired of pictures of timber framed houses - surely that can't be possible?! This afternoon we took a little diversion down the lane with the camera to take some pictures that are guaranteed to make you go Ahhhhh!

Lambing starts much later here, mainly I suppose because of the weather. Mother and baby are both doing well 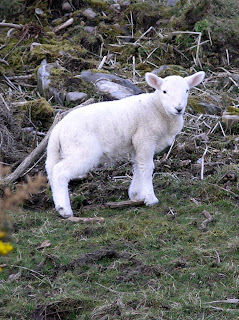 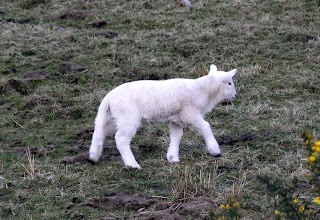 It's looking absolutely luvverly. Well done to all concerned. What a fabulous place with fabulous views and fabulous livestock!
Love Bee Thain