A 'Boil in the Bag' house 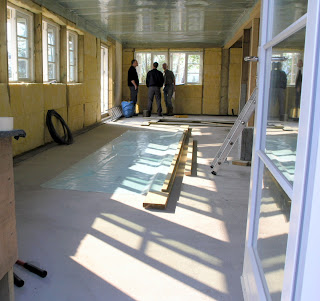 The joiners arrive for work and discuss the plan of action 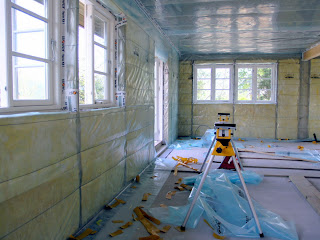 They weren't so enthusiastic at having to stick the house up with polythene sheeting, but it's necessary for the heat exchange system. 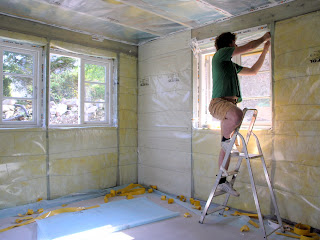 Robin spent his last day sticking up the window surrounds. He commented that we would soon have a 'boil in the bag house!' Putting polythene bags over your head is not to be recommended so I hope this heat exchange system kicks in before we suffocate, other wise we shall be living with the windows open! 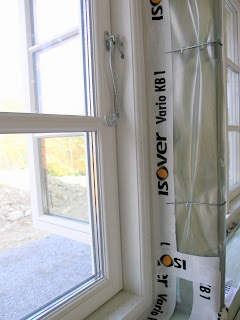 He made a very neat and tidy job of it, though he said it took three or four windows before he perfected a system! 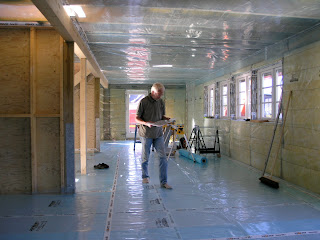 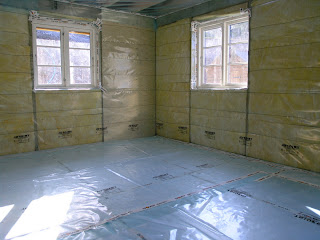 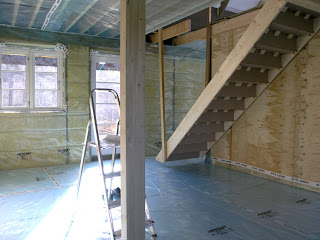 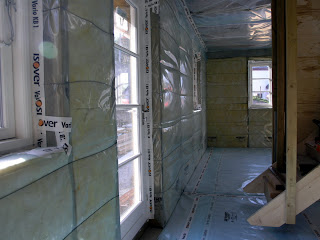 We had a scare in the week in the form of a letter from the building regulations department saying we must cease building immediately as we hadn't yet complied with all the required regulations. There is an enormous amount of paper work to complete and to be fair to the inspector who later turned up on site we haven't yet dealt with all the points raised. In fact the inspector was ok and turned out to be human! This door way at the bottom of the stairs through to the study though has to go. We had hoped by putting in another door round the corner we could keep it, however in the event of fitting a stair lift, it would be in the way. But he has allowed us to carry on working and the points he wants us to clarify on paper are not too bad. Niels has an appointment with him tomorrow in Dingwall. Niels spent yesterday working on the installation plans for switches, sockets, light fittings, cooker points etc. It's actually hugely difficult when you've never done anything like it before, and we don't have an architect we can pass it on to. He's pretty good at working in paint shop and the plans look very professional. Ollie, our youngest son the electrician, has added points and advice, but at the end of the day it's getting it down on paper that counts! 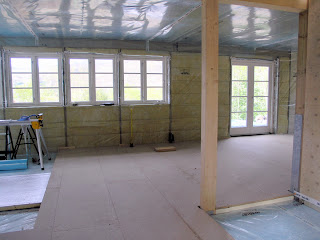 After the polythene, the insulation goes down followed by chipboard. The area to the right where there is no chipboard will be a shower/wet room so will have concrete flooring and tiles 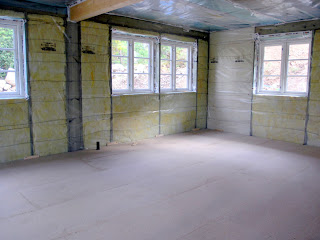 Suddenly the house has a different feel to it. The rooms becomes lower and the windows change height 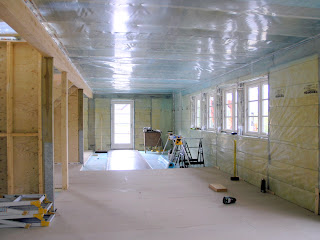 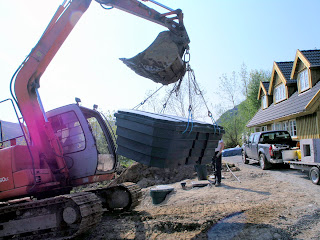 Another big event happened in the week. Puraflo arrived to install the waste system 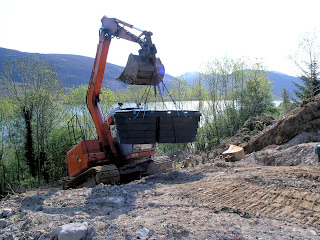 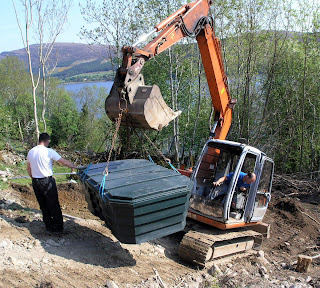 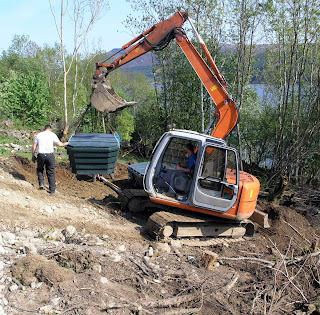 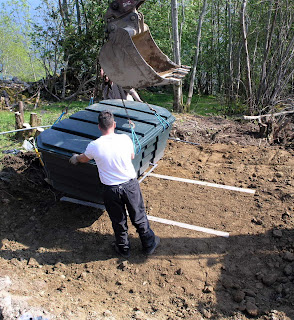 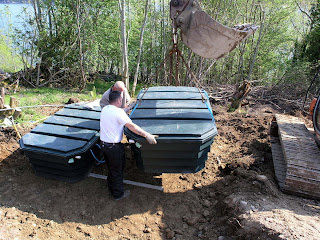 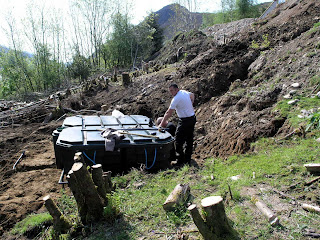 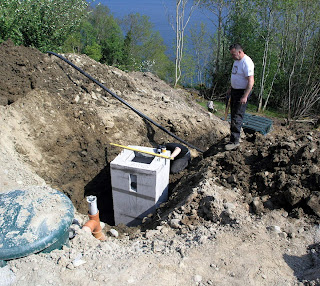 This is a sump - apparently! The building inspector was happy with the waste system and also in agreement with the treated waste water being discharged into our burn which despite the very dry weather hasn't dried up. The weather continues to be glorious and our neighbours are talking of the need for some rain! The man who lives further up the hill, at the back of us, said his well is drying up. He isn't connected to the mains, and mostly has wonderful spring water, except if the weather stays too dry
Posted by annie hoff at 07:32

You've come along way. I really love looking back at your old blogs. Hope you are both well. Miss you xx Em