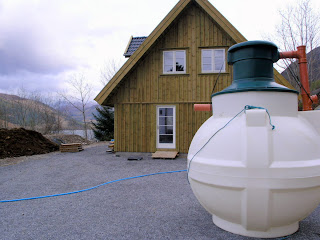 The septic tank moves from the top of the drive down nearer to its final resting place . At this point my camera battery died so I was unable to take the action shot of it being lifted into the hole in the ground! 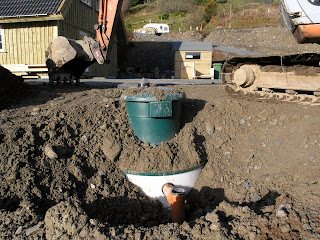 So you'll have to take my word that it was a pretty spectacular sight! Here it is buried up to its neck and filled with water. Niels says I can have 73 baths - is that a week? In my life time? I wonder? 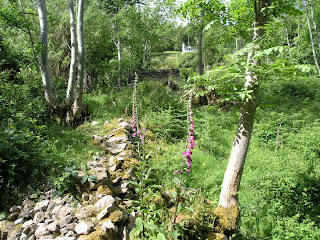 This is quite tragic. A photo of the land last June before the Hoffs got their sticky mitts on it! 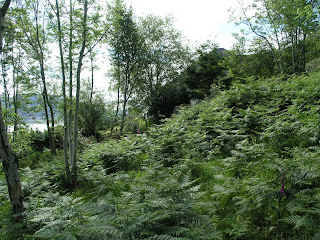 I do remember how lush and green it was, everything just grew everywhere in total random profusion 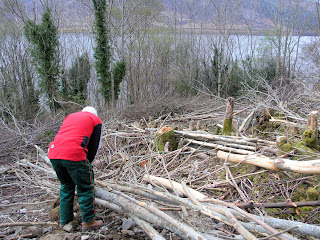 and now look at it! It looks dreadful and sad. It feels so murderous to have devastated so much of the landscape. About half the garden has now been wrecked. 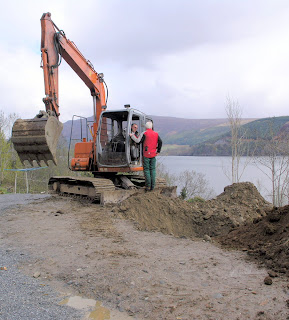 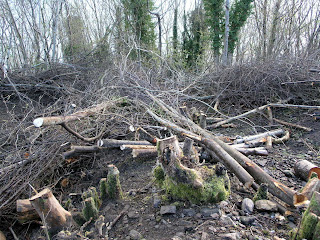 He needs to clear a space down here so that the puraflo tanks can be installed on the 12th May. We want to keep as many of the logs as possible for firewood. While they're not huge tree trunks by any means they are in many cases very long and often very heavy and tangled up in a jungle of branches. The problem is continually working uphill, (or down!) without always being able to find firm foot holds. The ground is slippery and muddy with lots of lose rocks and stones - and I guess we're just not used to it! 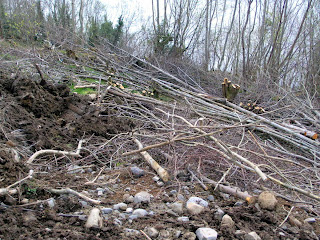 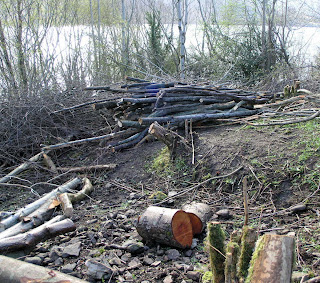 And at the end of it we produced this tiny log pile! 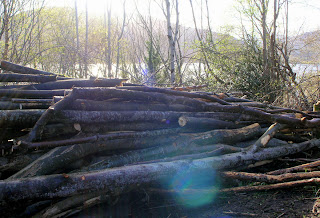 Look here it is an close up, it looks much bigger. There were tons of logs honest. It was such hard work. We can't walk upright any more and our arms ache 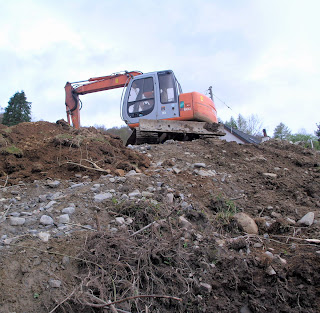 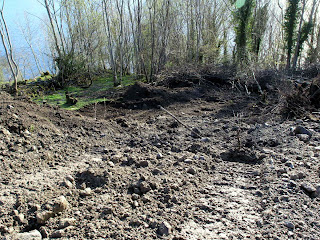 and cleared a way for puraflo - easy! 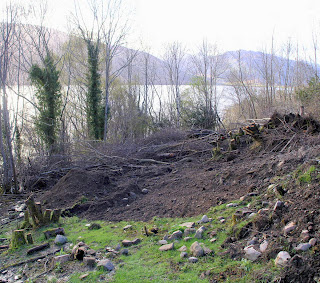 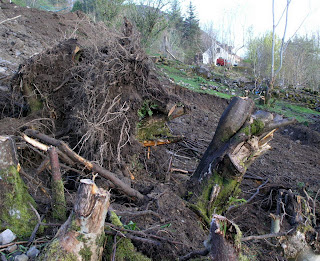 You've seen those paintings of the trenches in the first world war? It looks like a battle field doesn't it? 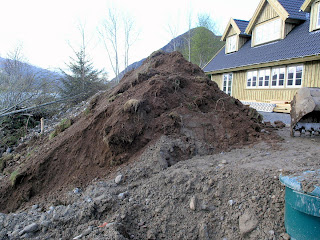 But on a positive note we have inherited some good top soil from Torr Cottage along the lane. They are having a road put in which has been good for us! Good timing thank you! 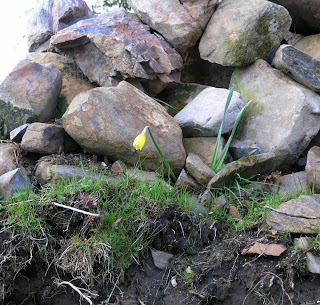 And this little chap. He was here before us and is not going to be put off by a ton of boulders being tipped on him - it's spring after all and this little daffodil has waited a year for this moment. The good thing is that everything seems to grow here, in spite of the sheep, and hopefully our garden, given time, will stop being frightened of us and begin to emerge again with some help and encouragement to its former green, and pleasant state!
Yesterday we went into Inverness and bought a staircase and eight doors! We also ordered tiles for the shower room and chose bath, sinks, shower and taps. Niels ordered some wood and bought a nail gun, but that wasn't so exciting, nail guns don't come in different colours.
Tomorrow Jo our daughter and friend Em are coming for a week to help. Robin our son arrives on Tuesday for a week also to help. It will be wonderful we can have breakfast in bed and put our feet up!
And finally we have been granted a reprieve and can now stay in the cottage until 23rd of this month, which is great. Then it's definitely in to the caravan!
Posted by annie hoff at 07:37