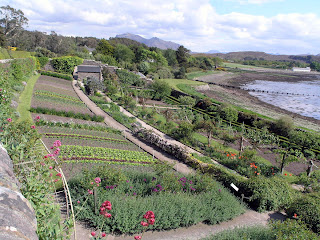 We went to Inverewe Garden at the weekend. It's a little over an hours journey from us nr Polewe on the west coast. If you are up this way it's well worth a visit. It benefits from the gulf stream and is situated in a beautiful position overlooking the sea. 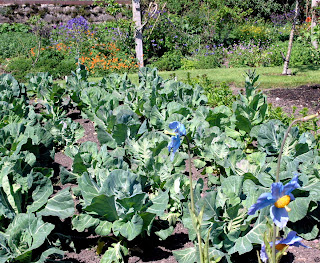 A pretty good vegetable plot too 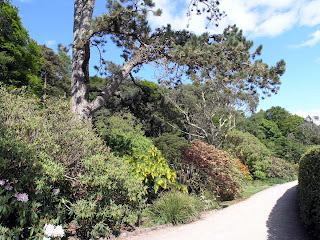 and all sorts of plants and trees 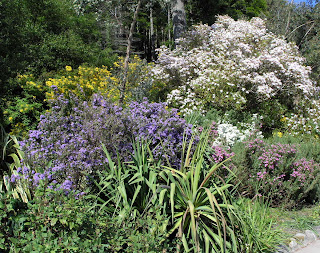 none of which I know the names of 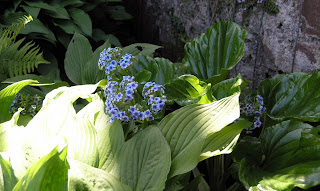 But I recognise these Hoster plants. I had a Hoster in a pot out side the back door once. Now I just have a pot. I give you two guesses as to who ate it! Although I haven't seen lamb chop this week - maybe she's just full up or maybe she's gone to have her baby. Perhaps she's found some one with a better loaf. 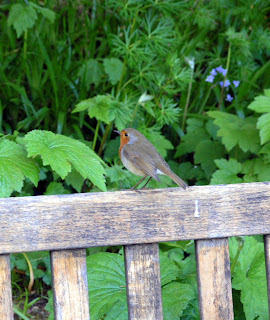 Sorry it's not a golden eagle - next time! 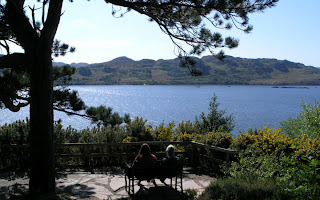 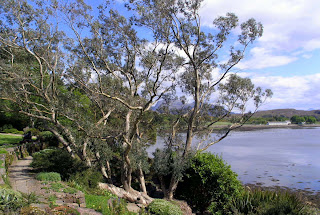 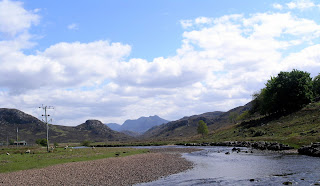 Niels' journey to the building warrant office proved fruitful. He said later they were very kind to him and helpful (they probably want him off their backs!) and by the end of next week we could have our building warrant. They need to know that the wood burning stove isn't going to exceed a certain temperature where it's fixed to the floor. Also the type of underlay used under the roof tiles. Once we have the warrant they come out to inspect the house to see we're obeying the rules.
We are moving this weekend and for a while we won't have an Internet connection. Fortunately Niels has his mobile with Internet access. The caravan will become his office which will be good as there is now a promise of some work coming in. On a positive note I saw a ladder leaning up against the telegraph pole outside our house. I'll assume that means we are getting a line put in. Good old BT. Whatever happens I'll be back as soon as I can. So keep watching this space!
Posted by annie hoff at 07:28