Things to do while waiting for the plumber 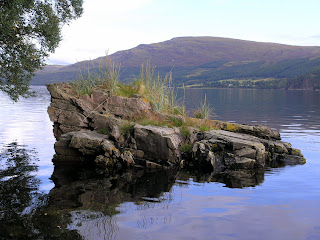 I love it down here at the bottom of the garden. When the tide is out I clamber up on this rock and sit. This morning the tide was right in and I could only glance over at my rocky ledge. There was just a hint of the first taste of Autumn in the air. One of those mornings that is crystal bright and still, the day not quite having made up its mind what to do. 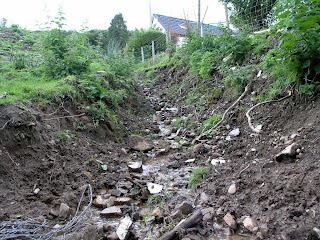 Like me! I know I ought to be doing something to the house, but at the moment it's difficult to know what, so I looked around outside. when the land was excavated the burn was diverted down alongside the garden 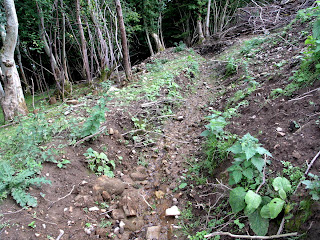 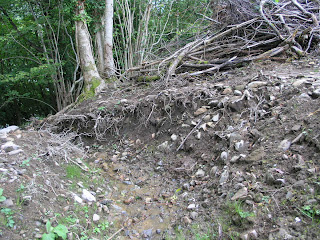 Don't wait for these pictures to get more interesting - they don't! But I wanted to record that I did actually make a start today at clearing the burn of all the debris and tree roots and mud that have been clogging it up for the last umpteen years. 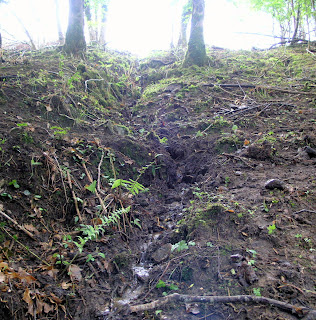 I was going to do a before and after picture, but it wasn't easy spotting the difference except afterwards I looked very muddy 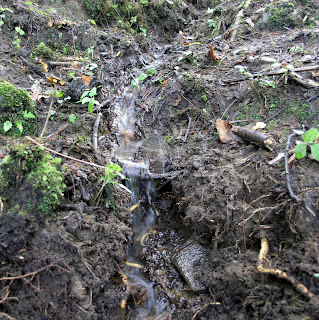 OK, it's not a raging torrent yet, but in the winter it will be, and it was satisfying having just a little bit of influence on this watercourse as it makes its way down the garden and into the loch And speaking of which I just went down for one more look. The water was so clear 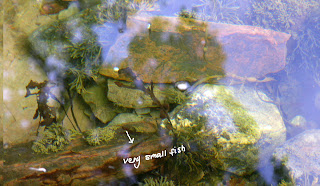 There were some fish, some small thin ones, and a crab scuttling along sideways, and all at the bottom of the garden, how lucky is that! 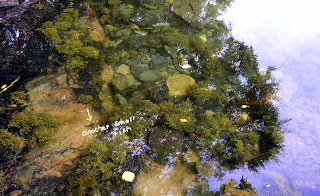 What's less lucky is Myles has gone walking for a couple of days! Maybe he's gone to work for the plumber? Maybe he's got a plastering job in John O Groats? To be fair he was always going to combine working for us with a bit of walking and camping. And this morning the weather was good so he needed to set off. I have hired a dry wall sander for next week and another job I can combine with clearing out burns is sanding down walls - it can't get better than that can it!
Posted by annie hoff at 13:25