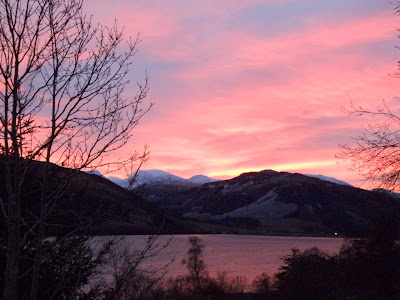 I can't tell you how good it was to wake up to this yesterday morning. As much as I love coming south to see family and friends and as much as Surrey is wonderfully convenient and leafy and pretty, after ten days I was beginning to feel just a little hemmed in. More houses being built, more roads, and just so many more road signs. Signs in front of signs, signs covering  signs - too many signs to take in whilst driving.

We spent a couple of days in London with Jo and her boyfriend and during one particularly busy Saturday afternoon playing sardines on London Underground and thinking it simply wasn't possible to pack another person into the carriage - and it was, 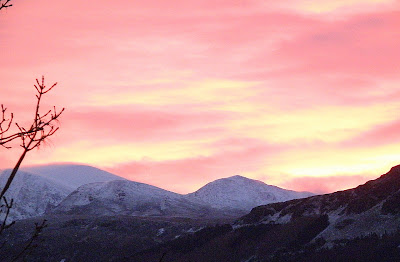 I thought of this and felt such a pang of longing. 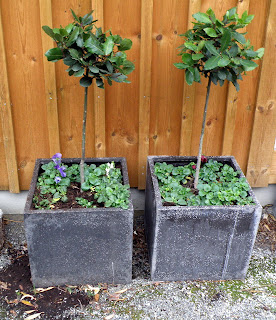 and found a creature had been digging up my pansies so lovingly planted in September. I thought of grey squirrels, but they haven't arrived here yet and then I thought of red squirrels - they released some earlier this year on the Dundonell Estate, 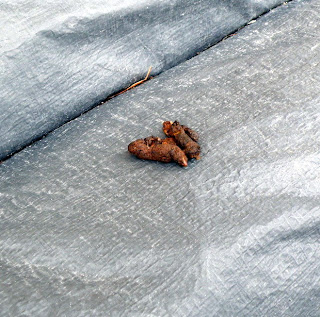 and then I saw this dropping tastefully displayed, in a prominent position on the caravan awning cover. Any one who has followed this blog in depth will know this isn't the first animal pooh I've featured here. 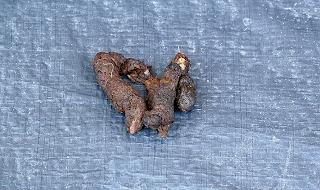 Here it is in close up. I'm supposed to pick it up and sniff it and then dissect it, but I don't need to inspect it closer to see that the contents of its last meal were my hyacinth and tulip bulbs! 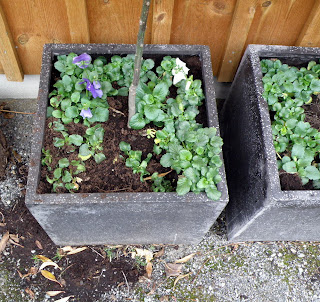 I'm pretty certain it's a pine marten that has been rearranging my spring bulbs. I thought they liked jam sandwiches? I don't really mind if he digs up my bulbs, it feels quite an honour to have one in the garden. They are rather elusive creatures. I noticed too that the bird feeder containing the niger seed is empty. I filled it only yesterday and it normally stays full for some days. This pine marten has an interesting diet!

What you mean you don't get views like that in Surrey or Manchester!!!

It was great that you were able to visit us. Pleased to hear you stopped overnight in Manchester especially with all the rain we have been having.

Looking forward to plenty more of your wonderful views with your photographs on the blog.

Hope all goes well with the floor laying.

Thanks Jackie - yes it's wonderful to be home again, though I always enjoy coming south to see family and friends. Thank you for the tea and biscuits. You're always welcome to 'pop in' and see us too!