Getting in the picture. 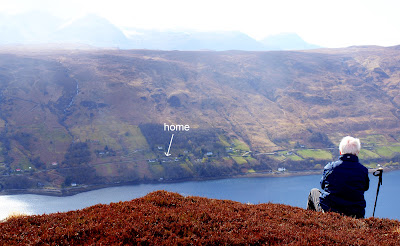 'Coheee - over here'
We have any number of excuses not to get on with all the jobs that need doing in and around the house and here is the latest one! 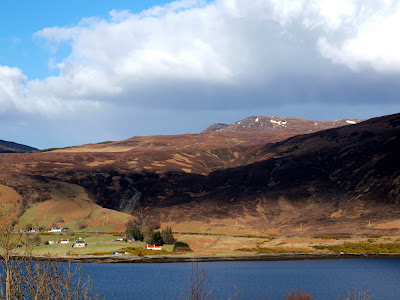 It's called 'getting up close and personal with the view out of the window'. I've always wanted to climb up the gorge over there. I see it every day in all weathers and colours and shades and what better time to down tools and explore than when the list of jobs is so long it goes twice round the moon and back! 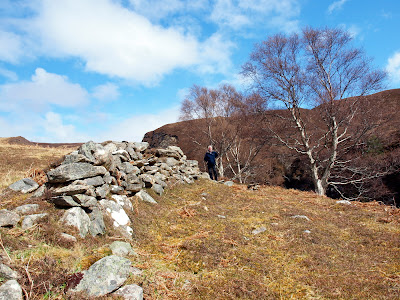 We climbed up alongside the old wall 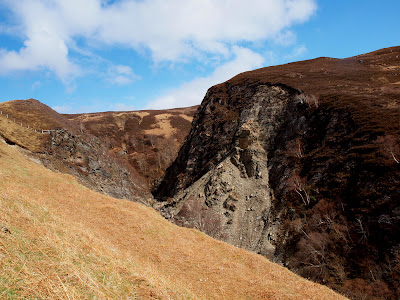 The gorge is huge. One can only wonder at the power of water and ice that caused such erosion deep into the mountain side. 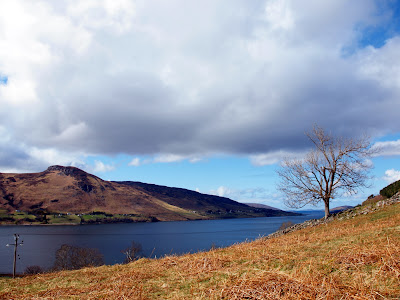 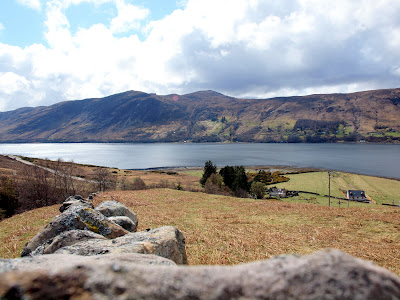 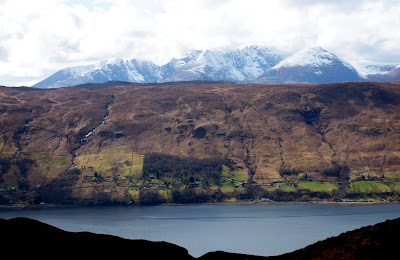 An Teallach towers above our hillside. That will be a brilliant climb hopefully later in the year when the snow has gone. 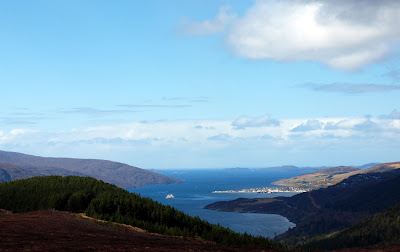 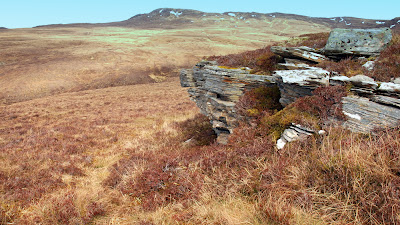 and while the views are rich and colourful, to reach them involves much trekking over large areas of peat and bog and heather. We didn't see another living soul apart from 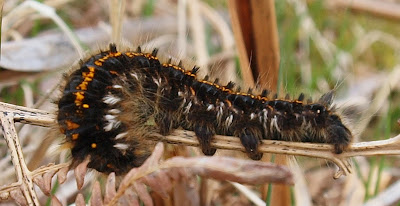 this little chap. I told him I'd met one of his relations over on Ullapool Hill earlier in the year. 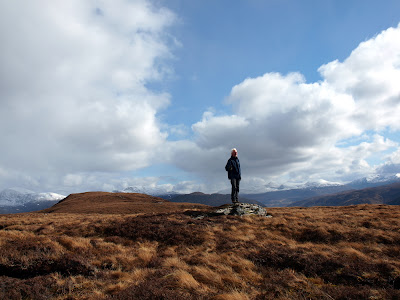 Made it!
Up on the top where it feels so free and the list of jobs seems so small. 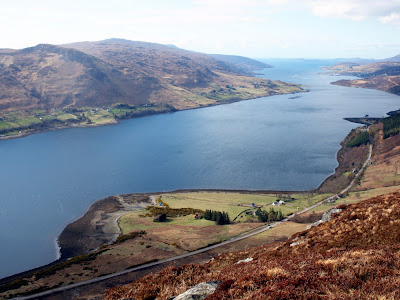 and the road looks tiny and so does our car parked in the lay-by. 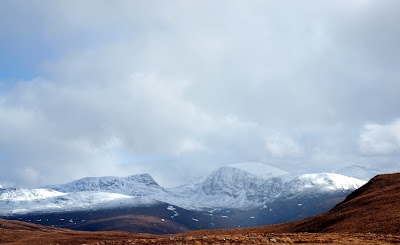 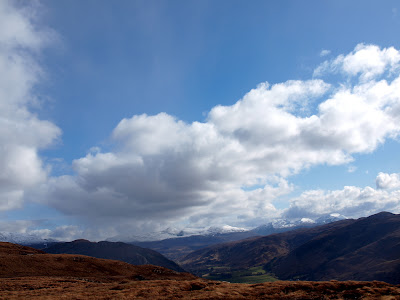 and Sgurr Mor in cloud 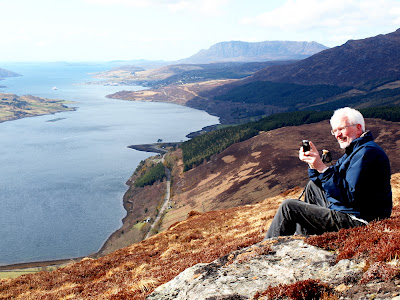 Phone home. What if someone should answer?  But I think it's just a photo opportunity. 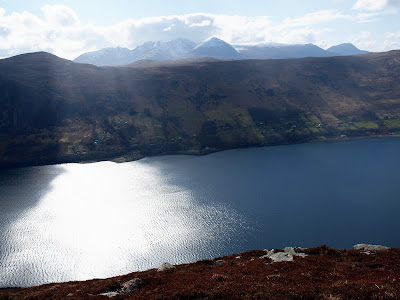 'Letters' in gaelic means hillside, aptly named I think. Our house is down there nestling on the slope. 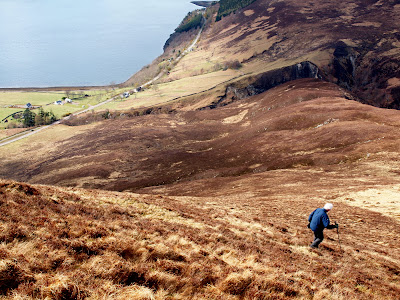 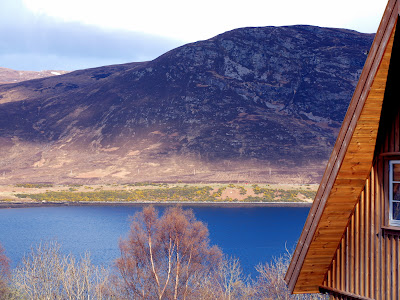 Up there - where the list seemed small.
I love being up in the hills it frees my mind and puts all things back into perspective - the list may be long again,  but somehow it's more manageable
Posted by annie hoff at 14:53

Wonderful views and photography.
I thought it was Spring but back to a cooler day today.
What about Dundonnell Gardens ? No photos ? :-)

Hello Ali! What a nice surprise. I need to work on my Dundonnell garden pictures - typically I had the camera on the wrong settings but I shall see what repair job I can do!

Beautiful! How fit you must be with all those hills to climb! My legs ached just looking at your lovely pictures....

Great photographs. I need to send Phil somewhere like that to get fit, the doctor said he needed more exercise and the fresh air will do him good as long as he is well covered!!!

what a spectacular view that you've shared with us ...