On the home front 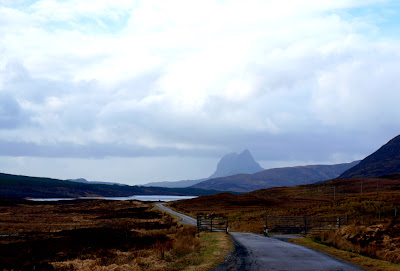 I can do this sort of thing all day long. Views, when not hidden by weather, are all over the place up here. I took this photo with Suilven in the background mainly to show the wonderful winding track that is  the main A837 running from Inveran on the east coast to Lochinver on the west. Much of it single track complete with cattle grids and passing places - and empty!
But I've been feeling a little guilty lately and think I should at least do the occasional view of the house! This blog started really to show the building of it. And while it's finished in as much as it's built, there is still an awful lot left to do on the inside, which is probably why I don't record very much of what's going on (because often it's not!) I want to show pictures of finished rooms. But I realise that may be some way off and besides I'm not sure I've ever lived in a house with 'finished' rooms! 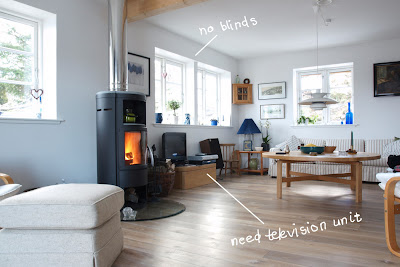 So here is the almost finished sitting room.
When I get despondent and think what a couple of slow coaches we are I look back to this and then I don't feel so bad! 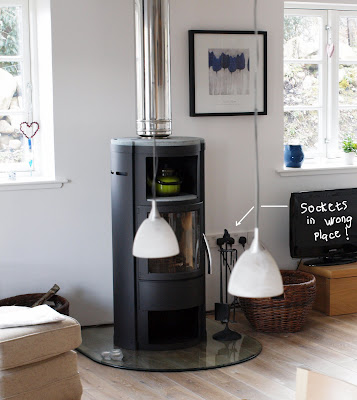 Ollie, our electrical son, says he can move the sockets out of view for us. They were never meant to be a feature! But it was very difficult when faced with the floor plans to know exactly where to put in sockets and switches, especially as at the time we had very little idea as to the layout of the rooms. I'm amazed we didn't make more mistakes. In the foreground my favourite little lights. 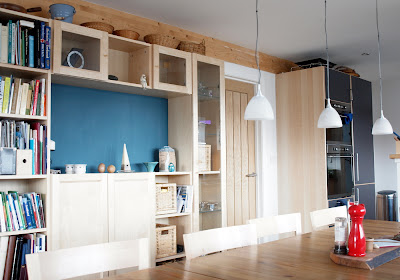 Four of them (yes,four - I don't know where it's gone!)  hang over the dinning room table 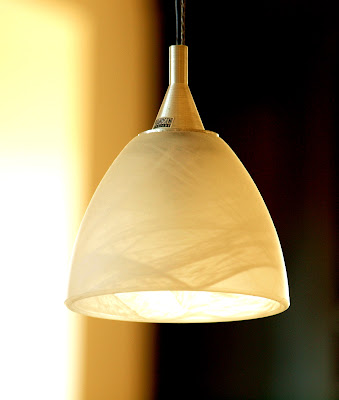 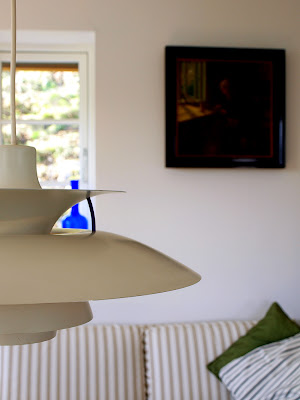 and this light too. I love it. A Louis Poulsen light. You can still get them. I bought this in Denmark in 1977. I'd never spent so much money on just an old lamp shade, but it gives a wonderful diffused light and looks as good today (I think) as it did then
But to return to the imperfections! 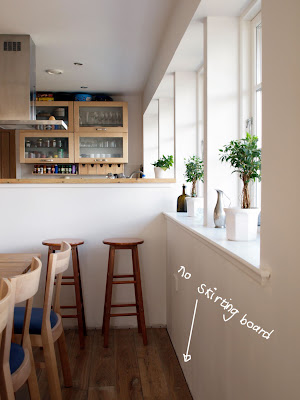 I was going to replace these two stools with something altogether more trendy but we bought them in a hurry when we first moved up here,  just to have something to sit on and somehow I'm attached to them! and they've become part of the furniture - I shall paint them white and keep them. 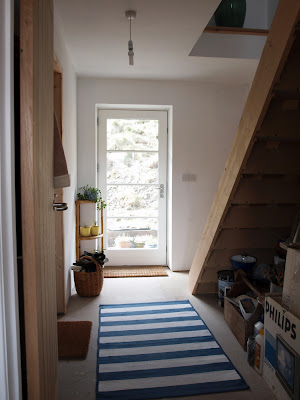 Now, brace yourselves! This is the hall and is untouched apart from a lick of paint. 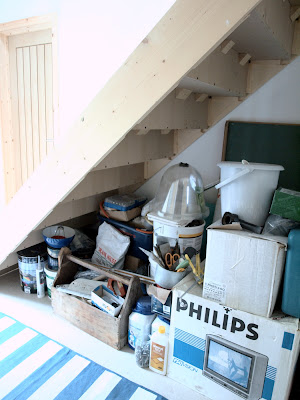 I've decided to show it warts and all! This is under the stairs. When we've built a cupboard it will be 'the cupboard under the stairs!' Because we haven't a garage (still to be built) we're very short of storage space. I'm showing all this really as an incentive to myself to get on with some decorating. 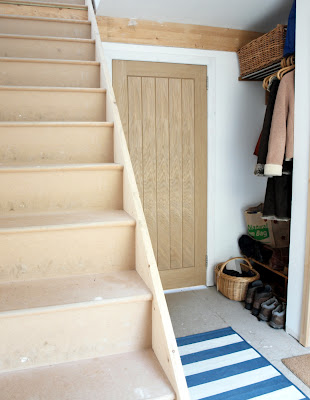 And the stairs. The famous stairs, still to be done. We have an idea of what we want, and when Niels finishes this last bit of computer sort of work he's doing (now where have I heard that before!) we shall turn our attention to finishing them. I remember the week the kids put them in, here. 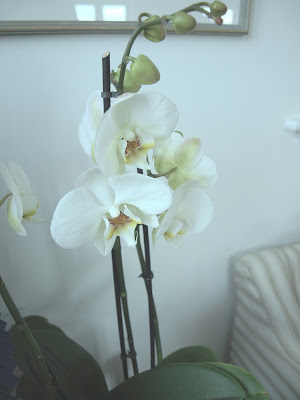 Even though the house isn't finished yet I do appreciate how lucky I am and enjoy it even in its unfinished state - only don't tell Niels that!
The house is a 'zero energy' house and I mean to elaborate more on this blog later. We do use energy it's true but have no fuel costs or radiators to run and are able to keep the house warm with just the wood burner which unless it's very cold in the winter we don't need to light until the evening.
And now I've alleviated some of my feelings of guilt by showing some pictures of the house I can make myself feel guilty again 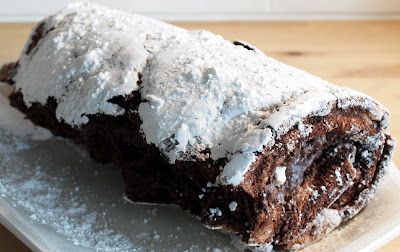 We're off to a tea party. Our friend Edith has been away having some treatment on her eyes but is back on the lochside for a few days and because so many people wish to see her, some friends along the lane are holding a get together for her and I've made a squidgy chocolate cake. And in spite of my diet I shall have to eat a piece just to see it tastes ok.
I hope you're having a Chocolaty Easter.
Posted by annie hoff at 15:42

Hi Ann, the place looks great so does the cake. Have a great time, Jackie.

What a lovely home to be working on. The chocolate cake looks delicious. Blessings to you this Resurrection Sunday. I enjoy coming here so much.

I love the captions and your honest views. Wish we lived in a zero energy house. It just pours out of here. Have a Happy Easter. I think it might be sunny tomorrow.

Happy Easter to you and the family! The house looks fantastic. It's great to have a look around and see what's going on (nosey me!). Your photos are stunning, I particularly liked the Tulip on the last blog. Do you still have snow? It just wet everywhere here.

great pics, glad you are warm and dry. the links to previous pics are a great idea! Been up and down to Ullapool several times already this year, still can't spot you from the main road! Angela