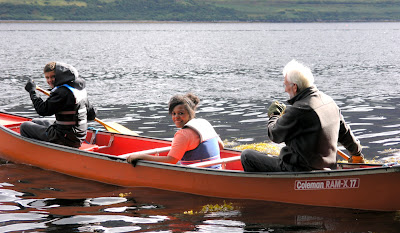 I didn't mean to be gone for so long! We have had an invasion of family with off spring and their foster children visiting. I find it impossible to combine visitors with blogging. Any spare time is taken up meal planning, shopping and rushing around attempting to tidy up between getting up and going to bed! Now, however there is a lull for a couple of days before the next visitor. But, I miss my blog so instead of changing sheets  washing towels and cleaning bathrooms I'm blogging!
Niels took a small but keen party of paddlers into Ullapool by canoe. They set off from the end of the garden with masses of energy and enthusiasm 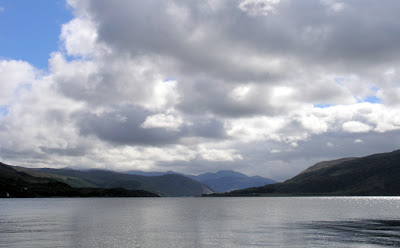 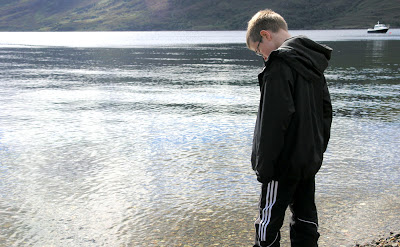 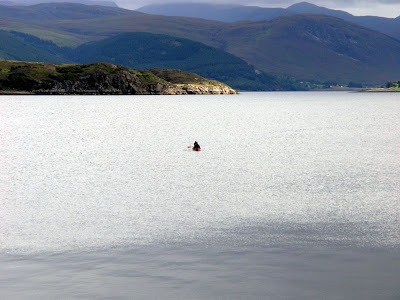 and eventually the dot on the horizon 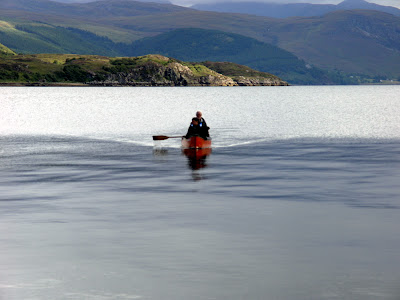 grew into a canoe 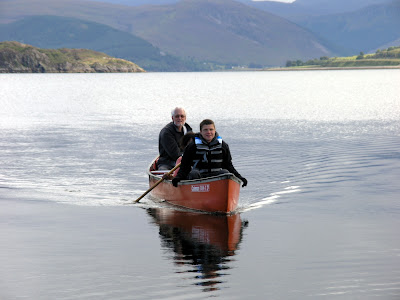 I think the expression is 'Knackered!' They were worn out. Mutiny broke out on board and the two youngest crew members jumped ship! It had been a long tiring journey with the wind and tide against them
Later on Niels and I paddled the canoe back to Letters, all part of the holiday service! 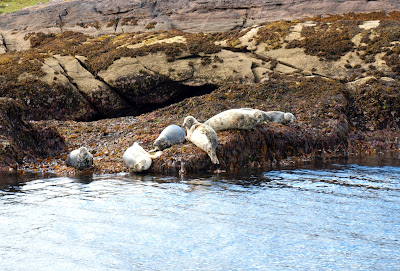 These seals seen here basking in the late summer sunshine were viewed from the deck of an all together
easier boat trip the family did on the "The Summer Queen"  We were treated to glimpses of porpoises  kittiwakes, gannets, shags black-throated divers (I think) and skuas.  My camera failed to capture photos of them but it was a fantastic display of some of the rich wildlife to found in and around these waters. 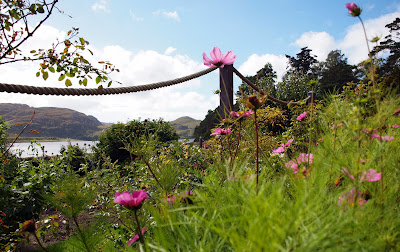 We soaked up some welcome sunshine at Inverewe Garden 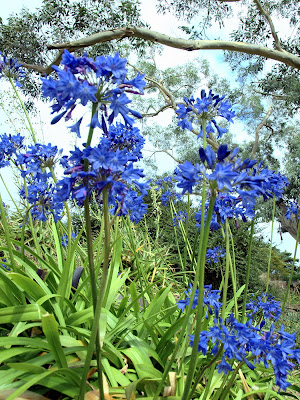 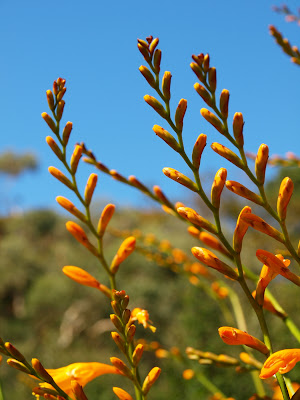 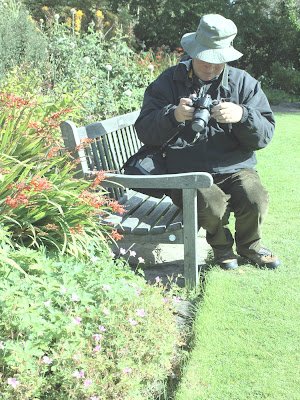 and the older more confused relations among us tried to work out how their cameras worked!
My brother says he never reads my blog - let's hope that's true!
Posted by annie hoff at 17:01

love Inverewe - particularly the veg garden. Just got back from Ullapool but didn't take that road this time. Missed out on lunch at Maggie's too!

Did some bird watching but still not seen an eagle.
Angele

Hello Angele! I love Inverewe Gardens too. Have just seem my very first white tailed eagle. Yesterday on boat trip around the Summer Isles. It was fantastic and huge and I was so excited, my photo of it is out of focus - but I shall post it on my blog shortly.

Just seen you pics of eagle - what a wonderful sight. Everytime we come we hope to see one but not been lucky yet.