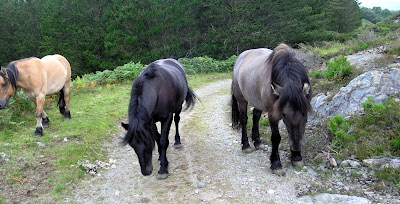 We were out on the Letterewe Estate last weekend, where we met some very friendly ponies. They ambled round on the track and came over to say hello. 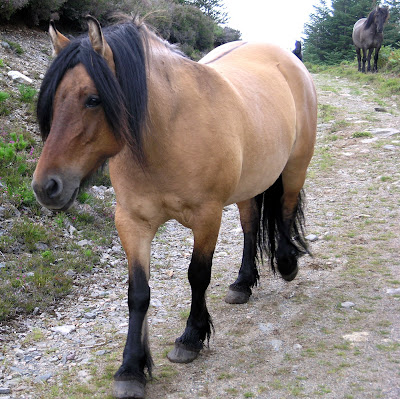 They're much bigger in close up! 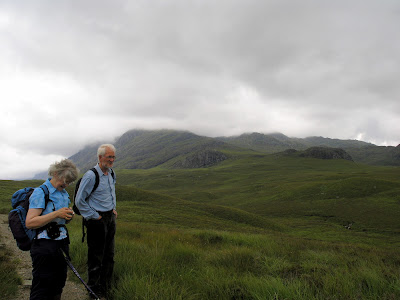 Mary and me are taking part in the 'Great Wilderness Challenge' next weekend.
The GWC is a walk, or for the very energetic a run, that takes place to raise money for charity. We have opted to walk the thirteen mile route from Aultbea to Poolewe. Last Saturday we had a practice run and together with Niels walked the thirteen mile circular route starting and ending in Poolewe. We could have run twenty five miles from Dundonnell, but didn't want to show off! 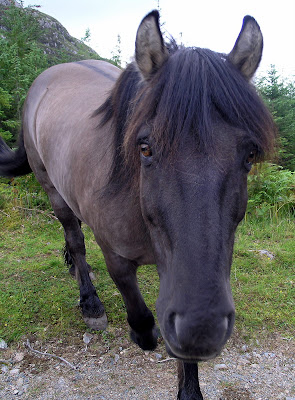 It was here we met the ponies.
They seemed convinced we were some sort of mobile snack bar and when Mary rustled a bag containing her camera it was all she could do to prevent it disappearing inside one inquisitive mouth. 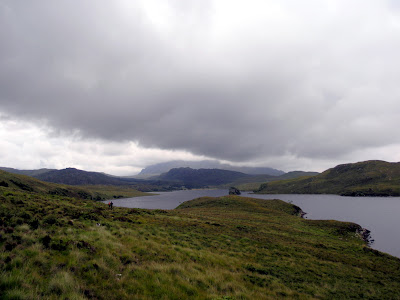 Despite the ever present low cloud which at times looked as if the sky was falling down it remained dry. 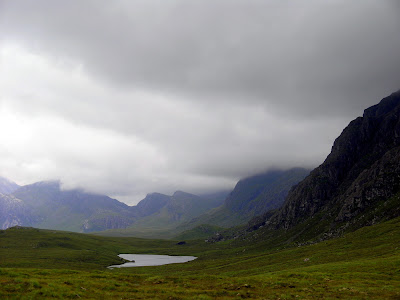 We agreed this was where we really wanted to go. It looked so amazing and so empty 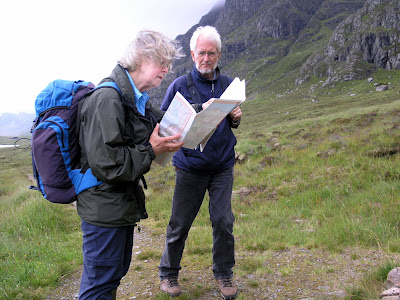 but the map said turn right 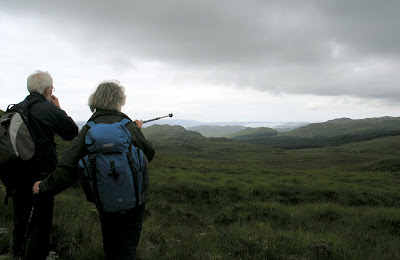 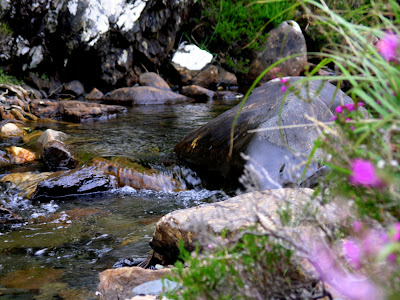 There were streams and waterfalls 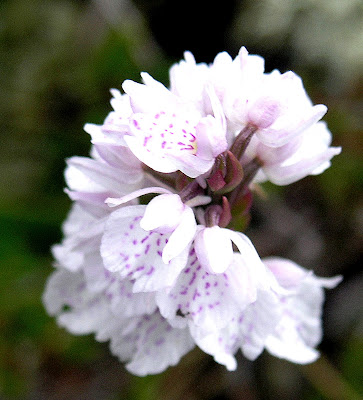 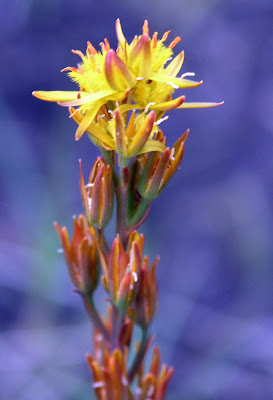 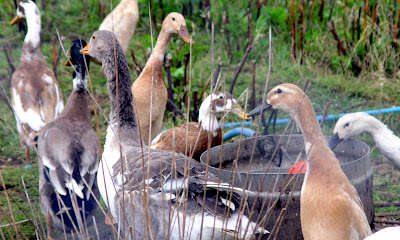 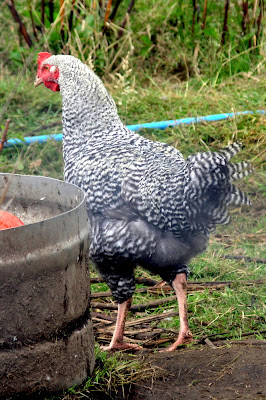 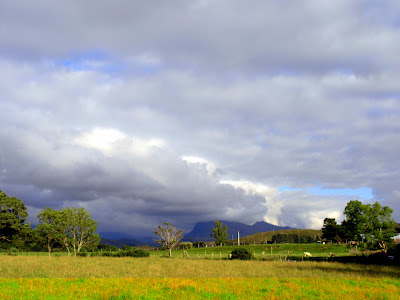 We completed the walk and didn't feel exhausted, just that good feeling that we'd done it and could now stop and take our boots off!  We felt confident we can walk thirteen miles next weekend.
As we were  getting into the car to drive home
the thick cloud began to break up and the overcast skies took on a blue tinge.Colour returned to the surrounding landscape. The heaviness lifted.
Posted by annie hoff at 08:49

Once again I marvel at the area where you live ... such beauty.