In my hour of need 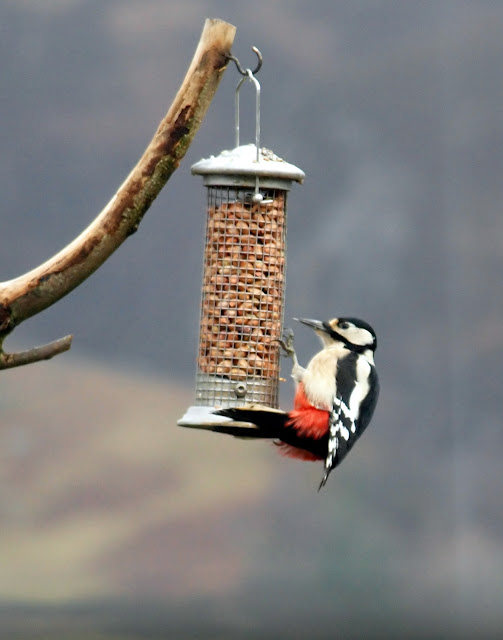 She showed up! She often doesn't, and her flight path is clumsy as she aims for the feeder, it's a dash in from the nearest branch and sometimes she doesn't quite make it and flies off - nut less! But today in order to take part in the RSPB's  Big Garden Birdwatch this great spotted woodpecker  made a special effort and turned up on time and earned herself a tick on my list. 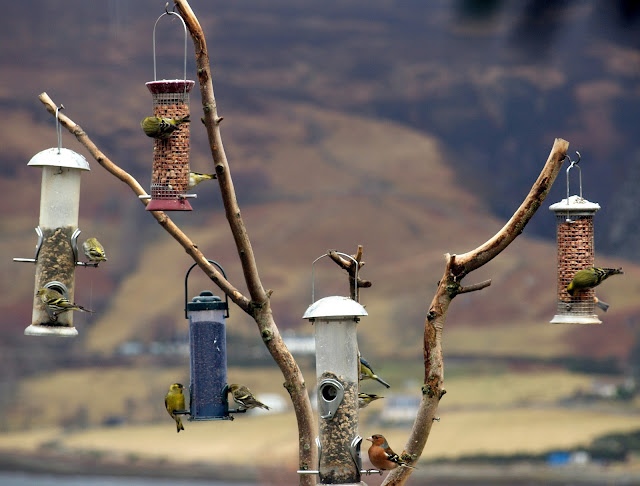 Lots of these turned up too. Siskins and chaffinches arrive in large groups and feed both on the feeders and the ground making it difficult to count them - and they won't stay still! 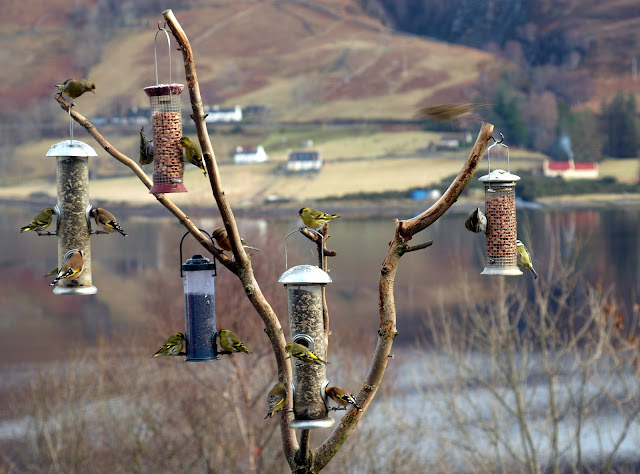 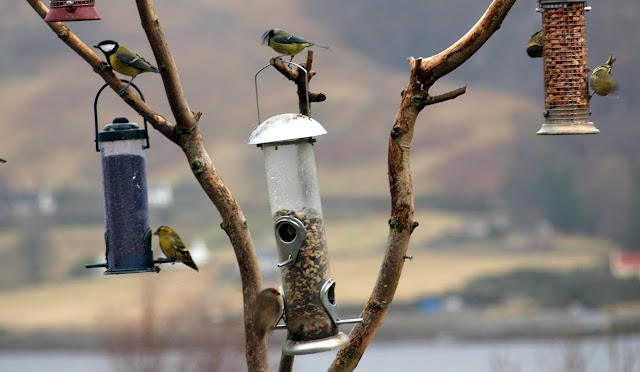 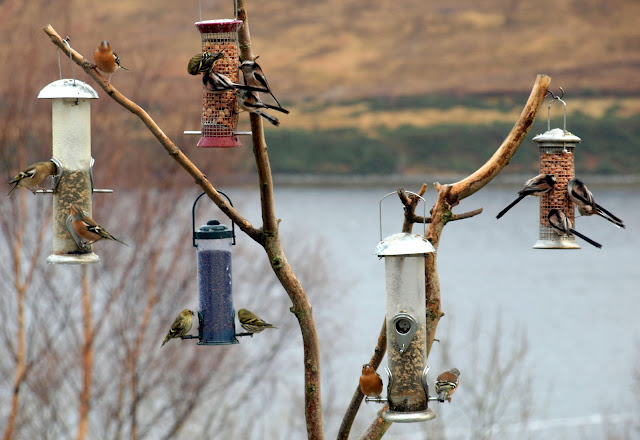 Sadly the long tailed tits missed the deadline and won't get a tick. They were here earlier. They  always arrive in a social gathering flitting about  and talking at top speed.  Garrulous, I think, the word is 'full of trivial conversation!' 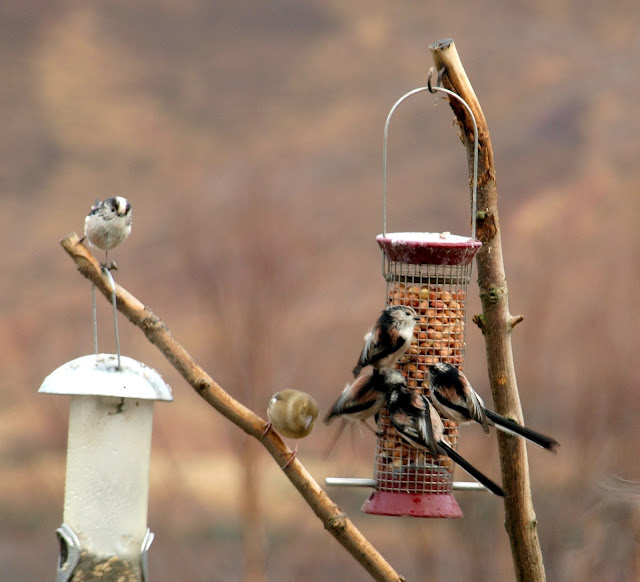 But they are so very  pretty and very dainty 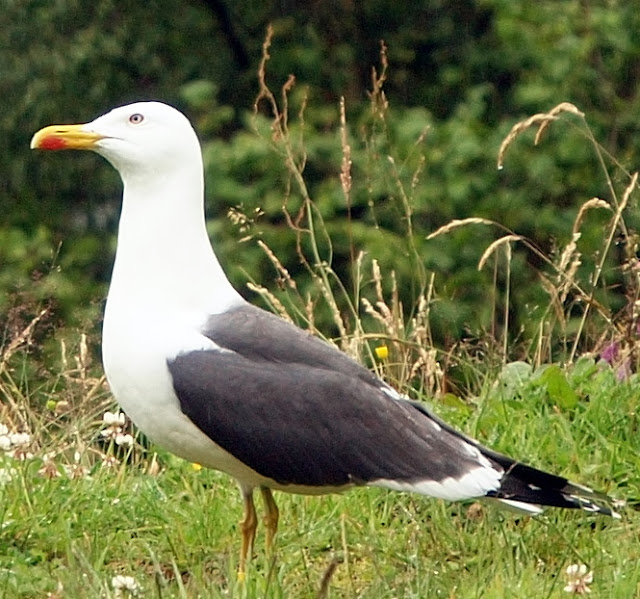 And talking of dainty! This chap only drops by if he can spot a nice bit of granary loaf from Costcutters on the  lawn grass.  Niels says he quite likes granary bread too but he never gets any. Today this lesser black-backed gull also stayed away and the blackbirds thrushes dunnocks and the little wren didn't make the deadline either. Still, what a pleasure just to sit by the window with a cup of tea counting birds in an official capacity!

Like an I-Spy book. You have them all. Incredible colours on your feeders. I didn't have time to join in this year but noticed a fantastic amount of activity round our feeders. It was as if they knew they had to put on a good show. Even the sparrows were numerous and there was thrush which is a joy. The greater spotted woodpecker is a recent visitor as are the flocks of parakeets. I saw green, gold and chaf- finches, blue and great tits but no long tailed ones today. We have goldcrests in the cedar at the front but they are hard to spot.

Your feeders must have the most beautiful backdrop of any in this year's RSPB birdwatch! Fabulous photographs too.

What a delightful array of birds ... many I've never seen.

Our GS Woodpecker turned up for the Birdwatch too. I love your bird feeder set-up. What a selection of birds you have!