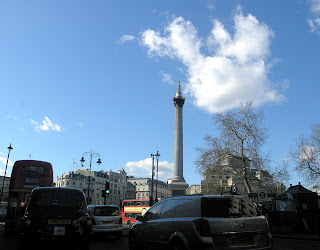 I love London. We drove down a week ago to stay with Jo and her boyfriend Aly for a few days. They live, very conveniently, near the Barbican Centre at the back of St Paul's Cathedral. A two minute walk from Aldgate station. We picked Robin up in Manchester on the way. I think it poured with rain all the way from Inverness to High Wycombe. 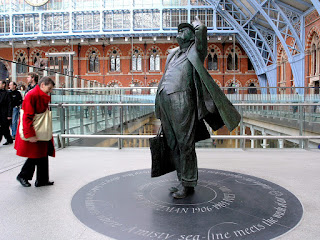 On Saturday morning we did the tourist thing. First St Pancras station. John Betjeman marvelling at the roof structures. 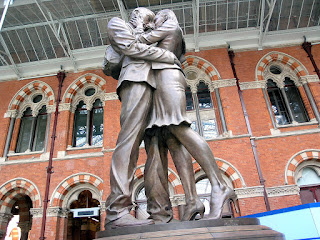 This is wonderful. I think it's called 'The Meeting' The couple under the clock at the station. It's huge. 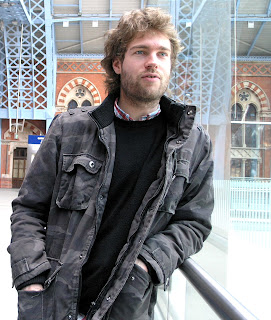 We looked at the champagne bar, and decided when we're all very wealthy we'll come back and have champagne before leaving on the Eurostar for lunch in Paris.
We managed to cram in lots in a very short time, including the Tate Modern. We studied the enormous crack in the floor in the turbine hall and managed to stop the children falling in to it. Health and safety dictates that signs be placed warning people of the risk of falling. Are we really so silly? It's a vast floor area with a crack running down the middle, not very wide. Can people not just step over it? 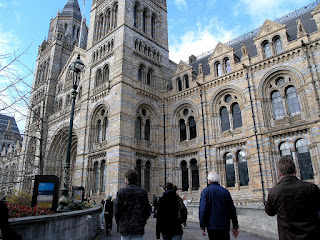 What dangers lurk at the Natural History Museum I wonder? 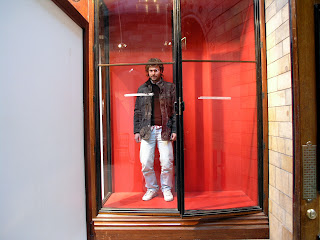 Well - this looks pretty scary. It reminds me of someone. Best move on, I've noticed the door is slightly ajar 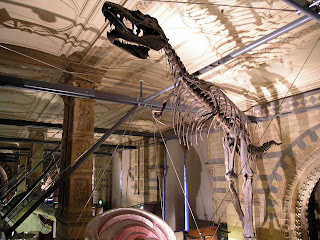 When I was a little girl (just after dinosaurs became extinct) I used to come here with my dad. 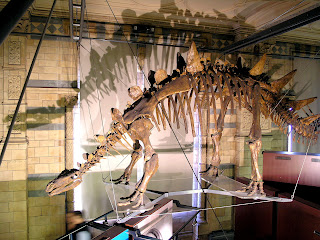 I think they have much better living conditions now than they did then. I don't remember them being so well displayed. It's all so much more exciting and less dusty. Like the rest of London I suppose. 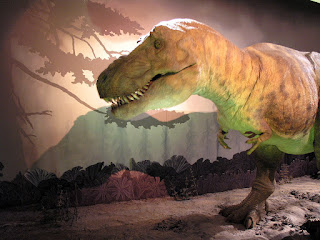 What a ridiculous design. Tyrannosaurus. Those silly little arms. It
couldn't possibly manage to floss its teeth using those. No wonder it became extinct 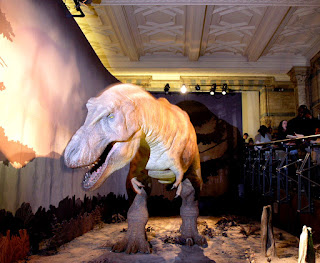 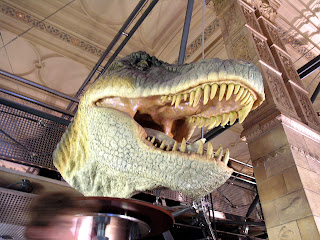 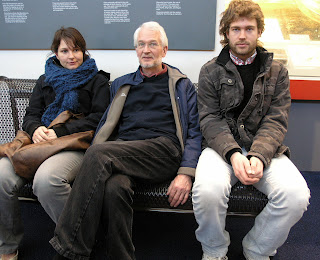 Too much information can be tiring. After the first hour (perhaps 10 minutes) we started looking for somewhere to sit. Lots of other people were doing the same, so once we found a bench we were very loath to give it up! 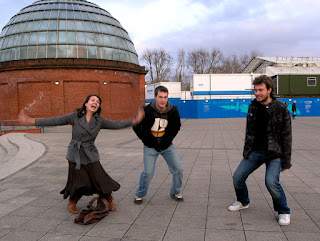 I don't really do Mothers Day, but on the Sunday we went for lunch at the Trafalgar pub in Greenwich. Ollie came from Woking to meet us (the child in the middle) and Aly and his mother joined us. It was great fun. But who said getting around London was easy! Most of the underground seemed to be closed for repairs and the bus we wanted was always going the other way - why is that? We resorted to running (mainly) and for the final mile I fell into a taxi. This was my special day remember! The children said it was their treat - I think that means they're going to owe us! The best thing was just having their company. I won't embarrass them, but like all parents, we have the greatest kids. I asked when I took the photo if they could just look normal, as if they were having a good time. I should have known better. 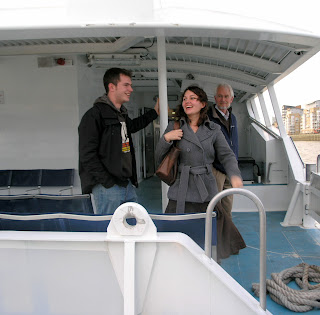 Coming back we caught the river taxi to Tower Bridge. 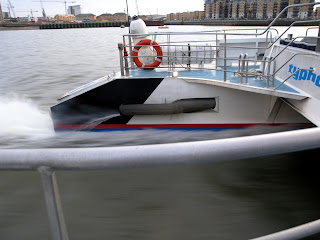 It flew through the water 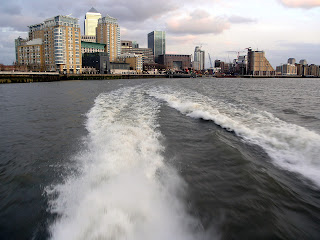 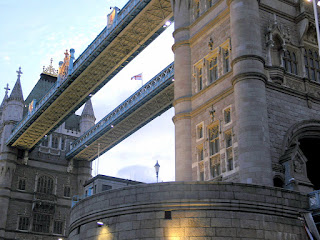 We shot under Tower bridge 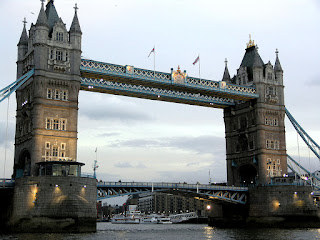 It was a great few days. We couldn't see everyone. We saw family including my Aunt and Uncle in Harrow and managed an evening in Brookwood (the original Brookwood) with close friends. It was all quite wonderful and I do miss everyone very much. But although I love the busy-ness and bustle of city life with its choice and variety, it was equally wonderful to come home and leave the traffic and chaos behind. Now it's back to chopping trees and making ready for the builders who arrive on the 12th March closely followed by the house!
Posted by annie hoff at 06:55

Email ThisBlogThis!Share to TwitterShare to FacebookShare to Pinterest
Labels: Museums, Stations, The Thames The Tate Modern

Great to see photographs of Robin, Jo and Olly. I love London as well but the traffic and all the thousands of people have made it less pleasant Ann, nice to get back here in God's waiting room ;-).

Lovely to see the pictures of Robin, Jo and Olly.

I haven't seen any of them since they were kids in Brookwood, and Olly would have still been in nappies!

My abiding memory is Olly referring to ducks as "chicken boats". Priceless!