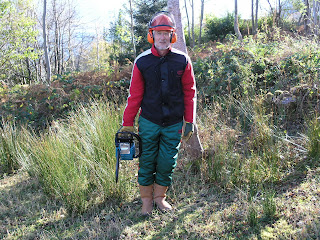 This is Niels in his safety gear. It's quite safe because once in it, it's impossible to move around let alone use a chain saw. Once decked out in helmet with attached ear muffs he couldn't hear a word I said (even less than usual!) I must watch out for early signs of Niels trying to wear the helmet indoors 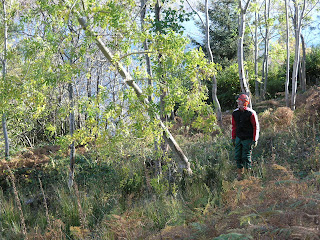 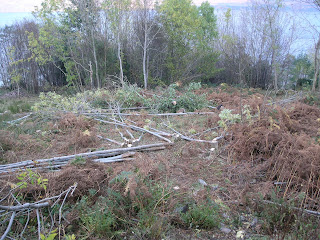 10 minutes later, the 'garden' looked as if some giants had been playing 'Pick up Sticks' 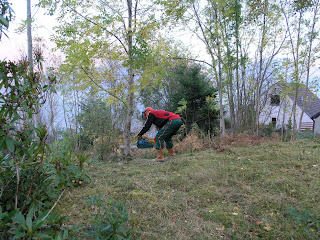 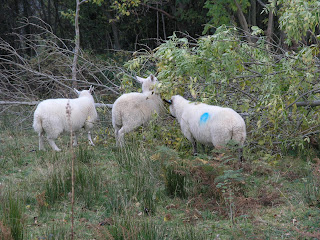 The sheep couldn't believe their good fortune. Usually they struggle to strip trees of their lower branches, then along comes a man looking like Bob the Builder and fills their plates to overflowing. Sheep are funny creatures, I always thought they spent their days contentedly munching grass, until the other day when I watched one jump up and stand on her (I like to think they're lady sheep) hind legs in an effort to get at next doors apple tree. Timid they may be but they perform some very agile jumps and manoeuvres in an attempt to vary their diet. 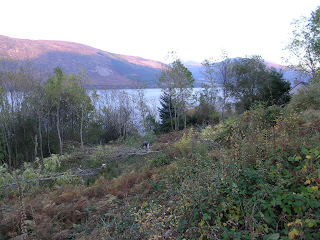 Me...looks like I need manual handling training too
Posted by annie hoff at 08:02 No comments: 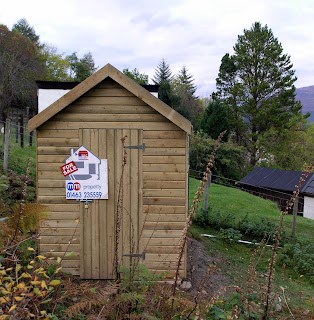 I did it as a joke but what if when we go over to the land later today there is a removal van parked out side?! 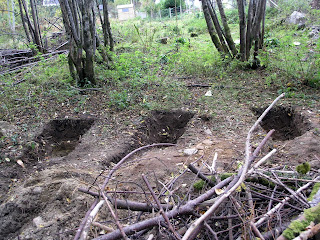 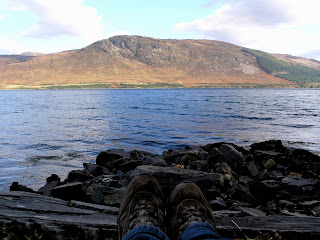 sit at the bottom of the garden....enjoy the view and 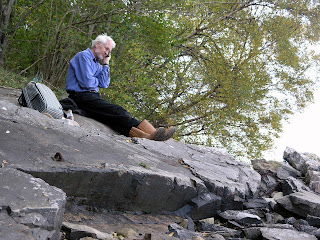 talk on the telephone for hours if necessary. Eventually go back and peer into the holes. Eventually go home and hope that by the the following day most if not all of the water will have drained away which it's meant to do in less than 7 hours - less than 100 secs per 1 mm drop or something like that 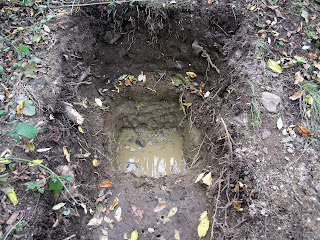 The following day..!
I can see why they line canal beds with clay. This means we may have to rethink our wastewater solution. We want to use Puraflo a system which has been recomended to us and approved by SEPA 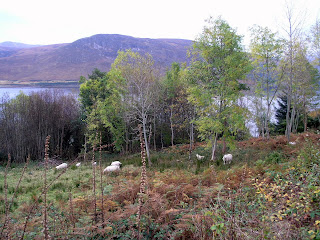 Meanwhile the sheep carry on happily percolating all over the garden!
Posted by annie hoff at 11:40 1 comment:

I did try and concentrate, and being company secretary I know that the book keeping comes under my jurisdiction, but I looked out of the window for just a moment and Niels was getting on so nicely filling in his excel spread sheets, and the thing is we (the business) have just acquired a new all in one singing and dancing printer, fax, scanner and photo copier and I felt as company secretary I should see if it worked ok. 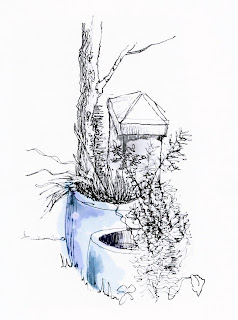 Last week on my shopping trip to Tesco in Dingwall (about 45 miles from here) I found some water colours and a water colour sketch book. Apart from one sketch book and an assortment of pens, my drawing stuff is packed in a container and in store in Guildford in Surrey - I wonder if I shall ever see it again? I drew the pots and scanned them into photoshop and had a little fiddle about and by happy coincidence I finished scanning and sorting as Niels finished accounting. Is that a good working relationship I wonder? I also wonder if the accountant will notice this month we've had rather more outgoings than incomings?
Posted by annie hoff at 09:30 No comments:

I wanted to write about the shed but it isn't so easy when writing a blog and wanting to sound both informative and interesting! We went to Dundonnell Timber 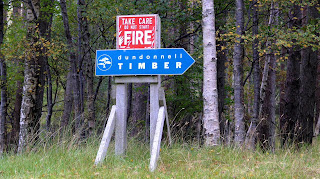 " Located on the vast and beautiful Dundonnell Estate. A narrow single track road off the A832 (centrally located between Ullapool and Gairloch) The road meanders 7 delightful miles west to Badrallach, over the 18th century hump back bridge and through a romantic little strath on the north side of Little Loch broom.
Passing by the Mansion House (1767) with its magnificent 19th century rubble walled garden and 20th century glass house and aviary the road winds along an avenue of beech and sweet chestnut above the river and continues through tranquil woodlands" 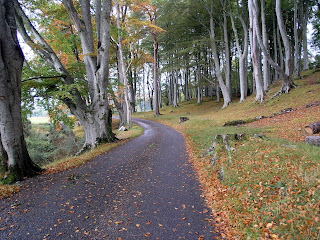 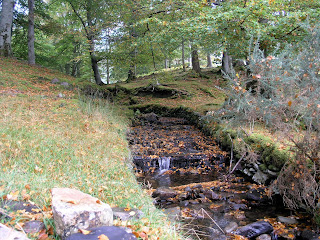 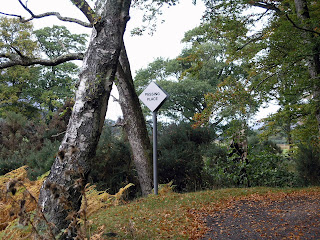 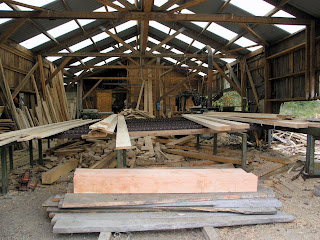 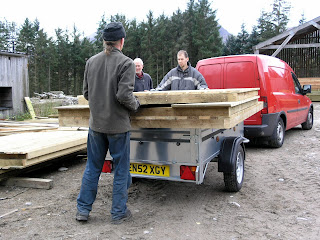 They were so kind and helped us load up the trailer with shed. It took two trips of 36 miles each, (they don't do deliveries) but we got a shed and a half 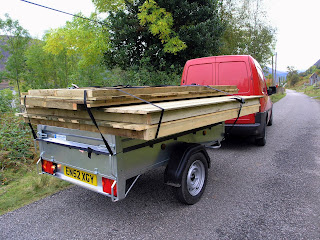 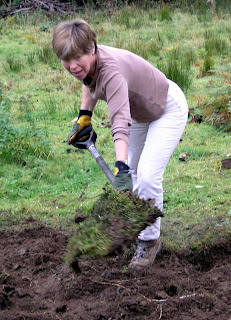 Down to work, well someone has to 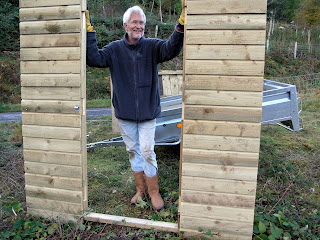 "Why don't you come up and see me sometime?" Some of us just messed about 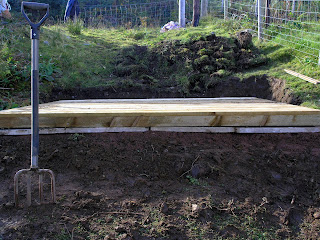 The base. We dug up some old boots and some bags of cement. Our garden has been used as a general dumping ground. I've found an off licence worth of empty whisky bottles! I suppose in isolated country areas without council rubbish tips nearby it was/is the norm ? 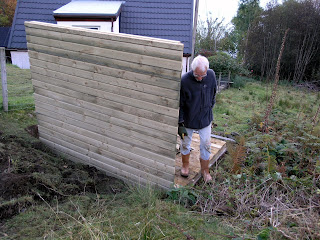 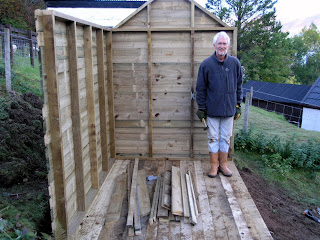 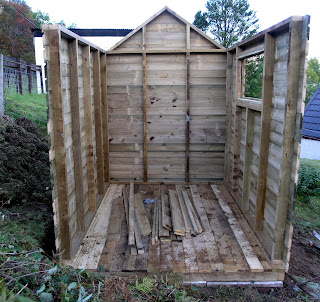 It looks easy, but it weighed a ton and was difficult lifting the sides into place 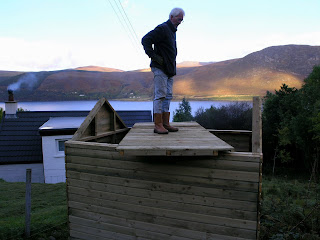 About here we realised ladders would have been helpful, but eventually with the help of a Murdo, a kind neighbour who came by on his tractor and shoved the roof into place almost single handedly we got it finished - apart from the roof felting. It felt hugely satisfying to have worked on our little bit of Letters and who knows if the house doesn't come along, the shed has lots of potential! 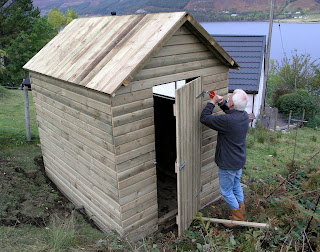 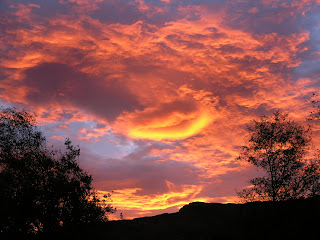 The sunrise this morning was simply amazing. The west coast of Scotland is noted for its sunsets but a sunrise such as this surely must be worth a mention? The colours were glorious and filled the sky 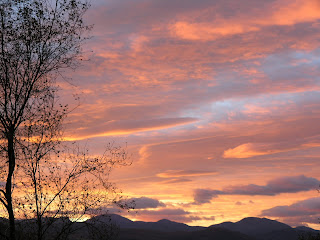 I ran out in my pjamas with the camera, the pictures here are without any digital tweaking I've posted them straight onto the computer. Just beautiful