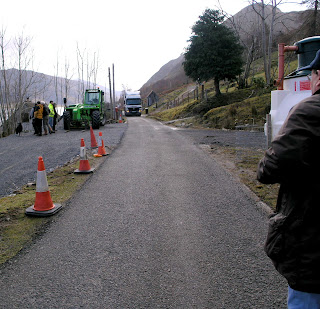 At this point I sort of feel sick with excitement! 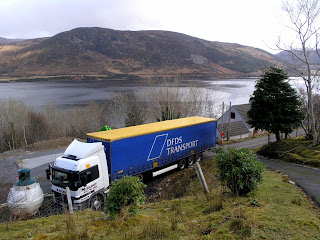 Our house has arrived safely from Denmark!
After an initial scare that we would have to close the road for 2 hours while the lorry was unloaded, (something we are not legally entitled to do) a bit of forward thinking by the scottish contingent prevented what would have been a nuisiance to one and all by removing a fence enabling the lorry to tuck itself in partly off the road allowing cars to manourve around it. 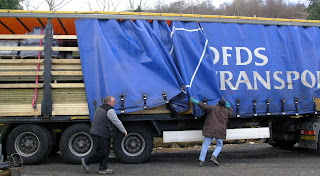 The curtain goes back, there is a hush! It's all there! The lorry driver was brilliant. He had no idea he was carrying a house and was happy to muck in with the unloading

Jock and Cole lend a hand. Cole wonders where the wet cement might be. 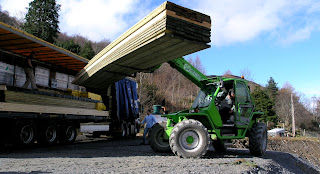 Even the sun shone 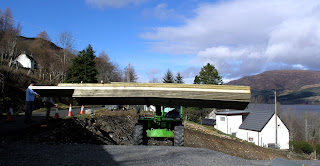 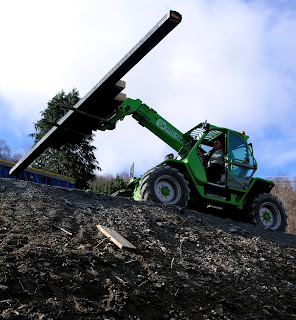 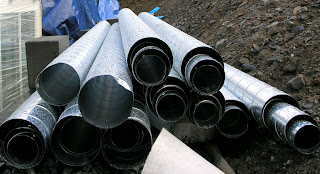 Pipes for the heat exchange system 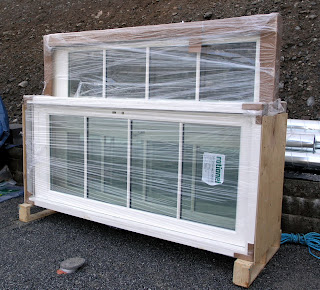 The doors arrive closely followed by the windows 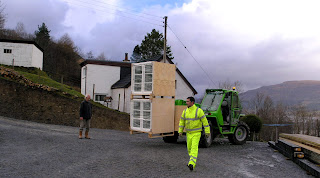 The old and the new. These are high tech. triple glazed windows with wooden frames using old fashioned metal glasps and latches that haven't changed design in a 100 years. They work efficiently and look good and I really like them. 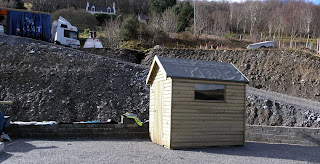 The shed is air lifted to its new place and the mice move out.. 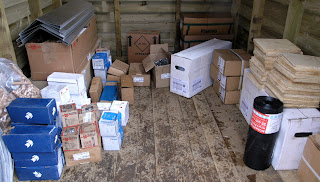 ..to be replaced by dozens of little packets and boxes and rolls. Don't they have to be checked and ticked off against the list of contents? - I hope it's all there 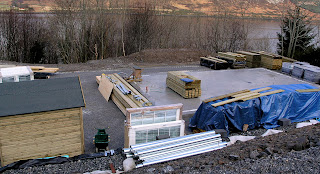 The end of Day one. The site is filling up with house. Then home to left over shepherds pie. Tomorrow fish pie, a variation on a theme! It has been an amazing and exciting day and quite overwhelming at times. We've waited a long time to get here and there's still a way to go, but we now have a house kit some foundations and a sceptic tank! If you click on the slide show in the top right hand corner you can view all the pictures of the house arriving!
Posted by annie hoff at 13:48