an anniversary of sorts 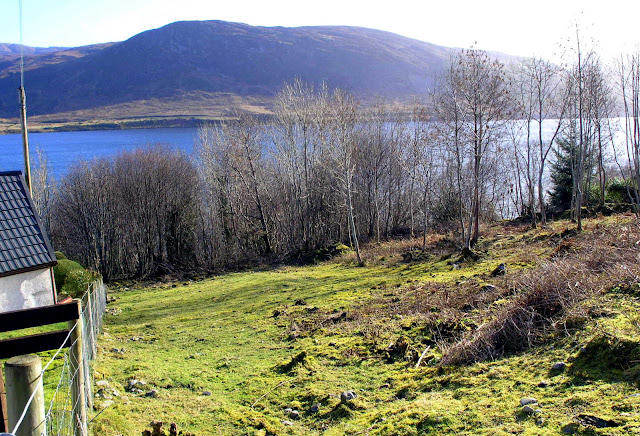 This was the piece of land we bought to build our house on. Five years ago, almost to the day, we came up with Robin to survey it 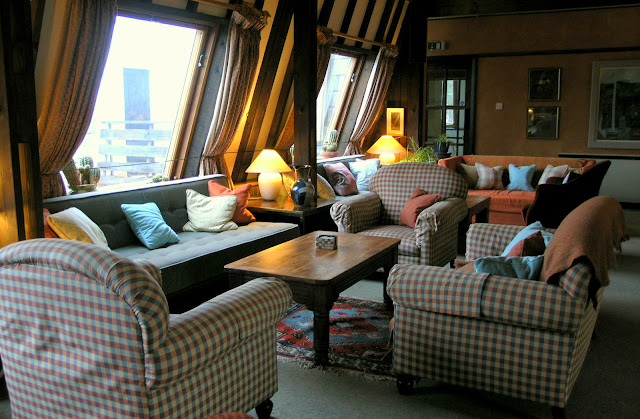 We stayed in The Ceilidh Place in Ullapool 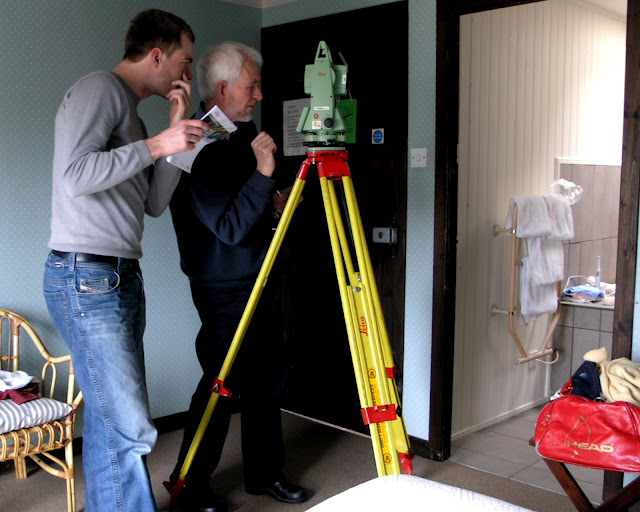 and practised in the hotel bedroom! Father, Son and the Total Station! I think we stood it on bits of cardboard so we didn't damage the carpet. 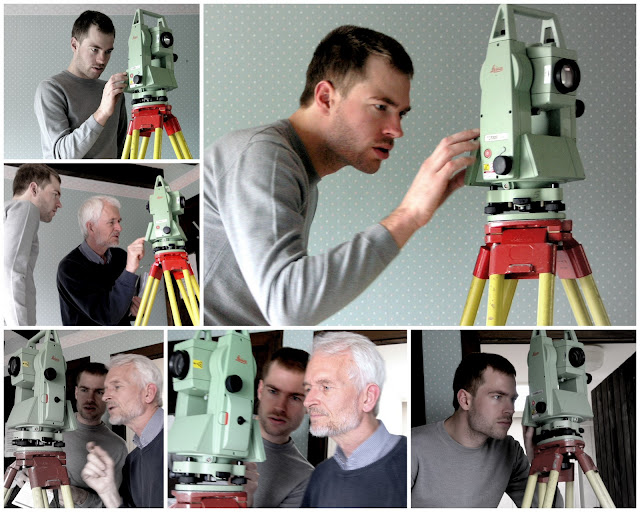 There was lots of  twiddling and tweaking 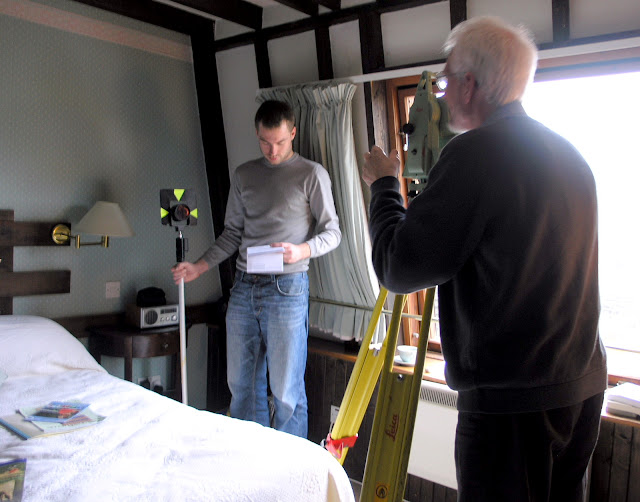 and standing about pretending to be a fixed point 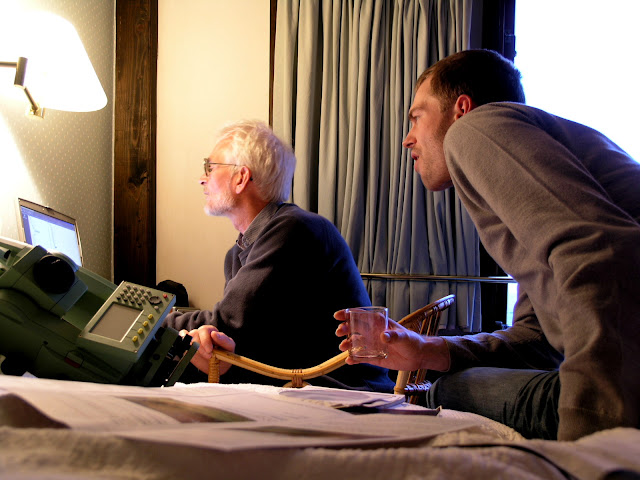 and analysing readings and numbers on the computer 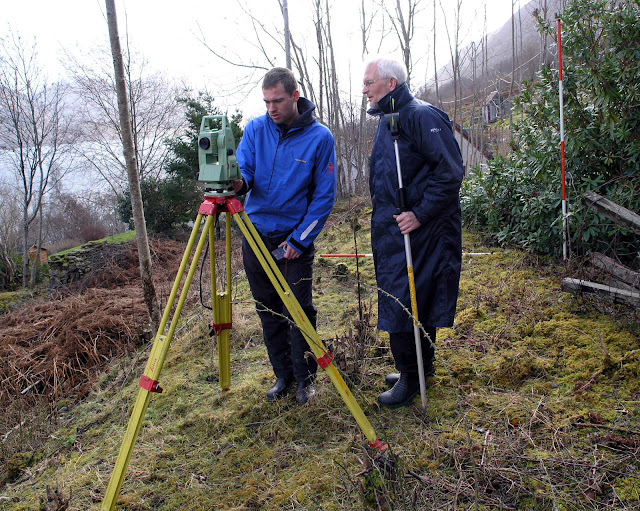 and finally getting to do it for real 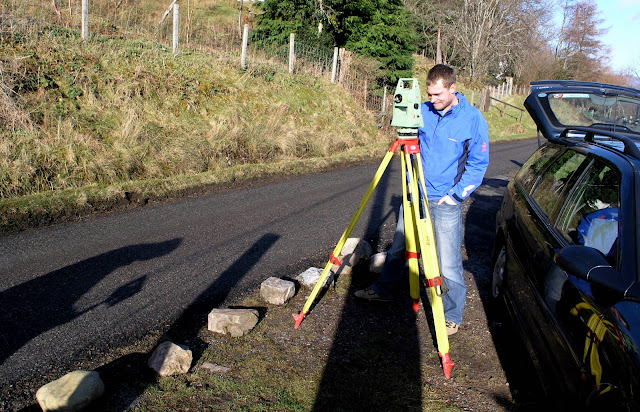 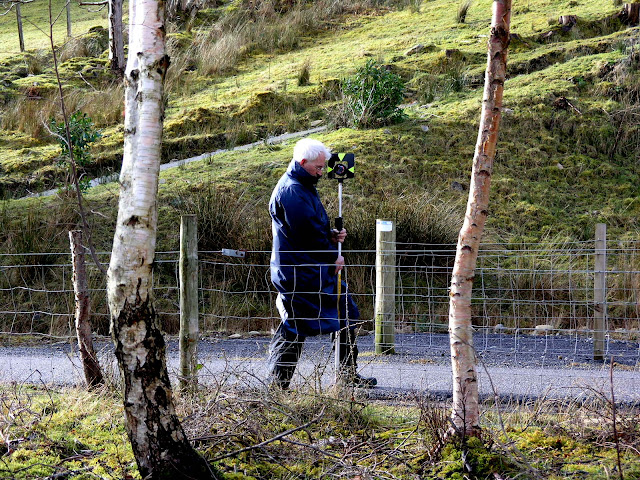 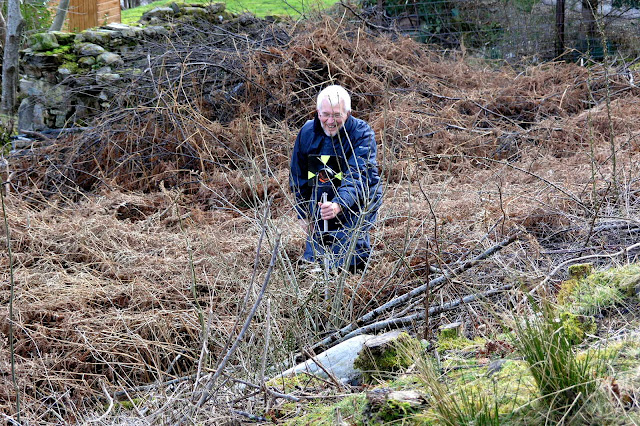 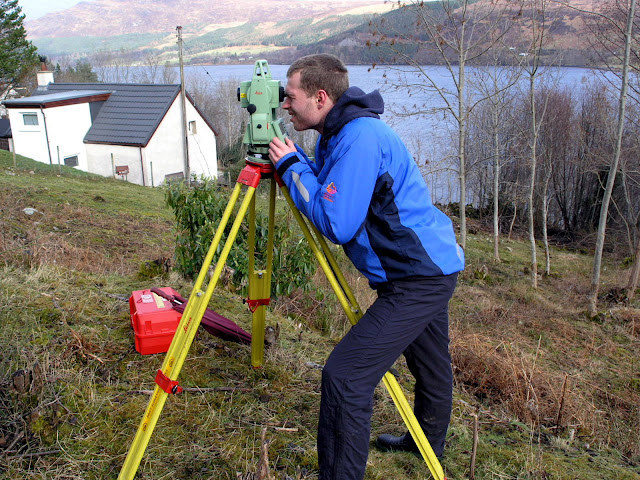 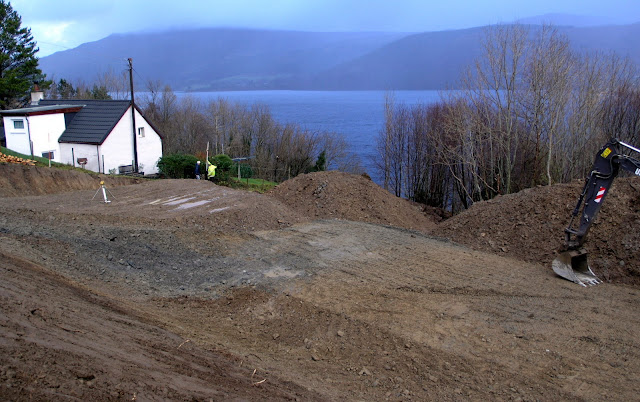 and nine months later all the fiddling and faffing and numbers and analysing and calculating paid off and the land was excavated using Hoffmann & Son calculations. With a structural and mechanical engineering background between them they were, more or less, confident they could get it right 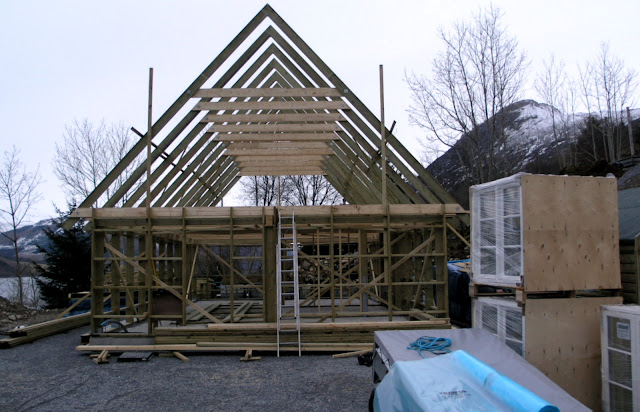 - fortunately they did!
The early part of this blog contains nothing but the house building, and should you wish to look back  there are masses of photos showing the ups and downs and highs and lows of which there were many! The highs today though are 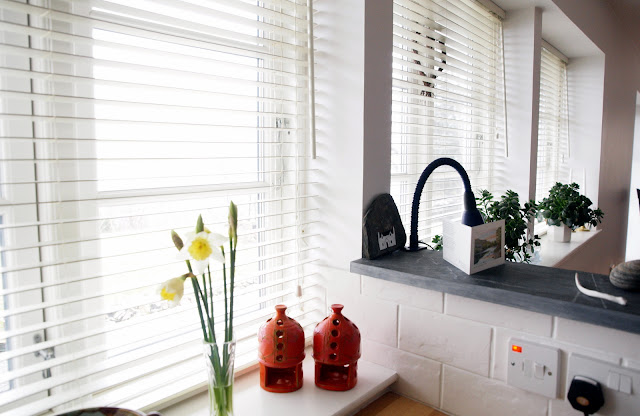 the finished blinds, painstakingly cut to size and slats removed by the husband and wife team who never argue or get cross with one another (if you believe that you'll believe anything!) 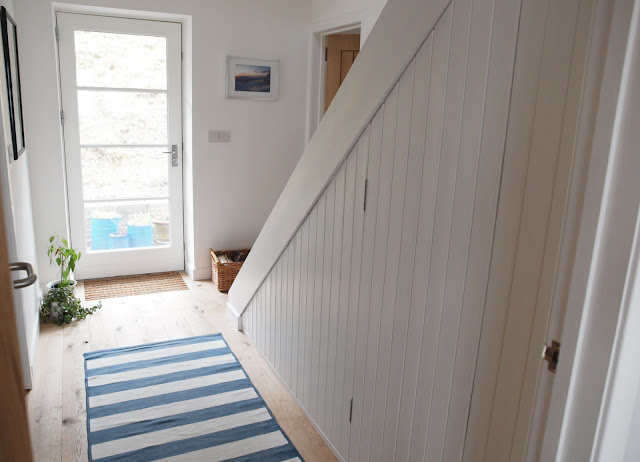 and the cupboard under the stairs (no, of course I'm not opening the door, I need to tidy it up first!) Niels put up the cladding and the chief painter and decorator  painted it.

... and worth every minute of effort!

Congrats on your sort of anniversary! What a long way you have come ..... we've been here just over five years and only recently finished the redecoration - and we didn't have to build the house first!!

Wasn't it all so worthwhile! You must feel proud to have achieved your dream.

What brave souls you were. Everyone we know who builds their own home has ended up divorced.
Your home sets in the most beautiful setting, maybe that's what saved you.

What a huge accomplishment! I don't know if you've been to Karen's blog (Beatrice Euphemie Vintage Cottage Style) but she and her husband built their house in the Pacific Northwest (bringing up small children while living in a caravan for several years) and they are still happily married!

Being able to build your own house must be such a profound expression of who you are - so satisfying once it's there in reality and not just your imagination.

everything looks so beautiful and well worth it. i don't know what the men are doing but they look happy doing it. :)

Even though I have not seen Robin for many years he does not look very different then when he worked with me for a very short period all those years ago Ann and these pictures are five years ago.