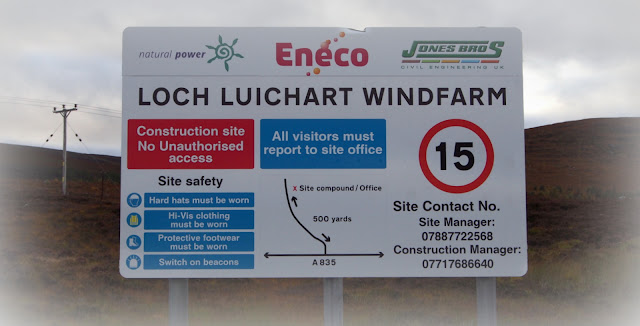 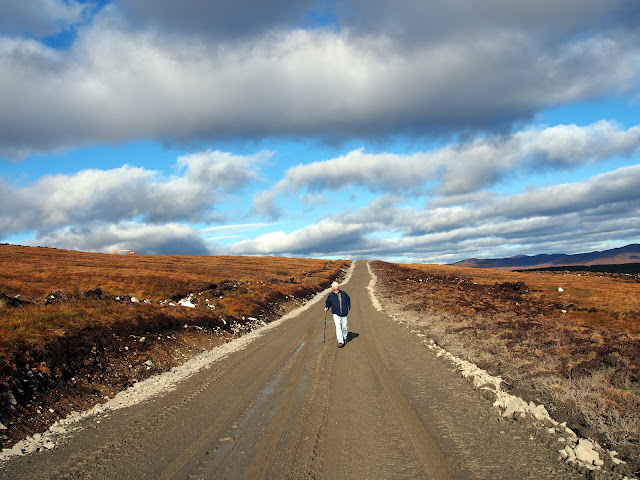 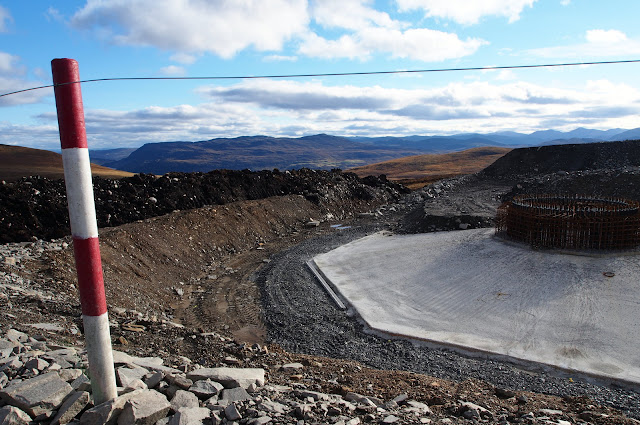 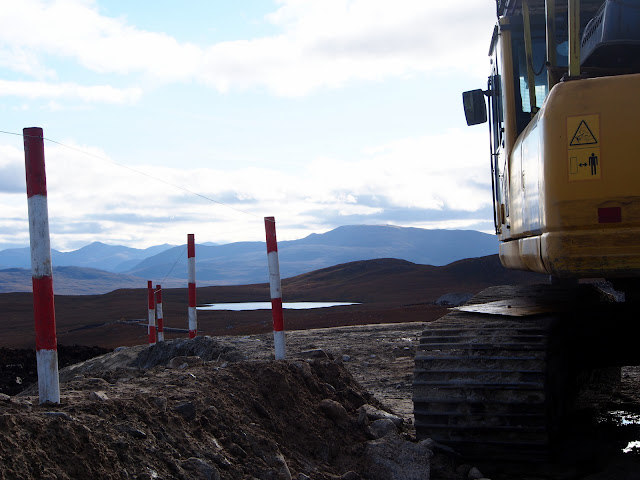 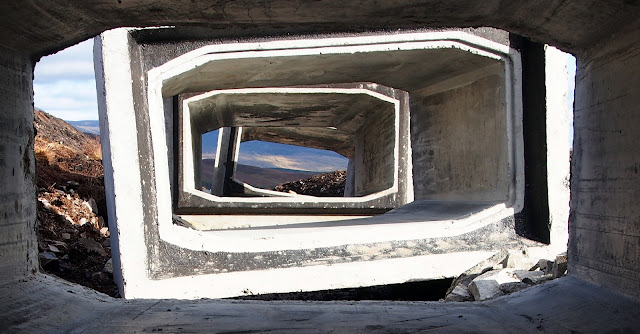 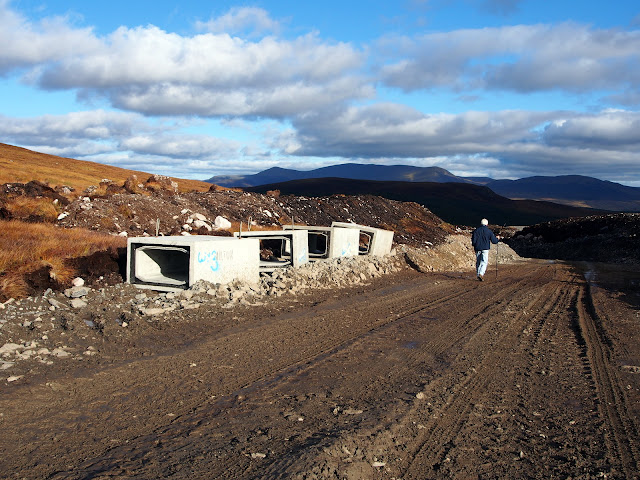 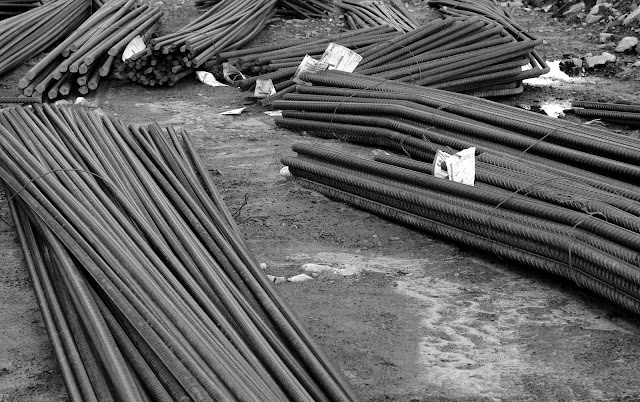 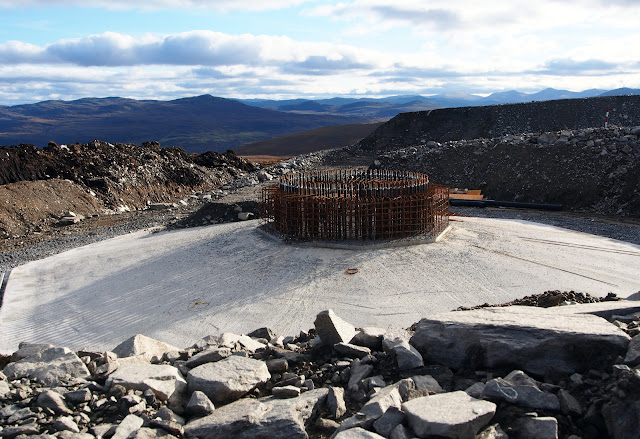 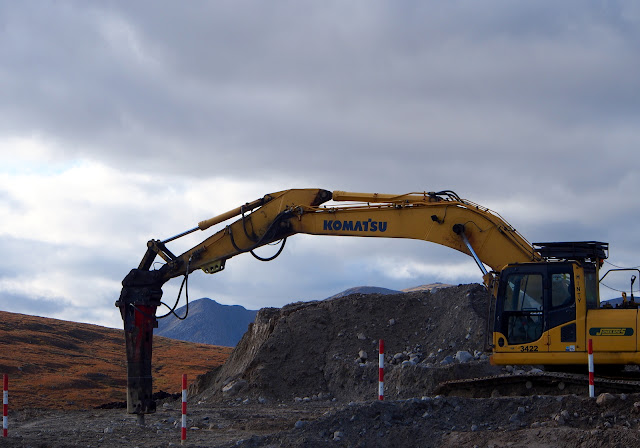 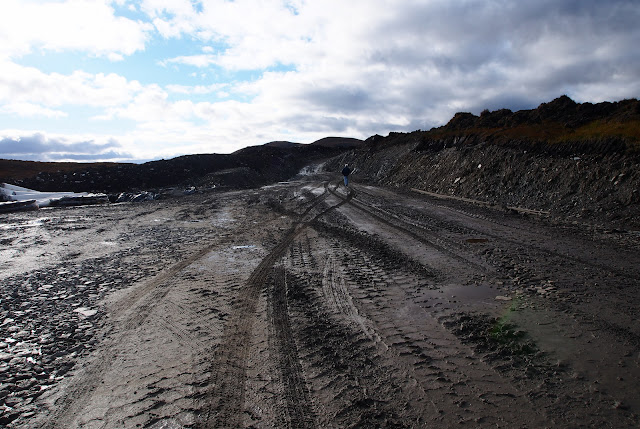 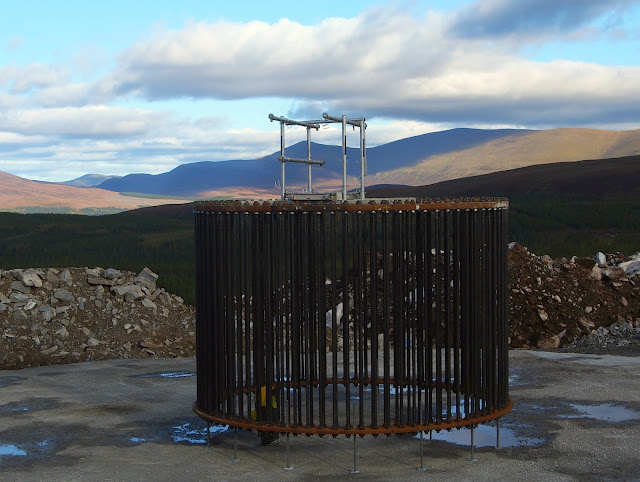 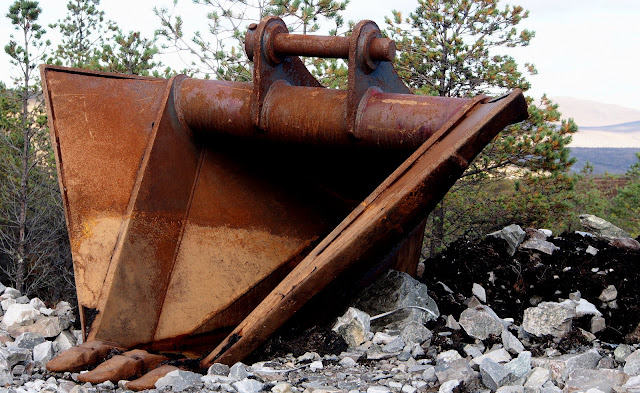 We went to see for ourselves. The construction site for the Loch Luichart wind farm. It's always been controversial but none more so than last week when an extension was granted increasing  the  agreed number of wind turbines from seventeen to twenty three.
It's an enormous site  sitting on high land between loch Glascarnoch and loch Luichart. We thought we could walk round it in an afternoon - we were wrong! Long  caterpillar track roads stretch into the distance.Tons of steel and concrete.
I'm not getting into debate here on whether wind farms are a good or bad thing, or where they should be placed - nobody wants them on their doorstep.
There was a strange fascination in seeing such organised devastation to the area on such a grand scale.
In the distance we could hear the roar of a male deer stag heralding the start of the rutting season. I wondered what he made of it?  Did he see the bright yellow diggers with their heads down as a threat to his female hinds? Many people see this site as a threat to the environment, and I left with a sadness that what has been done cannot be undone.

It does seem a shame to spoil such natural beauty. We have windturbines on a long pier near us and they do add something to the scenery (got a pic on flickr)but they are far enough away not to bother anyone living near.

So very very sad.
Vandalism on a grand scale to little purpose.

I remain unconvinced - so far - about wind power really making a difference, but the devastation caused by construction is shocking. And I know from my former life in the North East that the 'restoration' of land after (in the NE's case) open cast mining invariably produces a parody of what should be woodlands, walks, lakes and parks; very synthetic and sterile-looking. I wonder what this wind farm will look like when it's done?

Oh no, not there too - such a beautiful area. Every time I travel from Edinburgh to Glasgow through the blasted heath that lies between them I wonder why there isn't a concentration of wind farms there, where the bulk of the population is and where there is no scenic merit in the landscape. It certainly seems just as windy as beautiful rural areas, which are being spoilt to provide power to cities.